First Lady Michelle Obama Is on the Road with Let's Move 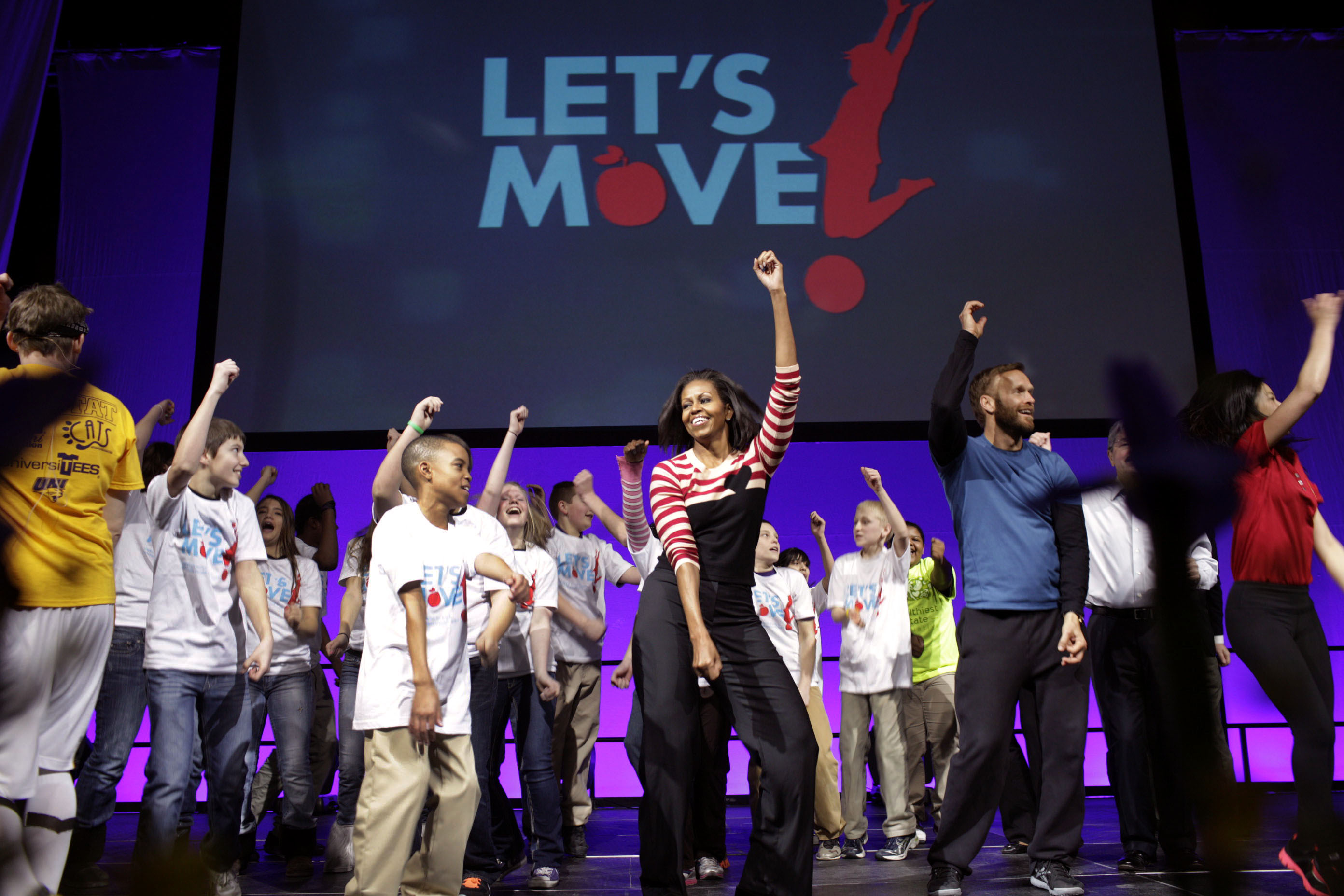 Ed note: this has been cross-posted from Let's Move!

To celebrate the second anniversary of Let's Move!, First Lady Michelle Obama is on a three day, four state tour, visiting people across the country whose lives have been impacted by her signature initiative.

First stop was Des Moines, Iowa where more than 14,000 students gathered to join Governor Terry Branstad as he declared February 9, 2012  Let's Move! Day in Iowa. The energy in the Wells Fargo Arena was electric, as Olympians Michelle Kwan and Shawn Johnson talked to the crowd of students waving "Let's Get Moving" signs about how eating healthy had helped them achieve their dreams.

Mrs. Obama said she she was in Iowa to celebrate the state's bold ambitions:

We could have had this party anywhere in the country, right? We could have gone anywhere, but there is a reason why we wanted to come here to Iowa to be with all of you. And that’s because I am so proud of what you all are doing to make Iowa the healthiest state in this country by 2016.

This is exactly what "Let’s Move" is all about.  We want every single state in this country to do exactly what Iowa is doing.

Before the whole audience joined in singing "Happy Birthday" to Let's Move!, the First Lady led the crowd in dancing  the "Interlude" -- which originated at the University of Northern Iowa.

Next stop for the Let's Move! team was the Little Rock Air Force Base in Arkansas where Mrs. Obama announced a groundbreaking commitment being made by the Department of Defense to secure the health of our troops and their families: For the first time in 20 years, the DOD is updating their nutritional standards to include more fresh fruits, vegetables, whole grains, lean meats,and  low-fat dairy products with every meal.

The First Lady praised the military leadership for being role models in the fight to improve our nation's health:

And I want to emphasize that in doing so, you're not just sending a powerful message throughout the military community.  You're sending a message to our entire country.  And that's one of the reasons I wanted to be here, because whenever our men and women in uniform step forward, America takes notice.  We are all inspired by your courage.  We are all inspired by your service and your sacrifice.

Mrs. Obama ended her day at an Olive Garden in Fort Worth, Texas, where she met with local parents who shared their concerns about raising healthy children as they sampled some of the healthy menu options from the popular chain, whose parent company, Darden Restaurants, has made a commitment to reduce calories and sodium in their meals and to provide healthier options in their kids’ menus. 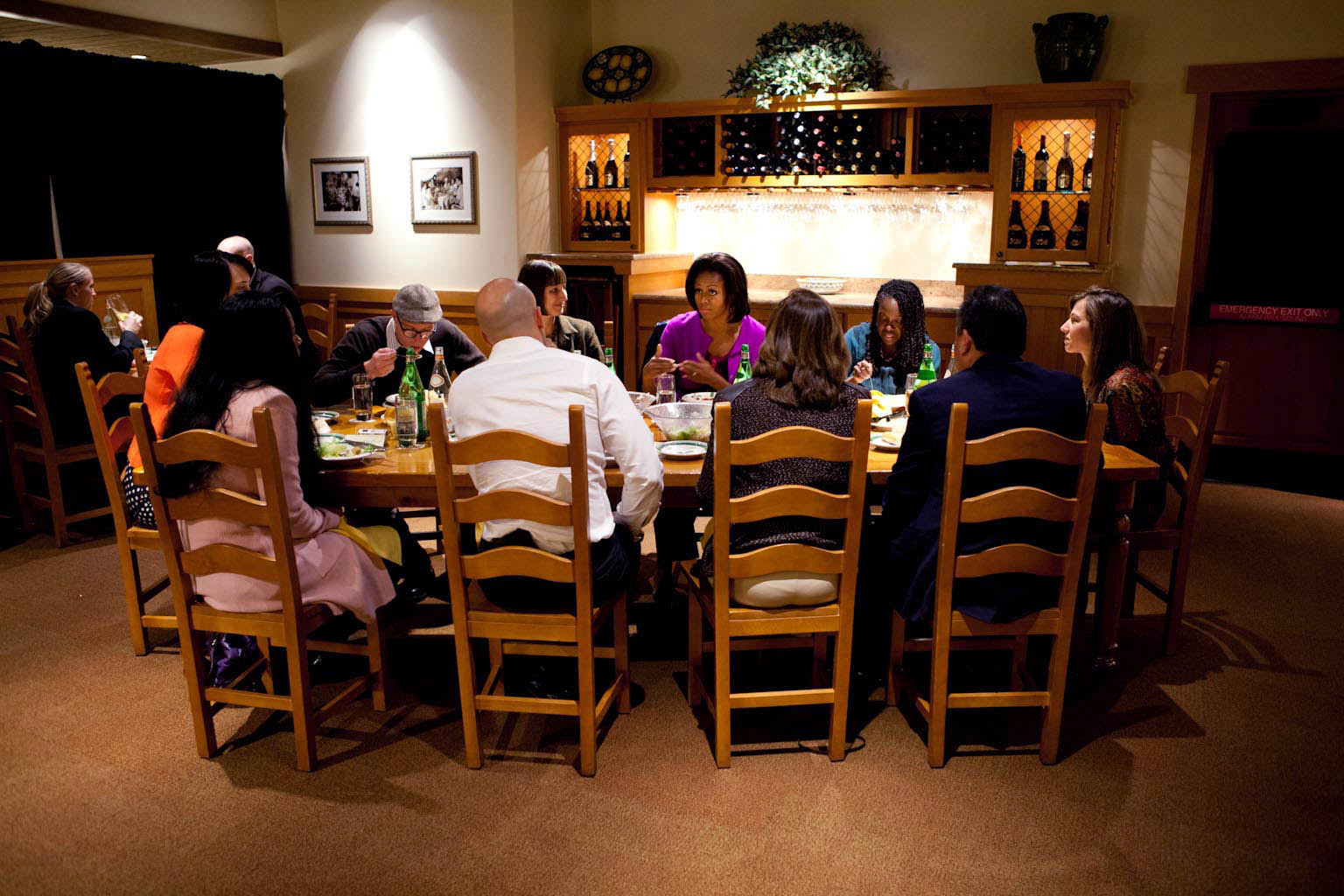 The Let's Move! birthday tour continues tomorrow morning in Dallas, with a Chef's Move to Schools event with local students.