February 10, 2012 at 2:00 PM ET by Megan Slack
Twitter Facebook Email
Summary:
A new policy will accommodate religious freedom while making sure that women have access to preventive health care, including contraception, at no cost, no matter where they work. 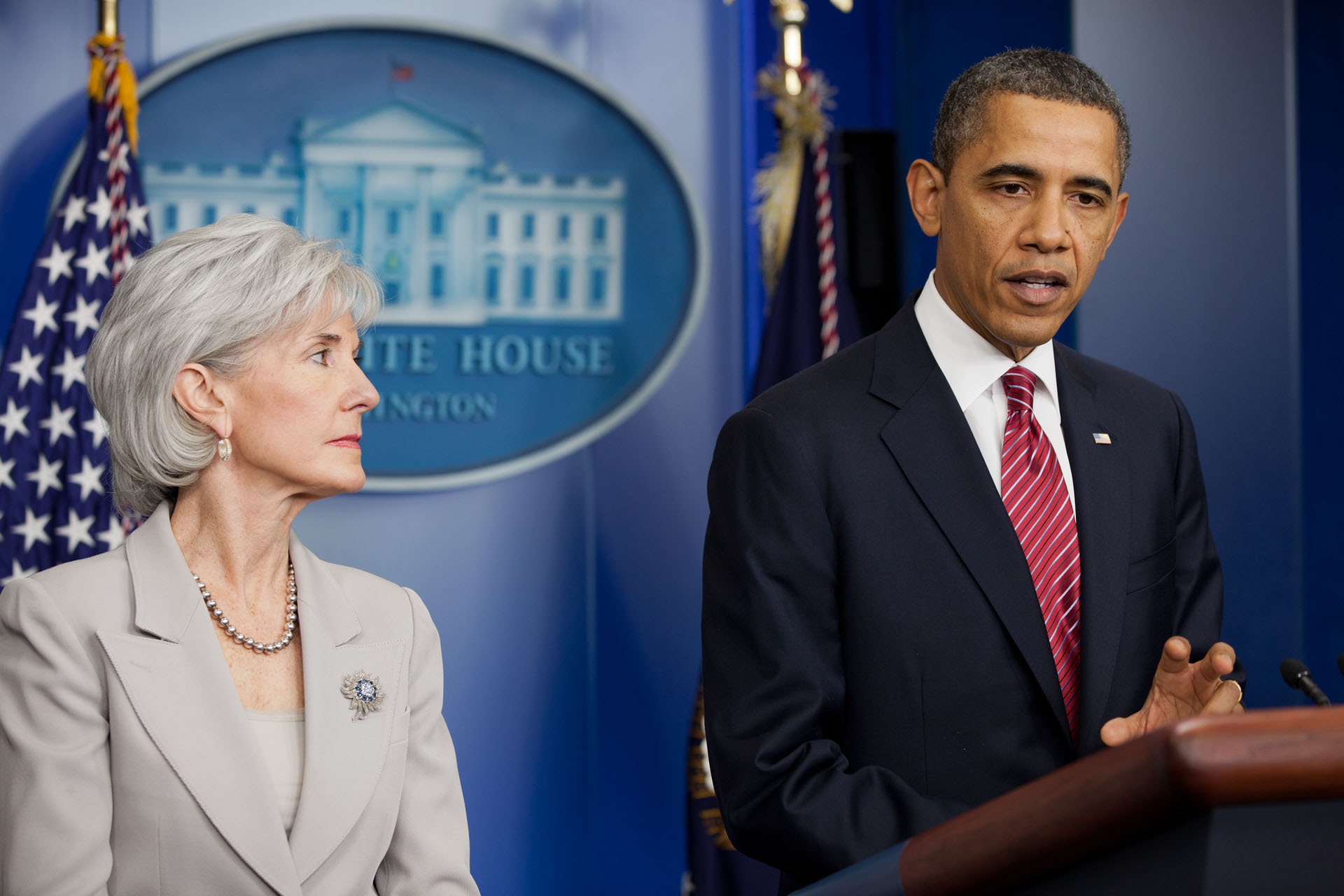 President Barack Obama, with Health and Human Services Secretary Kathleen Sebelius behind him, announces a new health care policy that requires a woman's insurance company to offer contraceptive care free of charge if the woman's religious employer objects to providing contraceptive services as part of its health plan coverage. The announcement was made in the James S. Brady Press Briefing Room of the White House, Jan. 12, 2012. (Official White House Photo by Pete Souza)

Today, President Obama announced a policy that will accommodate religious freedom while making sure that women have access to preventive health care, including contraception, at no additional cost, no matter where they work.

Thanks to the Affordable Care Act, most health insurance companies will cover women’s preventive care — services like well-woman visits, mammograms, immunizations, as well as contraception — without charging a co-pay or deductible beginning in August 2012.

Instead her insurance company will be required to directly offer her contraceptive care at no additional charge, as President Obama explained:

Under the rule, women will still have access to free preventive care that includes contraceptive services — no matter where they work.  So that core principle remains.  But if a woman’s employer is a charity or a hospital that has a religious objection to providing contraceptive services as part of their health plan, the insurance company — not the hospital, not the charity — will be required to reach out and offer the woman contraceptive care free of charge, without co-pays and without hassles.

Covering contraception is cost neutral for insurance companies since it saves money by keeping women healthy and preventing spending on other health services. The President said that nearly 99 percent of all women have relied on contraception at some point in their lives, but more than half of women between the ages of 18 and 34 have struggled to afford it.

Neither cost nor employer should dictate a woman’s ability to make choices about her own health, the President said:

Whether you’re a teacher, or a small businesswoman, or a nurse, or a janitor, no woman’s health should depend on who she is or where she works or how much money she makes.  Every woman should be in control of the decisions that affect her own health. Period.