February 13, 2012 at 11:02 AM ET by
Twitter Facebook Email
Summary:
In an op-ed published today, the First Lady talks about the progress Let's Move has made in its first two years 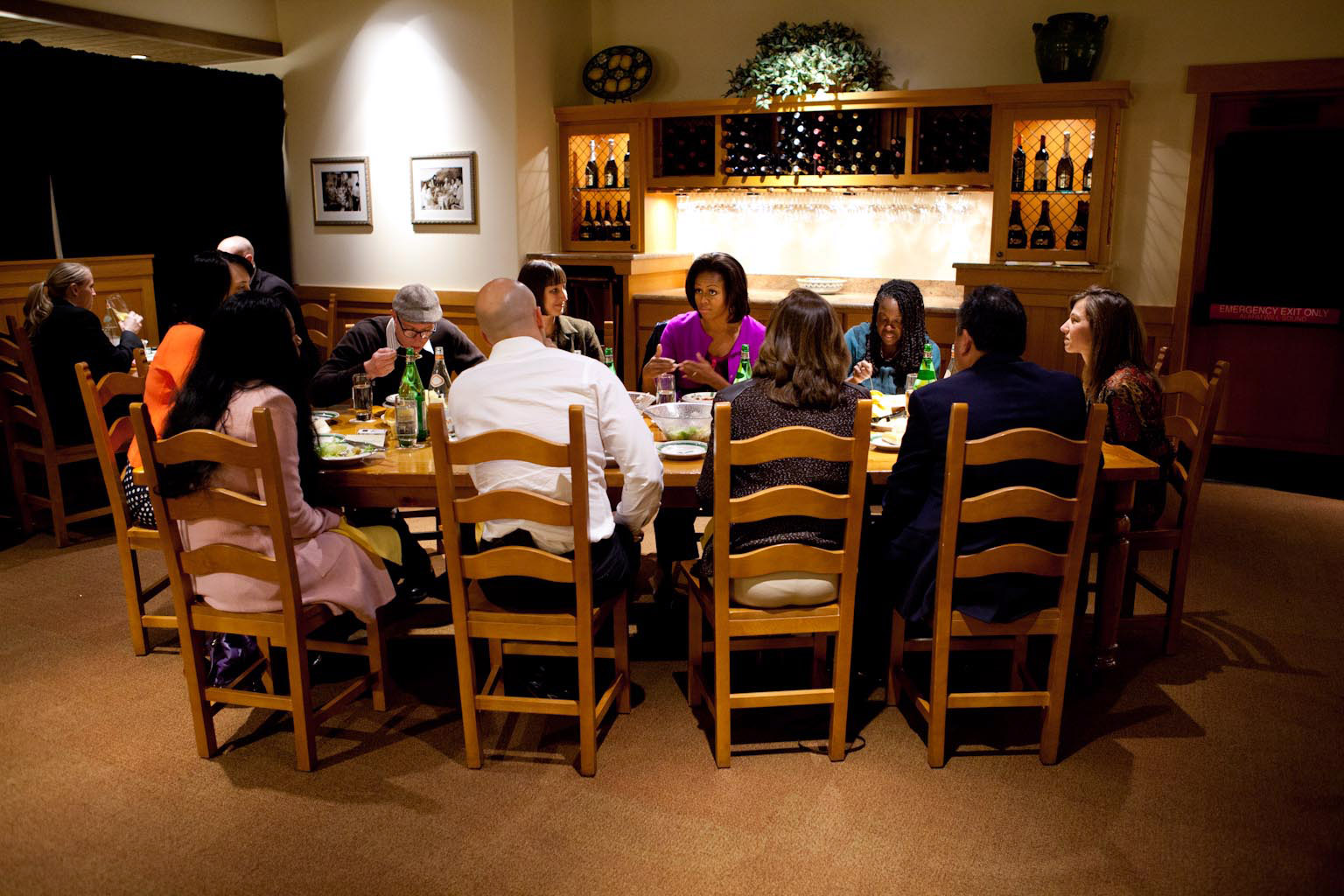 First Lady Michelle Obama holds a roundtable dinner discussion at an Olive Garden restaurant in Fort Worth, Texas, Feb. 9, 2012. Mrs. Obama met with the parents to hear their ideas on how Let’s Move! can continue to support families across the country. In September 2011, Darden, the world’s largest full service restaurant company which owns Olive Garden, made a commitment to improve their kids menus by offering a fruit or vegetable and low-fat milk with every meal, as well as reduce total calories and sodium across their menus. (Official White House Photo by Sonya N. Hebert)

Back when we first launched Let's Move! -- a nationwide initiative to end our childhood obesity epidemic -- in the back of my mind, I wondered whether it was really possible to make a difference.

I knew how serious this problem is. Nearly one in three of our children are overweight or obese, at risk for illnesses such as diabetes, heart disease and cancer that cost our economy billions of dollars each year to treat.

I also knew the conventional wisdom on this issue. There's the assumption that kids don't like healthy food, so why try to feed it to them? There's the belief that healthy food doesn't sell as well, so companies will never change the products they offer. And there's the sense that this problem is so big and entrenched that no matter what we do, we'll never be able to solve it.

But over the past two years, we have seen a new conversation in this country about how we live and eat and how that affects the health and well-being of our kids. Since we launched Let's Move!, people from every corner of this country who care about our children's futures have stepped up and proved the conventional wisdom wrong.

Read the entire op-ed from the First Lady at CNN.com

More from the Let's Move tour:
Michelle Obama: If You Are Doing Great Work, Tell Me About It
Michelle Obama Judges "Top Chef"
On the Road with Let’s Move
Watch: Behind the Scenes on the Let’s Move Tour
Two Years of Healthy Changes for Our Nation’s Kids
View a slideshow from the tour