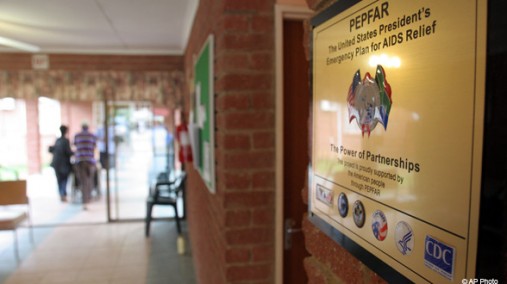 Today, the Obama Administration issued the President's budget request for fiscal year (FY) 2013. It demonstrates that the United States remains fully committed to the fight against global AIDS, and will meet the President's ambitious targets for HIV/AIDS treatment and prevention announced on World AIDS Day 2011. I am so proud that, even in a challenging budget environment with strict budget caps, the Administration has continued to make this work a priority.

This budget will enable PEPFAR to achieve the President's stated goals for the program, including on prevention and supporting 6 million people on treatment by the end of 2013. As we move towards creating an AIDS-free generation, President Obama and Secretary Clinton are focused on improving and saving lives -- these outcomes are the most important metric of success. The results to date speak for themselves:

Under this Administration, PEPFAR has matured. We've become more efficient, increasing the impact of our work. The FY 2013 request reflects this focus on finding efficiencies and continuing to drive down costs. By using generic drugs, shipping commodities more cheaply, task-shifting to nurses and community health workers as appropriate, and linking AIDS services to other programs (such as maternal and child health), we have dramatically decreased the per-patient cost of providing treatment and other services. We have reduced PEPFAR treatment costs per person from $1,100 to $335 per person and costs continue to fall -- every dollar we invest is going farther.

The growth in country ownership of programs is another critical piece of the story. Middle income countries with PEPFAR programs have begun to increase their investments in health programs, further reducing our direct costs. South Africa is the leading example of a country that has ramped up its investment (now over $1 billion) and indicates that it will continue to do so -- a key development, as it has the largest number of people living with HIV in the world.

As the PEPFAR program matures, we are able to maximize our impact based on new prevalence data and assessments of absorptive capacity. We focus resources on countries where we can have the largest impact on the HIV epidemics, and we carefully review our levels of support in countries with low HIV prevalence or where significant other resources are available. For example, we are freeing up resources by reducing programs in lower HIV prevalence countries like Ethiopia, and are eliminating support to countries like Russia (which has stated its intention to become a donor country). Kenya is an example of a mature program focused on sustainable country systems for program implementation and building up the capacity of local implementers. As a result, we are able to adjust Kenya funding to better match its capacity to absorb funds through these new mechanisms.

The President's budget for FY 2013 requests $1.65 billion for a contribution to the Global Fund to Fight AIDS, Tuberculosis and Malaria, fulfilling his pledge to seek $4 billion over three years for the Fund. As the President has stated, the response to the global AIDS pandemic is a shared responsibility. The Global Fund is the vehicle for others to step up and increase their investments. In fact, each dollar we invest in the Fund leverages $2.50 from other donors, and we will continue to seek to leverage our donations with other partners.

In October 2010, the U.S. tied our historic multi-year pledge to the Global Fund to successful implementation of reforms that increase the impact of grants. The Fund took decisive action in adopting comprehensive reforms last year, and we are encouraged by the appointment of the Fund's new General Manager, Gabriel Jaramillo, who has promised to advance the reform agenda as rapidly as possible. As a sign of support, the Gates Foundation has recently announced a $750 million commitment to the Fund, and Saudi Arabia has stepped up and contributed to the Fund for the first time.

I want to address any concern that our increased investment in the Global Fund may interfere with PEPFAR's ability to reach its bilateral goals. I can say with conviction that if this was the case, we would not be doing it. Our Global Fund investment is critical to the ability of our bilateral PEPFAR program to reach its goals. These two U.S.-supported efforts on global AIDS are now truly interdependent and collaborative. We are jointly funding many country programs and specific service sites, and as we review our country PEPFAR programs, again and again we see that the success of Global Fund grants is a critical factor in the success of our work.

Saving lives is the bottom line, and to reach it, we need a strong PEPFAR and a strong Global Fund.

In their remarks in late 2011, President Obama and Secretary Clinton put forward the inspiring vision of an AIDS-free generation. With this budget, the United States will keep our commitments, and we will meet our ambitious targets.