2013 Transportation Budget: What It Means for You

February 14, 2012 at 10:24 AM ET by Secretary Ray LaHood, Ray LaHood
Twitter Facebook Email
Summary:
President Obama's 2013 Budget reflects the central role of transportation in the lives of Americans and in the vitality of our nation's economy

Ed note: this post originally appeared on Fastlane, the official blog of the Department of Transportation

It has been more than two years and four months since America's transportation funding expired. Congress has extended the law with short-term patches eight different times. But, with bridges crumbling and highways choked with congestion, our nation needs the planning certainty that comes from a long-term transportation bill, a bill that puts people back to work rebuilding our roads, bridges, transit systems, and airports.

An America built to last needs a strong transportation infrastructure.  Without the ability to move goods and people safely and efficiently, we're stuck standing still. That’s why the President’s budget will improve America’s highways, rail lines, and transit networks, allowing for growth and continuing to ensure that these systems are safe.

Of the President’s proposal, $305 billion would fund road and bridge improvements. Now, that's a long overdue 34 percent increase over the previous transportation bill. And this proposal will also streamline and simplify our highway system by consolidating more than 55 different programs down to just five.

Our roadways cannot bear the burden of America's growing population on their own; investing in the nation's transit systems is another critical need, which is why President Obama’s budget includes $108 billion over six years for transit -- a 105 percent increase -- prioritizing projects that rebuild and rehabilitate existing transit systems, and including an important new transit safety program.

President Obama’s budget also provides $2.5 billion in 2013 as part of a $47 billion six-year investment to continue construction of our national high-speed rail network.  The Federal Railroad Administration has been working with stakeholders to plan and develop high-speed rail corridors across the country that will create new choices for travelers.  And work is already underway on eight projects, which are on-time and under budget.

President Obama’s 2013 budget will support the research and technologies that America’s next generations will need to sustain a thriving economy.  As we rebuild, we can no longer afford to continue operating our transportation systems the same way we did 50 years ago, with outdated processes and financial tools that were made for yesterday’s economy.

For example, the Federal Aviation Administration is in the midst of the largest transformation of air traffic control ever. The President’s budget requests more than $1 billion to advance modernization of our airspace through “NextGen” satellite air traffic control technology that will increase on-time arrivals and make flying more efficient. 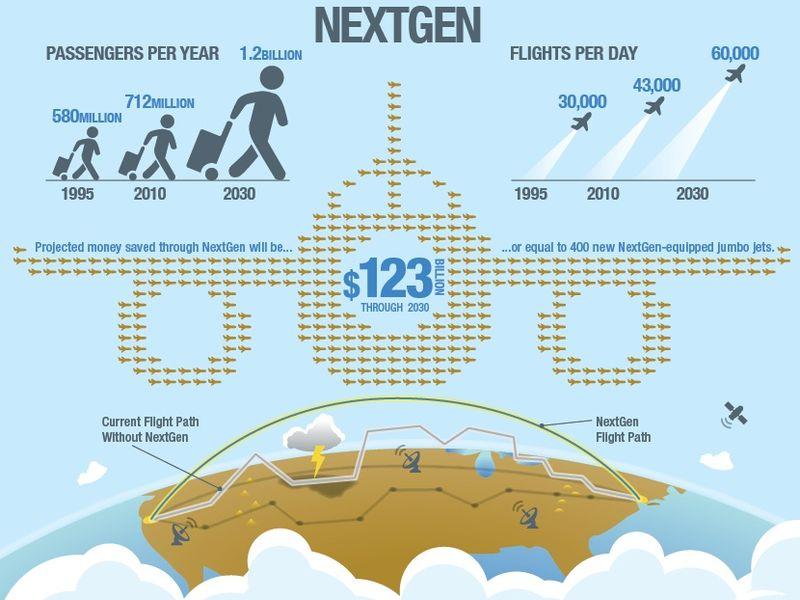 His proposal will also elevate the vital role research plays in transportation decision-making by moving the Research and Innovative Technology Administration into a new Office of the Assistant Secretary for Research and Technology. This change will provide a prominent centralized focus on research and technology that will improve collaboration and coordination among the research programs of DOT's operating administrations.

Keeping our transportation systems safe will always be DOT's top priority. In keeping with this commitment, President Obama has proposed a record level of investment in safety.  That includes $7.5 billion over the next six years to the National Highway Traffic Safety Administration to promote seatbelt use, get drunk drivers off the road, reduce distracted driving, and ensure that traffic fatality numbers continue dropping from current historic lows. The budget will also dedicate $4.8 billion to the Federal Motor Carrier Safety Administration to ensure that commercial truck and bus companies maintain high operational standards and that high-risk carriers and drivers are off our roadways.

Our safety focus must also include the transportation of hazardous materials and our network of pipelines. So the President’s budget requests $276 million for the Pipeline and Hazardous Materials Safety Administration to help ensure that families, communities, and the environment are unharmed by the transport of chemicals and fuels on which our economy relies.

The 2013 budget proposed by President Obama reflects the central role transportation plays in the lives of Americans and in the continued vitality of our economy. I appreciate the President's confidence in DOT and in the dedicated public servants who work hard every day to run the Department's programs, and I look forward to seeing Congress pass this budget so we can put the President's proposals into action.

For further information, please read the Department of Transportation's 2013 Budget Highlights on their website.