February 14, 2012 at 2:07 PM ET by Matt Compton
Twitter Facebook Email
Summary:
The President pledges to continue the fight until a bill extending tax relief for 160 million Americans is on his desk. 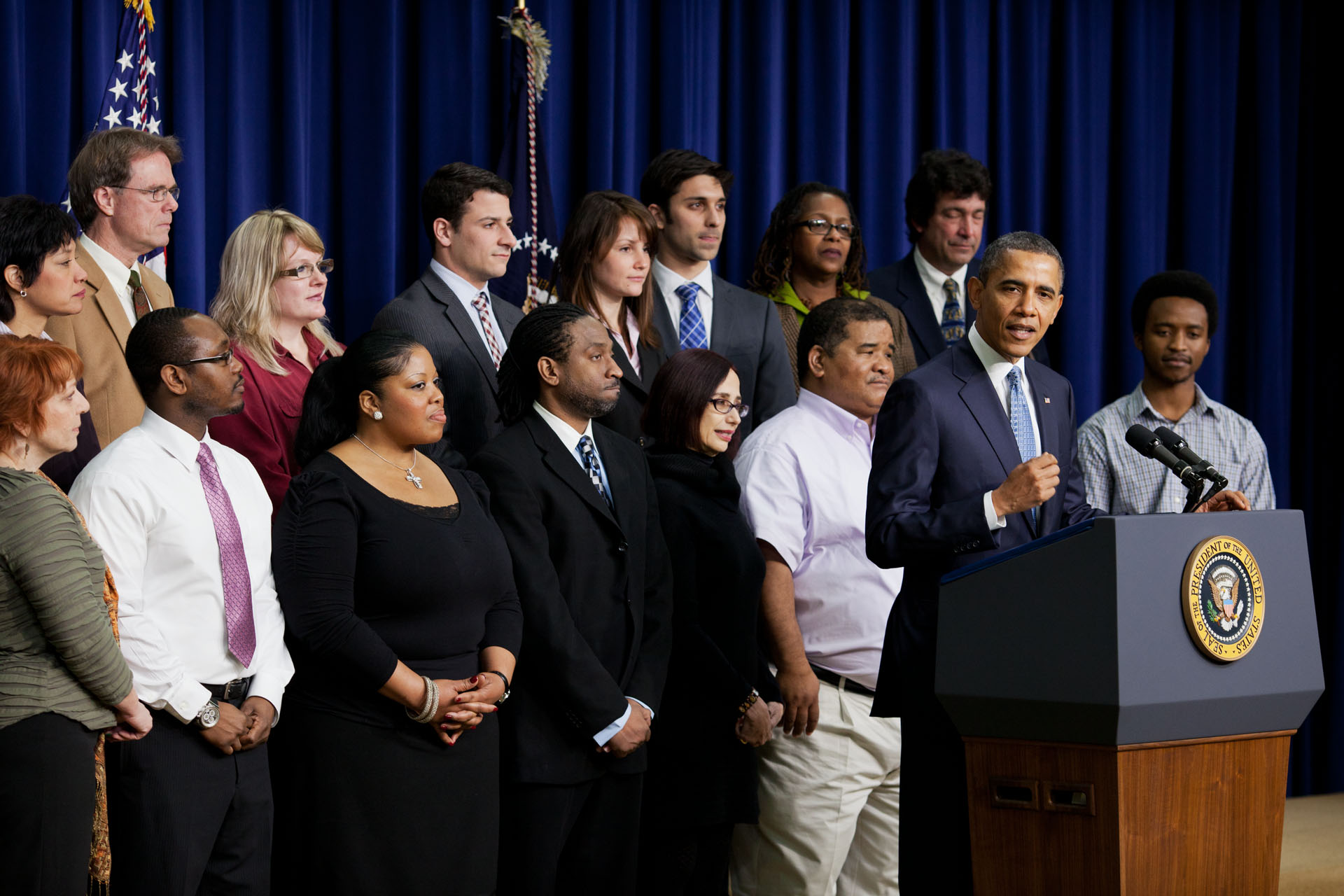 President Barack Obama delivers remarks during an event pushing Congress to extend the payroll tax cut and unemployment insurance through the end of the year, in the Eisenhower Executive Office Building South Court Auditorium, Feb. 14, 2012. The President was joined by Americans who have shared what $40 a paycheck means to them, and who would be affected if Congress doesn't act. (Official White House Photo by Pete Souza)

President Obama this morning called on Congress to extend the payroll tax cut and unemployment insurance upon which millions of American rely -- renewing a public campaign that began in December when tens of thousands of Americans took to email, Twitter, and Facebook to say what they would have to give up without the extra money from the tax cuts.

Currently, 160 million Americans benefit for the tax relief that's set to expire at the end of the month. The typical family saves about $40 with every paycheck.

Surrounded by individuals who had written to the White House to say what they would give up without $40, the President said:

Last December, when we had this same fight, your voices made all the difference. We asked folks to tell what it was like -- what it would be like if they lost $40 out of every one of their paychecks -- because we wanted to make sure that people understood this is not just an abstract argument, this is concrete. This makes a difference in the lives of folks all across the country in very important ways.

The President told the story of an entrepreneur named Thierry -- who was in the audience. Thierry wrote the White House to say that if he had to give up $40 with each paycheck, he'd be forced to make the choice between gas money that helps him get to his day job and paying for the Internet service that he needs for his small business. "Forty dollars," Thierry said, "means a heck of a lot."

There were hopeful signs yesterday that the message from people like Thierry might be resonating with lawmakers. But the President pledged to take nothing for granted -- to continue the fight until a bill was on his desk:

[We've] got to keep on making sure that the American people's voices keep breaking through until this is absolutely, finally, completely done. Until you see me sign this thing, you've got to keep on speaking up. Until you see that photograph of me signing it at my desk, make sure it's verified, certified. If it's not on the White House website, it hasn't happened. And I'm going to need to make sure that your voices are heard.

Rest assured that when the President signs the legislation to extend the payroll tax cut, we will indeed write up the details and post a picture on WhiteHouse.gov.

Until then, keep on speaking out: http://obamawhitehouse.archives.gov/40dollars