February 15, 2012 at 9:00 AM ET by ONDCP Staff
Twitter Facebook Email
Summary:
The Community Anti-Drug Coalitions of America (CADCA) Leadership Forum brought together hundreds of Americans from across country who are working to prevent drug use in their communities.

The 2012 Community Anti-Drug Coalitions of America (CADCA) Leadership Forum, held February 6 – 9 near Washington, DC, drew thousands of coalition leaders and supporters from all over the country.  This annual Conference is an opportunity for grassroots activists from across the country to learn, network, and get motivated to reduce youth substance use.

ONDCP was out in force at the conference, hosting workshops, giving presentations, and even receiving awards.  One of ONDCP’s very own interns won the prestigious CADCA Youth of the Year Award for his work in the State of Washington.  Teddy McCullough, a student at American University, is currently an intern with the Office of State, Local, and Tribal Affairs at ONDCP.  Just 18 years old, Teddy gave an inspirational speech at the Awards luncheon and serves as an excellent example of the power of community coalitions.

Also speaking at the luncheon was Maryland Congressman Elija Cummings, who commended the attendees for their activism and encouraged those present to speak their mind in the face of substance abuse.

Deputy Director Tucker opened the conference with a speech emphasizing the need to reduce youth drug use so our Nation can remain competitive, reach its potential, and fulfill what the President envisioned in his State of the Union address as an “America built to last.”

Deputy Director Mineta addressed graduates of the National Coalition Academy, praising those who had successfully completed a one-year course designed to enhance the ability of anti-drug coalitions to reduce drug use and its consequences in communities.

The energy and enthusiasm of the group was palpable as participants gathered to put the National Drug Control Strategy into action. 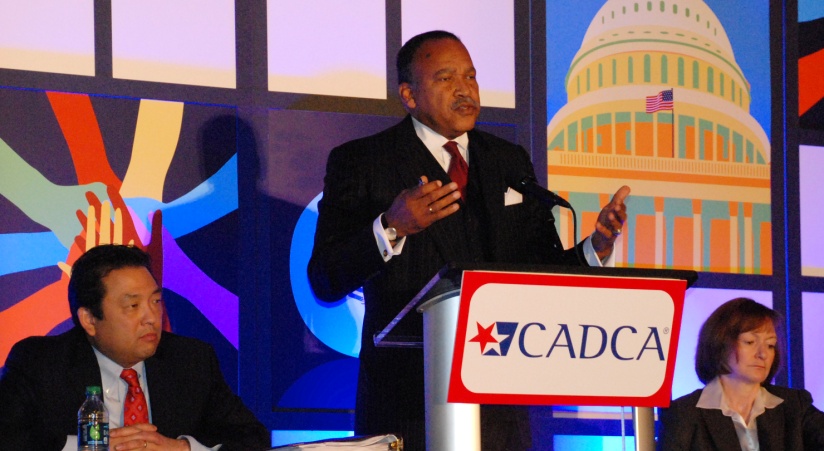