February 15, 2012 at 1:30 PM ET by Philip Guerin, Philip D. Guerin
Twitter Facebook Email
Summary:
Philip D. Guerin, Director of Environmental Systems for the Department of Public Works and Parks, for the City of Worcester, MA, explains how all levels of government can work together to make environmental advances. 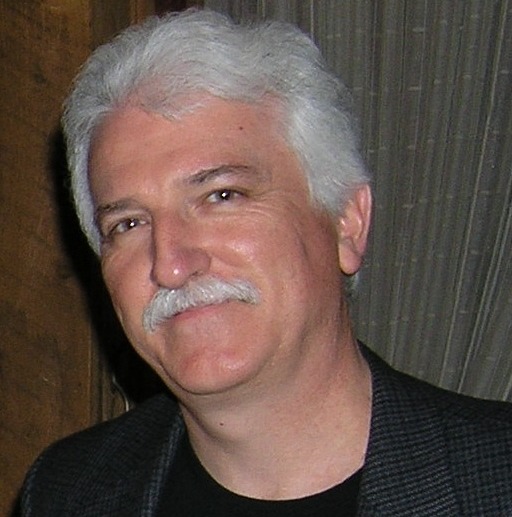 I am honored and humbled to have been selected as a White House Champion of Change.  This honor stems from my role in bringing solar photovoltaic power to the Water Filtration Plant that provides drinking water to some 200,000 people in Worcester, MA and surrounding towns.  I can honestly say that my involvement in this project has been relatively minor and mostly consisted of shepherding it through the City and keeping it moving forward.  Nevertheless, I will accept this recognition on behalf of my City and the many individuals and agencies that played pivotal roles in bringing it about.

The Worcester Water Filtration Plant solar photovoltaic project consists of a roof-mounted and a ground-mounted array of solar panels that provide supplemental power to this drinking water treatment facility.  The roof array has been in operation since June 2011 while the ground array just went into operation in February 2012.  The solar panels produce 135 kW of electric power and are expected to provide 5% of the electrical power needs of the plant.  The design and construction of the solar power systems were 100% funded by federal ARRA dollars made available via the State Revolving Fund.

While the solar project will provide some savings to the City and its water ratepayers in the form of reduced electric costs and may play a small role in reducing greenhouse gas emissions, the real story to be told about this project is one of cooperation between all levels of government.  It demonstrates that federal, state and local governments working in harmony to each achieve mutually beneficial goals can, in fact, happen.

The project has its roots in a 2008 study of energy use at water and wastewater facilities across the state funded by the commonwealth.  That study, which included the Worcester Water Filtration Plant, identified opportunities for renewable energy and energy savings at many plants.  However, many of these potential projects required capital expenditures that cash-strapped municipalities could not justify or afford.  Enter a world-wide economic crisis and a federal stimulus program and the money to make these projects happen magically appeared.  For the Commonwealth of Massachusetts, which set a goal to promote and encourage development of a solar power industry and to advance renewable energy, it was a clear win.  Similarly, for the USEPA and the federal government it was a win in advancing renewable energy, energy efficiency and successful use of ARRA funds.  But the win also extends to the City of Worcester, a community that has taken a leadership role in “energy consciousness”.  Worcester is a designated Green Community, a title bestowed upon Massachusetts municipalities that have demonstrated a lasting commitment to advancing energy efficiency and promoting use of renewable energy.  The Filtration Plant solar project is thus a perfect fit for Worcester which, in addition to being an energy use leader is also grappling with aging water infrastructure issues and in need of any cost savings it can muster to unburden its ratepayers.

That brings up the second part of this story.  If all levels of government can work together and each come out a winner on a solar power project, why can’t that same mindset come to bear on other interactions between federal, state and local governments?  The irony of my being honored as a Champion of Change based on a nomination from USEPA is not lost on me or the administration at Worcester DPW&P.  For the past few years a considerable part of our time has been spent sparring with USEPA over permits issued under the Clean Water Act.  Many of these disputes could be resolvable if only there were dialogue and understanding of not only statutory requirements but also local needs and realistic expectations.

Finally, any success I have gained in my career is directly linked to my desire and ability to get involved and push for positive change.  I can do this because I work for a city that embraces the concept of leadership.  It is not in the fabric of the City of Worcester to stand idly and watch the world pass by.  My City wants to influence that world for its own benefit and for the benefit of others.  I am thus encouraged to participate with others of the same ilk in the Massachusetts Water Works Association, a professional organization dedicated to the advancement of the drinking water profession.  Similarly, I was able to help create the newly formed Massachusetts Coalition for Water Resources Stewardship, a group of professionals formed to advocate for the interests of municipalities and districts relative to water resources issues.  The strength of both organizations is a core of professionals including water suppliers, public works officials, municipal leaders, consulting engineers and equipment vendors who volunteer their time to educate, encourage and advocate for thoughtful change in how water infrastructure is managed and regulated.  That call for change does not always take a pleasant path and may cause friction between regulatory agencies and the public entities they regulate.  It is the path most often followed across the nation but it need not be.  The solar projects in Worcester and in other communities across Massachusetts are prime examples of a different and very effective approach.  The great progress made in cleaning up the nations’ waters during the early years of the Clean Water Act is another case where partnerships between all levels of government came to bear.  That resulted in arguably the greatest improvement in environmental quality that this nation has seen.  Governmental partnerships based on shared goals, resources and attitudes have to be the way forward if we are to achieve real success.   That is a change for which I will proudly be a champion.

Philip Guerinis currently Director of Environmental Systems for the Department of Public Works and Parks, for the City of Worcester, MA.