February 15, 2012 at 4:29 PM ET by Brad Cooper
Twitter Facebook Email
Summary:
The First Lady and Dr. Biden set a goal of all 50 states passing legislation that addresses licensing issues that impact more than 100,000 military spouses by 2014 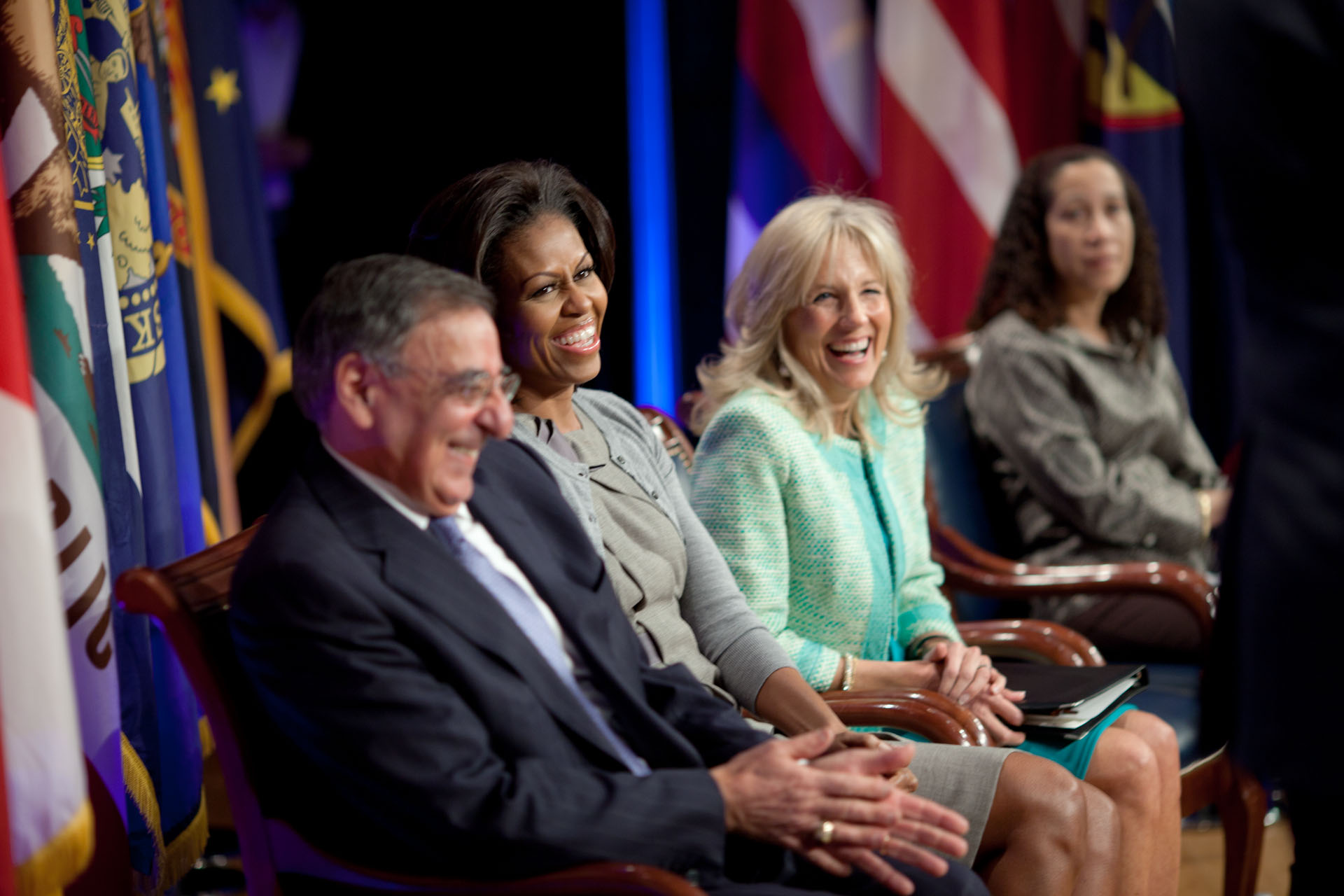 Earlier today, I had the great privilege of joining the First Lady, Dr. Biden, members of Congress, the Secretary of Defense, the Chairman of the Joint Chiefs of Staff, the Joint Chiefs and state legislators at the Pentagon for a major announcement impacting our nation’s military spouses.

In their travels to military bases across America and throughout the world over the last three years, the First Lady and Dr. Biden have heard stories from countless military family members and spouses. One of the top issues they hear about everywhere they go deals with the professional licensing requirements that affect how military spouses can move forward in their careers.

These spouses are among the more than 100,000 military spouses who serve in one of 50 professions that require a state license or credential – teachers, nurses, childcare providers, dental hygienists, real estate brokers, speech pathologists and many other professionals.

Here’s why this matters: military families are asked to move again and again as their husband or wife serves our country.  In fact, military spouses move at a rate that is 10 times greater than the civilian population.

Each move to a new state can mean different credentialing or licensing standards – a process that can sometimes take months to resolve.  In so many cases, these are qualified professionals who simply can’t work in their field because they’re waiting on paperwork.

Take Kelley Crenshaw from Chilhowie, Virginia, now living in North Carolina. She’s a teacher married to a Marine Master Sergeant who’s been deployed seven times.  Over the past 13 years, Kelly has taught second grade in North Carolina … elementary reading in Virginia … kindergarten through third grade in Okinawa, Japan … and first grade in Colorado. Each move meant a new license, and with those came new fees, new courses, and months of waiting for all the paperwork to be processed.

Or Kelly Crowley, a nurse married to an Army Captain. She grew up in Reading, Pennsylvania, and married her husband four years ago. In those four years, she’s moved four times, worked in three different states, with three different licenses.

Having heard so many stories like these, the First Lady and Dr. Biden today rolled out a joint report from the Departments of Defense and Treasury that outlines best practices that states can adopt to support military spouse employment and license portability.

Importantly, the First Lady and Dr. Biden set a goal of all 50 states passing legislation that addresses these licensing issues by 2014.

The good news is that 11 states – many with sizeable military populations – have already leaned forward and adopted laws that support military spouse license portability: Alaska, Arizona, Colorado, Florida, Kentucky, Missouri, Montana, Tennessee, Texas, Utah, and Washington. Thirteen other states have spouse license legislation either pending or waiting to be introduced.  But there’s more work to be done.

Today also marked a commitment to redouble our efforts to honor and support military spouses all over this country – one that doesn’t stop with the release of this report. The First Lady and Dr. Biden will address this issue to the nation’s Governors and their spouses later this month at the National Governors Association annual conference and will continue to work closely with the Department of Defense, professional organizations and military family advocacy groups to encourage the remaining 26 states to sign military-spouse friendly legislation in the next two years.