Ed. Note: This piece is cross-posted from the Department of Housing and Urban Development's official website.

Over 500 partners and 50 local, regional and national agencies rolled up their sleeves and went to work on February 10th, as they collaboratively met to learn more about the new White House Housing Plan and Mortgage Settlement and to tackle their specific issues as part of the White House Community Partnership Summit in Atlanta. The Department of Housing and Urban Development and the General Services Administration along with Human and Health Services worked together along with other agencies to make the summit at the Martin Luther King Federal Building possible. HUD Secretary Shaun Donovan addressed attendees and brought them up to date on the overall and unprecedented $25 billion mortgage settlement via video conference. Congressman John Lewis got the attendees going with his inspired remarks about working together with an outstanding Administration that wants everyone to succeed. 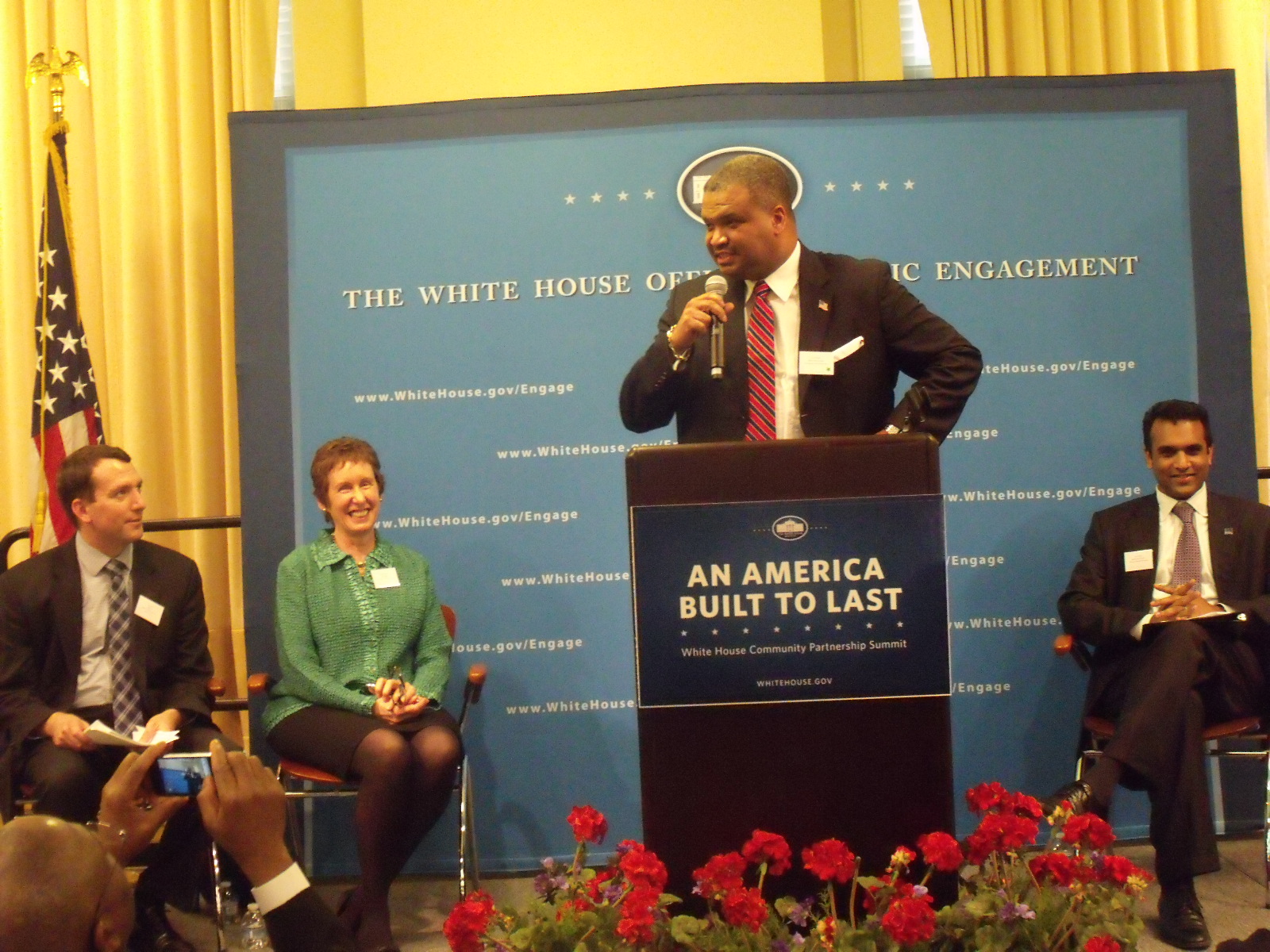 The Department of Housing and Urban Development (HUD) Southeast Regional Administrator Ed Jennings, Jr. expounded on those remarks and later, along with General Services Administration Administrator Martha Johnson lead a discussion on a number of issues including key aspects of the President's plan to help responsible borrowers and heal the housing market. Contained in this proposal is a broad based refinancing plan to help responsible borrowers save an average of $3,000 a year, implementation of a "homeowner's bill of rights", and increasing incentives for modifications that help Americans rebuild equity in their homes.

Friday's summit began with a morning plenary session followed by a set of open space dialogues, in which participants set the agenda and identified action steps with officials throughout the afternoon. The open space dialogues facilitated in-depth discussions on topics from housing and health care to education to jobs and the economy. Senior HUD representatives from the Georgia office and the Deputy Regional Administrator, Karen Jackson Sims, participated throughout the day. The summit in Atlanta is the first in a series of White House Community Partnership Summits that will provide an opportunity for senior Administration officials to discuss Administration policies with community leaders, small business owners and state and local elected officials across the country over the coming months.

Joseph Phillips is the Region IV Public Affairs Officer for the Department of Housing and Urban Development.