February 21, 2012 at 7:32 PM ET by Kendra Barkoff
Twitter Facebook Email
Summary:
Vice President Biden said the expanded access made possible by the Payroll Tax Cut deal will be “used for innovation, to speed wireless communication, and to fulfill a promise made to first responders after 9/11 that they would have the technology they need to stay safe and do their jobs” 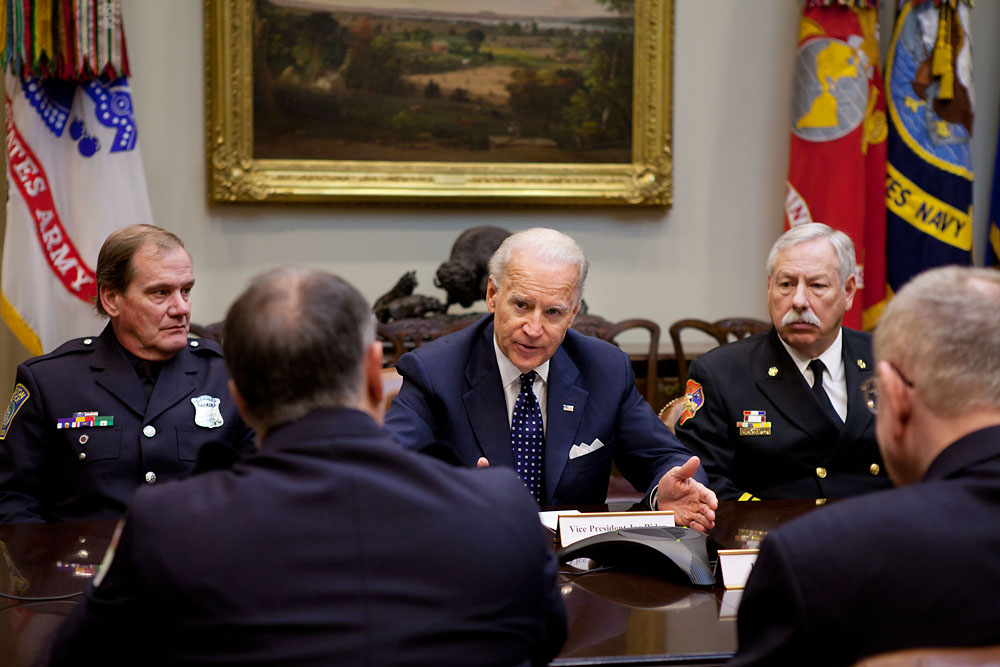 Today, Vice President Biden met with law enforcement officials, firefighters and public safety groups in the Roosevelt Room and spoke to a couple hundred more first responders by telephone to thank them for their service and to discuss the new nationwide public-safety broadband network included in the Payroll Tax Extension legislation.

Members of the audience included police chiefs and sergeants from the New York City Police Department, the International Association of Fire Chiefs, and the National Association of Police Organization, among others. The Vice President discussed the need to ensure the safety of first responders and the public,and announced a new report from the Council of Economic Advisers (CEA) that discusses the positive benefits of wireless broadband for public safety as well as jobs, growth, and investment.

The report illustrates the economic impact of President Obama’s goal of doubling the amount of spectrum available for wireless broadcast over ten years, while adopting a nationwide inter operable wireless network.

Vice President Biden said the expanded access “will enable new spectrum to be used for innovation, to speed wireless communication, and to fulfill a promise made to first responders after 9/11 that they would have the technology they need to stay safe and do their jobs.”

“I’ve been working on changing the way we allocate spectrum for a long time,” Vice President Biden said, “because a smarter system is good for our economy, good for innovation, and vital to keeping our communities as well as our cops, firefighters and EMTs safe.”