February 23, 2012 at 10:02 AM ET by Christopher R. Upperman
Twitter Facebook Email
Summary:
The theme for this year’s African American History Month is “Black Women in American Culture and History.” As the month continues, we begin our series highlighting influential African American women from across the Obama Administration. 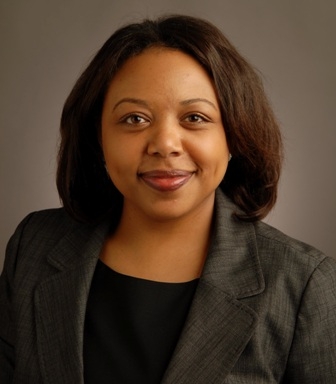 Yeshimebet Abebe serves as the Advisor to the Secretary of Agriculture for Special Projects, where her portfolio includes USDA’s Strike Force Initiative.  She recently served as the Acting Chief of Staff for Research, Education and Economics (REE) where her responsibilities included the managing of the daily priorities of the four agencies that comprise REE, the Agricultural Research Service (ARS), National Institute for Food and Agriculture (NIFA), Economic Research Service (ERS), and National Agriculture Statistics Service (NASS).

An Iowa native, Yeshi has a Bachelor of Science in Urban and Regional Studies from Cornell University, a Juris Doctor from the University of Miami School of Law, and a Master’s of Arts in International Law and the Settlement of Disputes from the University for Peace in Costa Rica.

What achievements are you most proud of being a successful black woman?

I am most proud to be working for President Barack Obama’s administration under Secretary of Agriculture Tom Vilsack on issues that are very important to me. I always knew I wanted to work on development and prosperity building to help those in need. However, I knew that in order to pursue my dream, I needed to build a strong foundation. I studied hard, incorporated my domestic and international experiences, and am proud to have become an urban regional planner and lawyer.

There are countless distinguished and notable black women of the past such as, Rosa Parks, Sojourner Truth, and pioneer Harriet Tubman, which historical figure would you say inspired you the most as a black woman?

The life of Harriet Tubman captivated me since I was a young girl and her story continues to inspire me today. Moses, as she was called, was a petite woman who stood her ground and commanded change. Although she escaped slavery to gain her freedom, she became a conductor on the Underground Railroad and led a countless number of individuals to freedom while never losing a passenger. Her magnanimous contributions to this country and her ultimate sacrifice of freedom, family and life were fueled by her faith and conviction in doing what was right.

What service do you feel you have to represent the historically prominent black women that have come before you?

I stand on the shoulders of a legacy of prominent Black women who have not only paved the way for me, but they have extended their hand to bring me along as well. Over the years, I have met with many young people who have sought guidance. These interactions have led to long-lasting mentoring relationships that have allowed me to provide the support to others that I received during my transformative years. I will give back and pay it forward.

A well-known African proverb states, "If you want to go quickly, go alone. If you want to go far, go together."  I am proud to have been in the presence of successful African American women in this Administration such as First Lady Michelle Obama, UN Ambassador Susan Rice, EPA Administrator Lisa Jackson and Surgeon General Dr. Regina Benjamin.

I want to share some of the principles that I have followed that have guided my aspirations:

• Take advantage of every educational opportunity.
• Be open to careers in science, technology, engineering and mathematics (STEM), because these fields need more women of color.
• Learn another language and travel abroad.  The global economy will require these skills to lead our Nation's best and brightest.

During the State of the Union Address, President Obama laid out his blueprint for an America built to last. Explain what you believe is the most important aspect of the President’s address?

The President's State of the Union Address and his blueprint focuses on American workers, values, manufacturing and energy because hard working, responsible Americans deserve to get a fair shot. Because many Americans, including Veterans, are looking for work, I believe the President's initiative to forge new partnerships between community colleges and businesses to train and place millions of skilled workers in well paying positions. The President will bring in a new era of American manufacturing, with more good jobs and more products stamped Made in the USA.

I know the President's blueprint will rebuild our economy because over the past 22 months, our businesses have created 3.2 million jobs. In the past three years, USDA has helped more than 450,000 rural families buy a home, and USDA has provided grants and loans to help over 50,000 small rural businesses. These efforts have helped create and save 266,000 jobs.  During this administration, Secretary Vilsack has made it a priority to continue supporting rural businesses and farmers and ranchers to export Grown in America products.

By embracing these values, focusing on core opportunities for economic growth in manufacturing and energy, and educating others for the jobs of tomorrow, our President is building an America that is built to last.