A Big Surprise: The Arc Visits the White House 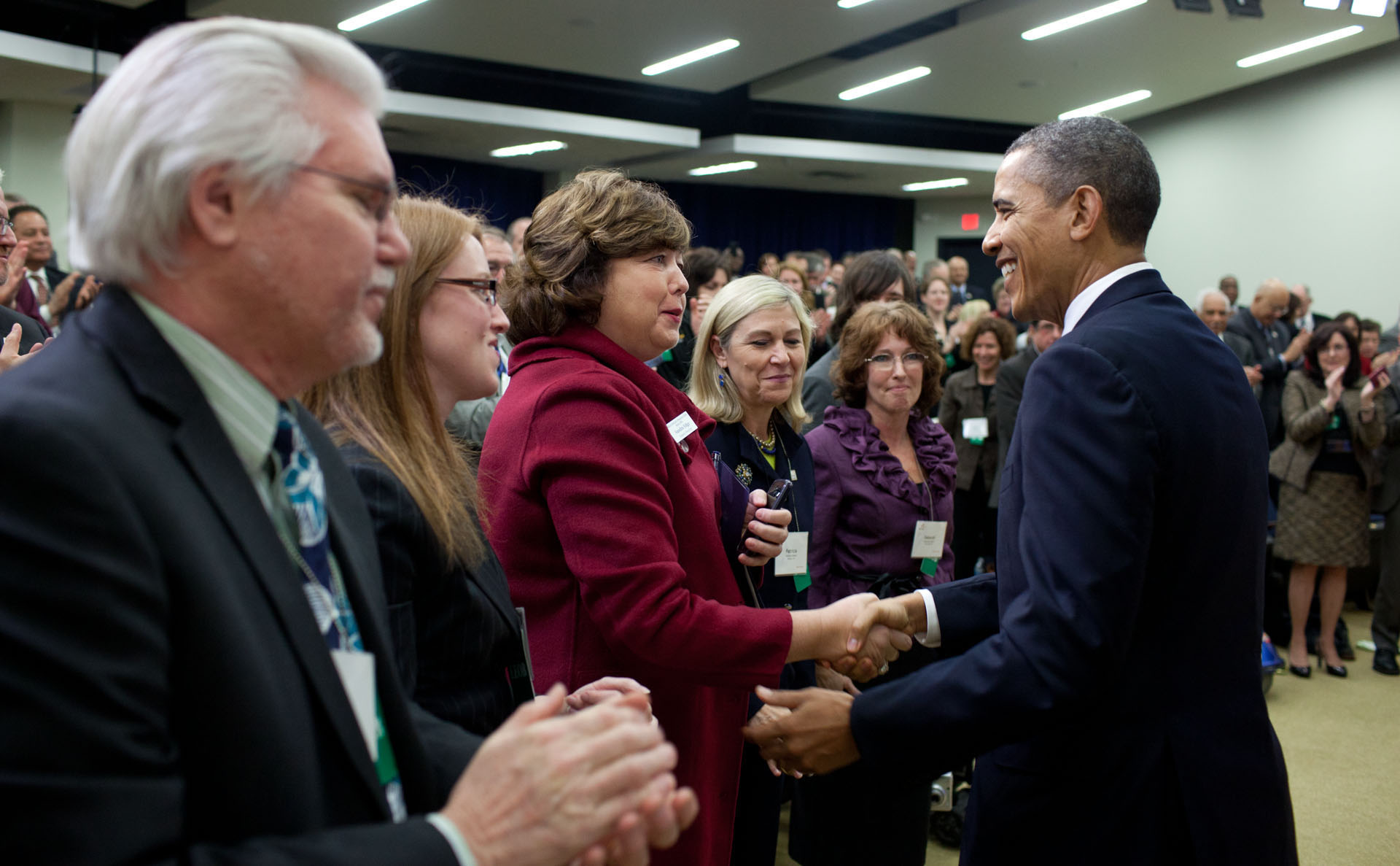 One thing I have learned in my 3 ½ years as CEO of The Arc is that people with intellectual and developmental disabilities (I/DD), their parents, siblings and family members are a passionate lot.   So when the White House invited us to bring in 150 of The Arc’s chapter leaders, including people with I/DD, I knew we would have an enthusiastic response.  Yet little did I expect the extraordinary energy that erupted when President Obama entered the room to speak to the group.  Our leaders from throughout the country were quick to their feet with a rousing welcome, rising again when the President concluded his remarks telling the disability community “I’ve got your back.”

Our policy staff works closely with top Administration officials, including Kareem Dale, the Special Assistant to the President for Disability Policy, on a regular basis, but our grassroots advocates don’t get that kind of access very often.  And what a day it was!  The President’s unannounced visit was the highlight of the day for many of The Arc’s advocates.  To hear from the nation’s President that The Arc’s advocacy to protect Medicaid made an impact provides motivation for our grassroots to keep telling their stories, keep making those phone calls, and keep fighting for their lifeline.

The morning’s agenda was full of informative speakers and thought-provoking dialogue between us and White House officials, including an unannounced visit by White House Chief of Staff Jack Lew. Our community leaders appreciated the fact that they could bring their experiences of the impact of public policy on the lives of people with I/DD to the President, the President’s Chief of Staff, and powerful members of the Administration. They took seriously their responsibility to be a voice for people with I/DD and the over 700 chapters of The Arc.  They listened closely as the speakers described critical initiatives in housing, community living, and improving access to health care, and deeply appreciated what a unique opportunity it was to be part of the Community Leaders Briefing Series.

While there was so much to learn from all of the speakers who took the time to participate, Tom Perez, the Assistant Attorney General for Civil Rights, Department of Justice, was enthusiastically cheered for the recent Department of Justice settlement with the Commonwealth of Virginia.   This is an exciting time for our movement, as there is bipartisan work going on across the country to close down the remaining state-run institutions and support people with I/DD to live in the community like everyone else.

We left the White House with new ideas on how to advocate on behalf of people with I/DD, and with renewed energy to continue to fight for the protection of the lifeline for people with disabilities.

Peter V. Berns is CEO of The Arc