February 23, 2012 at 6:55 PM ET by Matt Compton
Twitter Facebook Email
Summary:
President Obama talks about securing a future for America built on home-grown energy -- and his blueprint to help us get there. 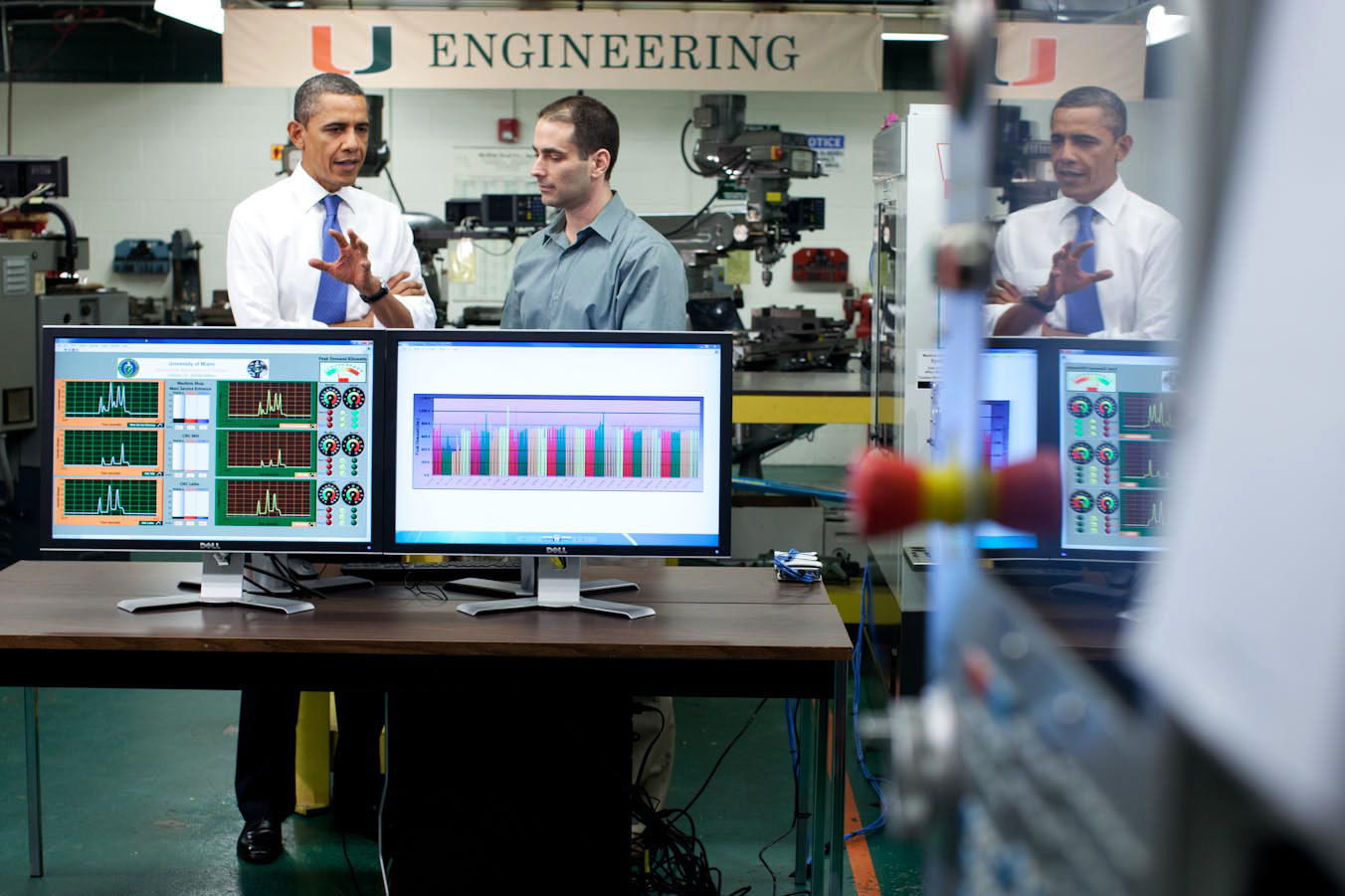 President Obama was in Miami today to talk about securing a future for America built on home-grown energy -- and his blueprint to help us get there.

Part of the conversation focused on fuel prices -- and the fact that they're increasing. It's a real problem for people all over the country, which the President said required a real solution, not a slogan from a bumper sticker.

You know there are no quick fixes to this problem. You know we can’t just drill our way to lower gas prices. If we’re going to take control of our energy future and can start avoiding these annual gas price spikes that happen every year -- when the economy starts getting better, world demand starts increasing, turmoil in the Middle East or some other parts of the world -- if we’re going to avoid being at the mercy of these world events, we’ve got to have a sustained, all-of-the-above strategy that develops every available source of American energy. Yes, oil and gas, but also wind and solar and nuclear and biofuels, and more.

As President Obama pointed out, that's a vision toward which we are making progress:

In 2010, our dependence on foreign oil was under 50 percent for the first time in over a decade. We were less reliant on foreign oil than we had been. In 2011, the United States relied less on foreign oil than in any of the last 16 years. That's the good news. And because of the investments we’ve made, the use of clean, renewable energy in this country has nearly doubled -– and thousands of American jobs have been created as a consequence.

But there is still much more that needs to be done. The President is fighting to roll back the $4 billion in tax subsidies that the oil industry receives every year. And in the weeks and months ahead, the President will continue to finding ways to invest in clean energy technologies and innovation.

Want more details about the President's blueprint? Here's everything you need to know.