On the Road in Philadelphia: Focus on LGBT Health

Last Thursday, advocates, community organizers, health care providers and medical students, elected officials, and interested members of the public joined Obama Administration officials in Philadelphia for an important conversation on the health needs of lesbian, gay, bisexual, and transgender (LGBT) people.  The event – the White House LGBT Conference on Health – was hosted by the White House Office of Public Engagement in partnership with the U.S. Department of Health & Human Services (HHS) and Mazzoni Center.  Over 300 attendees from 22 states participated in the day’s events at Thomas Jefferson University. 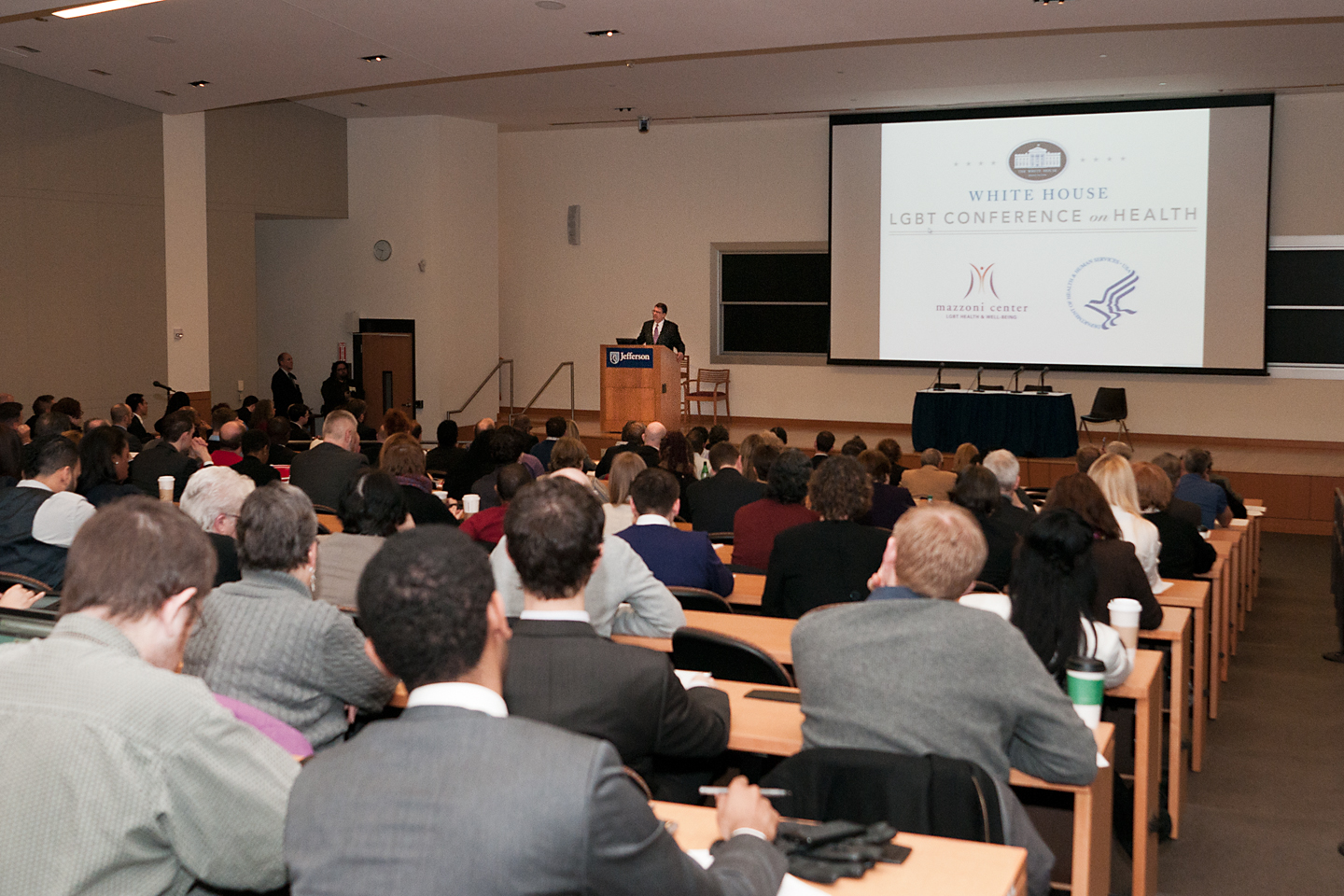 John Berry, Director of the U.S. Office of Personnel Management, kicked off the conference by reflecting on the tremendous progress made on LGBT issues during his lifetime.  Director Berry’s remarks were followed by a panel of HHS officials: Assistant Secretary for Aging Kathy Greenlee, Assistant Secretary for Health Howard Koh, and Deputy General Counsel Ken Choe.  After describing their work on LGBT health issues, these senior leaders took questions from the audience on a diverse range of topics from mental health to the Affordable Care Act.

The morning session concluded with keynote remarks by HHS Secretary Kathleen Sebelius, who described the critically important work that HHS has done over the last few years to address the health needs and concerns of LGBT people. 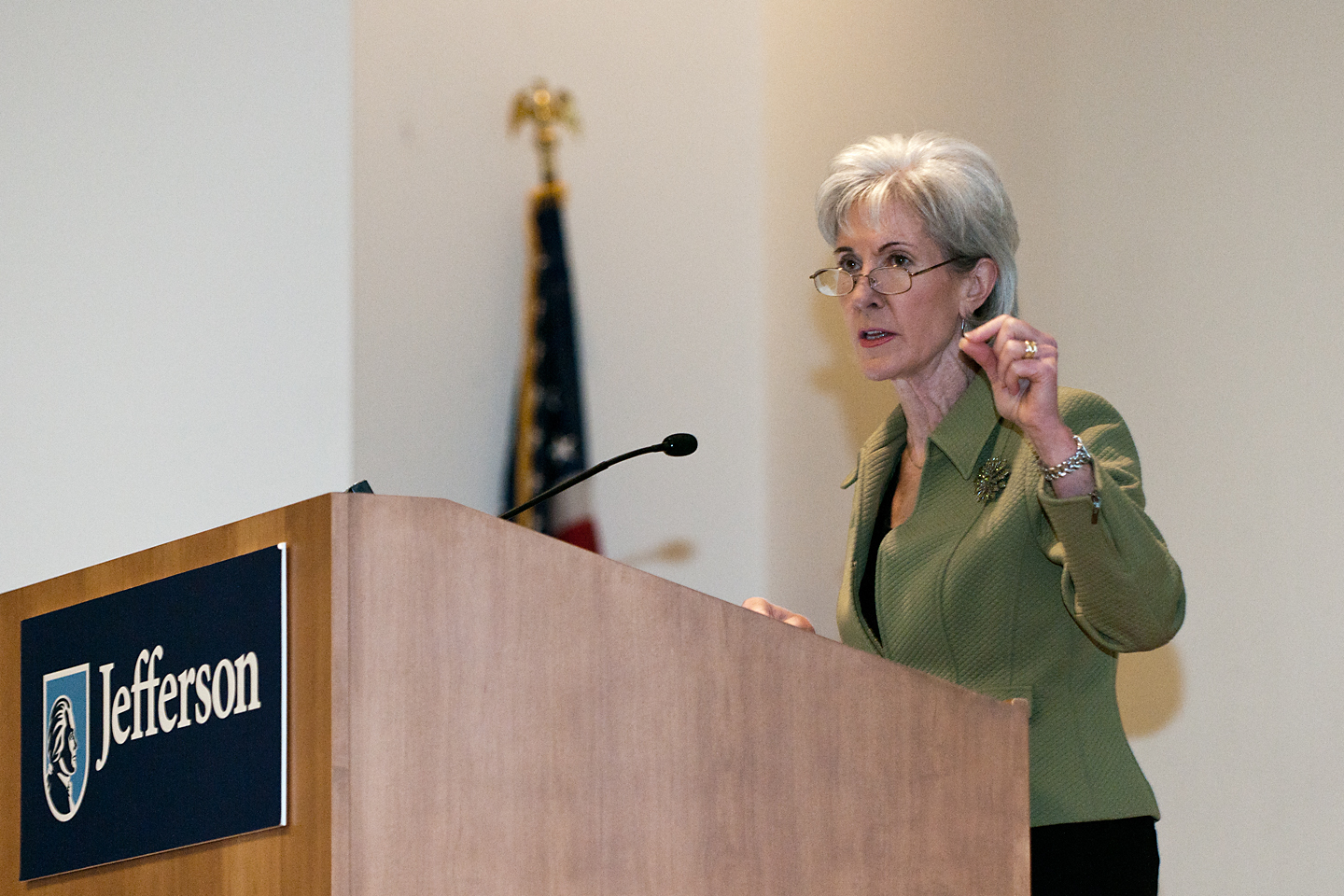 In her remarks, Secretary Sebelius highlighted some of the key benefits of the Affordable Care Act that all LGBT Americans need to know about:

First, the law is protecting LGBT Americans from many of the worst abuses of the insurance industry… Thanks to the new Patient’s Bill of Rights, these practices and other abuses have now been banned.

Second, the law is helping millions of LGBT Americans gain access to the care they need to get and stay healthy. Because of the law, most Americans with health insurance now have access to free preventive care including cancer screenings, vaccinations, blood pressure and cholesterol screenings, and HIV testing. And as of last fall, insurers can no longer deny coverage to children because of pre-existing health conditions – a protection that will extend to every single American in 2014. Similarly, insurers will no longer be able to turn someone away just because he or she is lesbian, gay, bisexual, or transgender.

The third thing the law is doing is bringing competition and transparency to the health insurance market. Under the law, we created a new consumer website healthcare.gov where, for the first time, you can compare all the insurance plans in your market and find the one that works best for you. And earlier this year, we added a tool to make sure LGBT families can specifically search for plans that cover same-sex domestic partners…

The fourth key point to remember about this law is that it makes historic investments in our health care workforce in the communities where it’s needed most. With new resources from the law, we’re adding new community health centers and helping existing health centers expand their hours and add new services. We’re also placing thousands of primary care providers in underserved communities. And through our Health Resources and Services Administration, we continue to train these providers in culturally competent care for LGBT patients.

Finally, the law helps us better understand the specific health challenges LGBT Americans face. Last year, our department released a plan to integrate sexual orientation- and gender identity-specific questions into our national surveys, allowing us, for the first time, to gather the data we need to strengthen our efforts to improve LGBT health.

During the afternoon, participants gathered for workshop sessions to discuss and organize around specific LGBT health issues including access to care, mental health and substance abuse, transgender health, HIV/AIDS prevention, cultural competency, and LGBT youth and aging.  Each workshop was designed to connect advocates on the ground with federal government resources and also provide a space for advocates to provide candid and constructive feedback to the Obama Administration.

And next month, the White House will partner with the U.S. Department of Housing & Urban Development (HUD) and the Ruth Ellis Center to host a White House LGBT Conference on Housing and Homelessness in Detroit, Michigan.

Gautam Raghavan is an Associate Director in the White House Office of Public Engagement & AJ Pearlman serves as the liaison to the LGBT community in the Office of Intergovernmental and External Affairs at HHS.