Together We Must End Dating Violence

February 27, 2012 at 10:38 AM ET by Amy Dudley
Twitter Facebook Email
Summary:
February is Teen Dating Violence Awareness and Prevention Month, and Vice President Biden took the opportunity to remind students that dating violence is still a very real problem in our country. The facts are clear: nearly one in five college women will be the victim of a sexual assault, and one in ten teens will be hurt by someone they are dating. 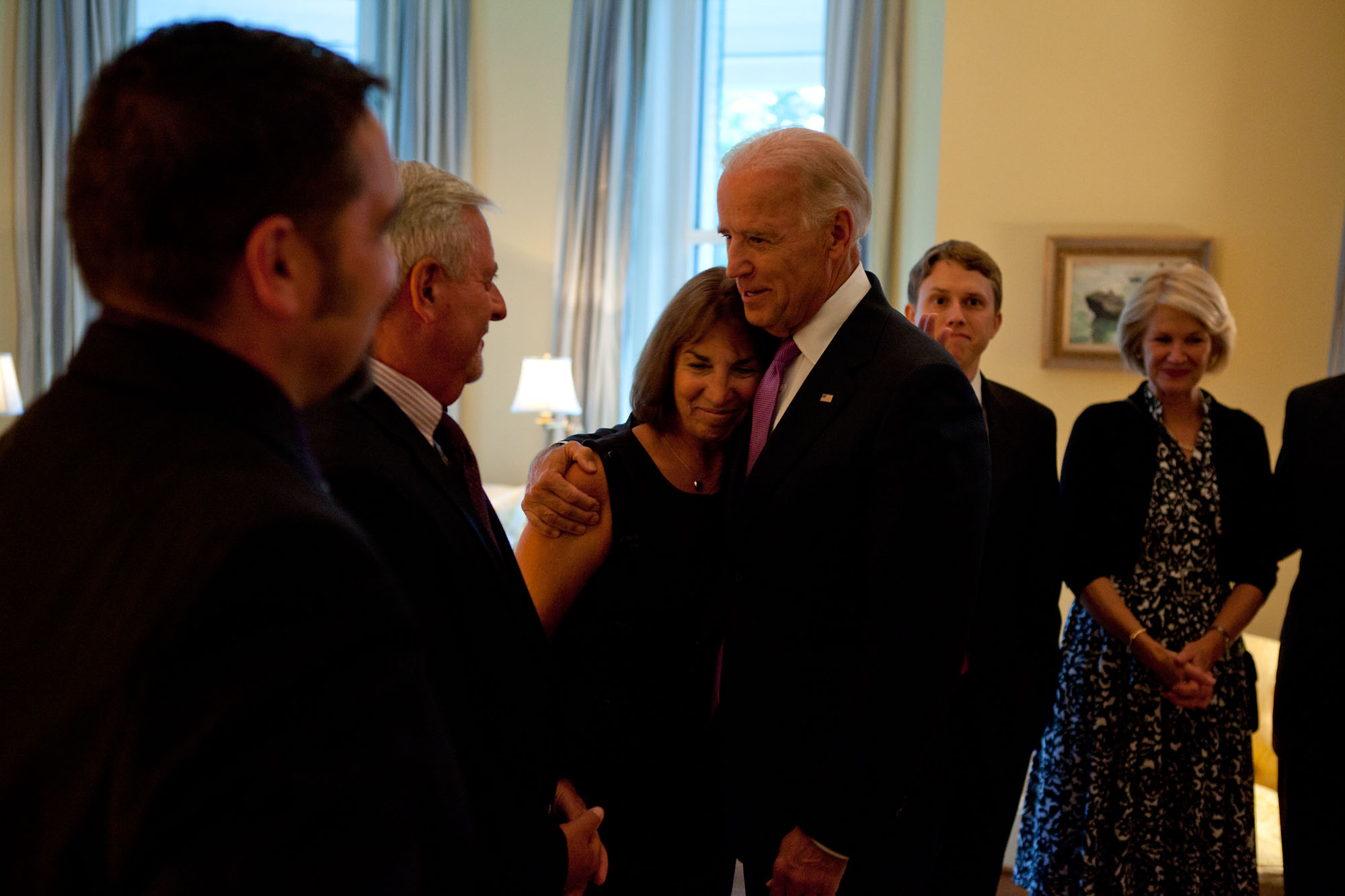 Vice President Biden with Ann Burke at a reception to mark the 17th anniversary of the passage of the Violence Against Women Act at the Naval Observatory, September 13th, 2012 (Official White House Photo by David Lienemann)

Over the past month, college newspapers across the country have run an op-ed penned by Vice President Biden in which he urges college students to take action to help put an end to dating violence and sexual assault on their campuses. February is Teen Dating Violence Awareness and Prevention Month, and Vice President Biden took the opportunity to remind students that dating violence is still a very real problem in our country.

The facts are clear: nearly one in five college women will be the victim of a sexual assault, and one in ten teens will be hurt by someone they are dating. As the Vice President wrote, these are not merely statistics, “these are the people you know: your roommates, your friends, your sisters, and your classmates.”

As the Vice President has often said, we all have an absolute obligation to try to stop abuse when we see it – no matter what. That’s why this Administration is working so hard to confront the problem head on.

Last April, new standards were announced that make it clear that colleges are responsible for creating campus environments that refuse to tolerate dating violence. And in September, the Vice President launched the “1 is 2 Many” project – an effort to change attitudes that lead to violence and educate the public on the realities of abuse.

Learn more about the Administration's efforts Here and read the full op-ed below:

Together We Must End Dating Violence

More than twenty years ago, I read a study of junior high school students in Rhode Island that included one finding I’ve never been able to get out of my head. Students were asked if a man who spent money on a woman during a date was entitled to force her into sexual activity. An astounding 25 percent of the young boys said yes – and even more astounding, 17 percent of the junior high school girls agreed.

You may think that sounds like a long time ago – and it was. But, sadly, dating violence remains a very real problem in our country – especially on college campuses.

Today, while in college, nearly one in five women will be a victim of sexual assault and one in ten teens will be hurt on purpose by someone they are dating. These aren’t just statistics, these are people you know:  your roommates, your friends, your sisters, your classmates. This is a problem we all have to face.

My dad used to say that there’s no worse sin than the abuse of power. Whether it was raising a hand to someone weaker, or using any advantage to push people around, he taught me that if you saw abuse, you had an obligation to attempt to stop it. It’s a lesson to remember every day, but especially this February, during Teen Dating Violence Awareness and Prevention Month.

Awareness is the first step to pushing back against a problem this big. When I held Senate hearings on violence against women more than two decades ago, domestic abuse in American society was rarely spoken about in public. I’ll never forget the stories of abuse I heard in over a thousand hours of hearings. The brutality of family members, acquaintances, and strangers against the women in their lives was absolutely devastating.

It was those hearings that led to the Violence Against Women Act, and since then annual incidents of domestic violence have dropped by more than 50%. But for women in college and younger today, the risk is still much too high.

That’s why I joined with Education Secretary Arne Duncan last April to announce historic new guidelines for colleges and universities about their responsibilities under Title IX to prevent sexual assault.  Under the federal civil rights law, schools have an obligation not only to respond appropriately when an assault occurs, but also to create a climate on campus that makes such violence unacceptable.

I also started an initiative called 1is2many to help reduce dating violence and sexual assault among teens and young adults. We harnessed the power of technology to get our message out, launching a national contest to develop “Apps Against Abuse.” The two winning apps – which will be available later this spring – will let you get in touch with your friends quickly and safely so you can call for help if you need it and stop violence in its tracks.  We’ve also made sure the National Dating Abuse Helpline can be reached by text, online, or phone 24/7.

Last month, the FBI changed the way the federal government defines rape. The narrow, outdated definition – unchanged since 1929 – said the assault had to be forcible and against a woman’s will to be classified as rape. It’s just not true, and it’s a point that I make on college campuses all across the country. Rape is rape and no means no. No means no whether drunk or sober. No means no whether in the dorm room or on the street. There is never an excuse. Young women and men alike need to understand this. Under the new definition, rape occurs when there is no consent, and it also includes sexual assault against boys and young men in national law enforcement reporting.

These are important changes, but ending dating violence and sexual assault isn’t just a matter of laws and legislation.  It’s about education. It’s about attitudes. It’s about your participation.  I need your help to address this issue in your dorms and on your campuses.  Studies show that men’s ideas about what other men think is one of the strongest determinants of how they act. So guys, you need to speak out.

The ultimate measure of a civilized society is how its laws and culture treat the abuse of women. Attitudes can change.  Violence can end.  But it can’t happen without universal understanding that dating violence and sexual assault will never be tolerated anywhere, at any time, for any reason.  Period.  That’s all of our responsibility.


Joe Biden is the Vice President of the United States