March 2, 2012 at 2:36 PM ET by Ken Salazar
Twitter Facebook Email
Summary:
A new report shows that visitors to the National Park System contributed more than $31 billion to local economies and supported 258,000 jobs in 2010 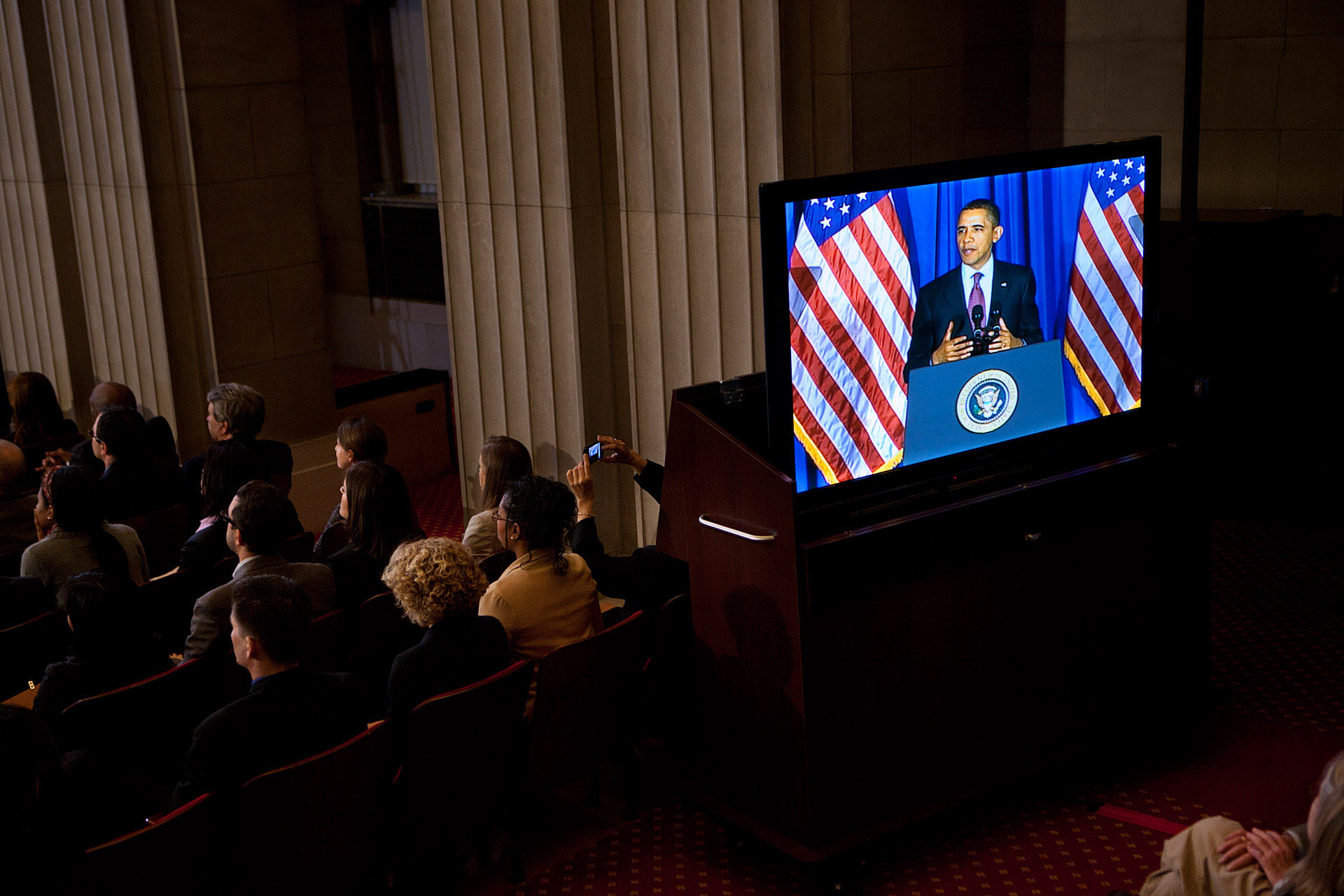 President Barack Obama is seen on a monitor as he delivers remarks during a conservation conference at the Department of the Interior in Washington, D.C., March 2, 2012. (Official White House Photo by Lawrence Jackson)

There is no doubt that our nation’s public lands – national parks, refuges, waterways and open spaces – are economic engines that produce and support jobs across the country.

On Tuesday, a report issued by the National Park Service showed that visitors to the National Park System contributed more than $31 billion to local economies and supported 258,000 jobs in 2010, an increase of $689 million and 11,500 jobs over 2009.

These are incredible numbers – and just a slice of the pie when it comes to the economic contributions of our public lands.  For example, recreation in national parks, refuges, and other public lands led to nearly $55 billion and 440,000 jobs in 2009.

That’s part of the reason that President Obama called on his administration to take actions to promote travel and tourism in the United States.  Investing in our parks and public lands and promoting them to visitors, especially internationally, is one way we can make the United States - with all its natural, historic and cultural assets - the top tourist destination in the world.  International travel to the U.S. already supports 1.2 million jobs alone, so our efforts will help bolster job creation.

This is one of the topics we’re discussing today at the White House Conference on Conservation where President Obama and senior members of his Cabinet are meeting with conservation leaders from across the country to strengthen partnerships and identify next steps in advancing community-driven conservation, preservation and outdoor recreation initiatives that are building strong local economies and healthy lands, waters and wildlife.

The Obama administration has already made great strides on conservation. And, together with our local communities across the country, we can continue the march of progress in implementing President Obama’s America’s Great Outdoors initiative to create a conservation and outdoor recreation agenda for the 21st century.