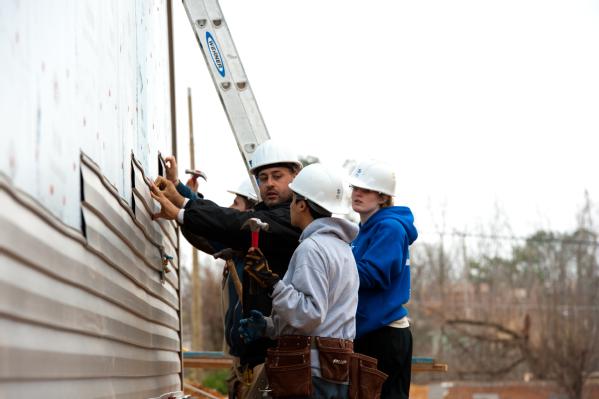 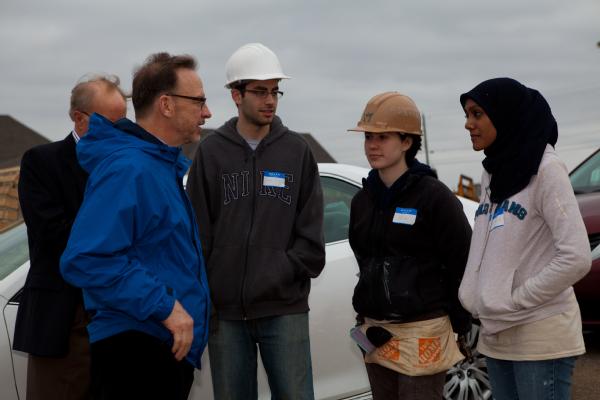 The recent deadly tornadoes that went through several Midwestern states in February and March serve as a reminder of the official beginning of tornado season.

The recent tornadoes also are a harsh reminder of April 2011, when at least 173 tornadoes, thunderstorms, and severe winds ripped through the south, killing more than 300 and causing widespread destruction throughout several states.

The twisters leveled neighborhoods and left thousands homeless, with more than a million people without power. The National Oceanic and Atmospheric Administration said it was the worst tornado outbreak since 1974.

The trip to Birmingham was Bridges’ service initiative as part of President Obama’s Interfaith and Community Service Campus Challenge.

Importance of Voluntary and Faith-based Organizations

Following any disaster, survivors depend on voluntary and faith-based organizations to assist in recovery efforts. “Rebuilding becomes the responsibility of the local community, which does not always have the financial needs to address concerns,” said Elie Lowenfeld, JDRC founder and director who also accompanied the students.

Chelsea Garbell, president of Bridges and a junior at NYU, said the main purpose of the trip was to facilitate religious dialogue. "When we engage in religious dialogue and service work, we strengthen relationships among ourselves, and through those relationships we are able to provide invaluable assistance to the communities we encounter."  She added that while in some areas there is animosity between Muslims and Jews, “if we can learn from one another, and develop an understanding of our similarities and differences, we can stand together as human beings in an effort to better the world around us.”

Fatima Kutty, a Bridges executive board member who hopes to go to medical school after graduation, said she enjoys working in an interfaith environment, and through “amazing conversations,” she has learned a lot about the Jewish religion and its people.  She added, “Once relationships are established people are less likely to discriminate.”

Lowenfeld said that the trip was a unique opportunity for members of NYU’s Muslim and Jewish communities to develop meaningful relationships with each other, as well as provide service and hope to disaster survivors.

According to Rev. David L. Myers, director of the DHS Center for Faith-based and Neighborhood Partnerships, the students’ work in assisting recovery efforts exemplify the White House Office of Faith-based and Neighborhood Partnerships’ goals of fostering interreligious dialogue and cooperation, while also advancing the whole community approach to emergency management.

For additional information, go to http://www.fema.gov/.

Terry Monrad is Executive Officer at the Center for Faith-based and Neighborhood Partnerships at the U.S. Department of Homeland Security