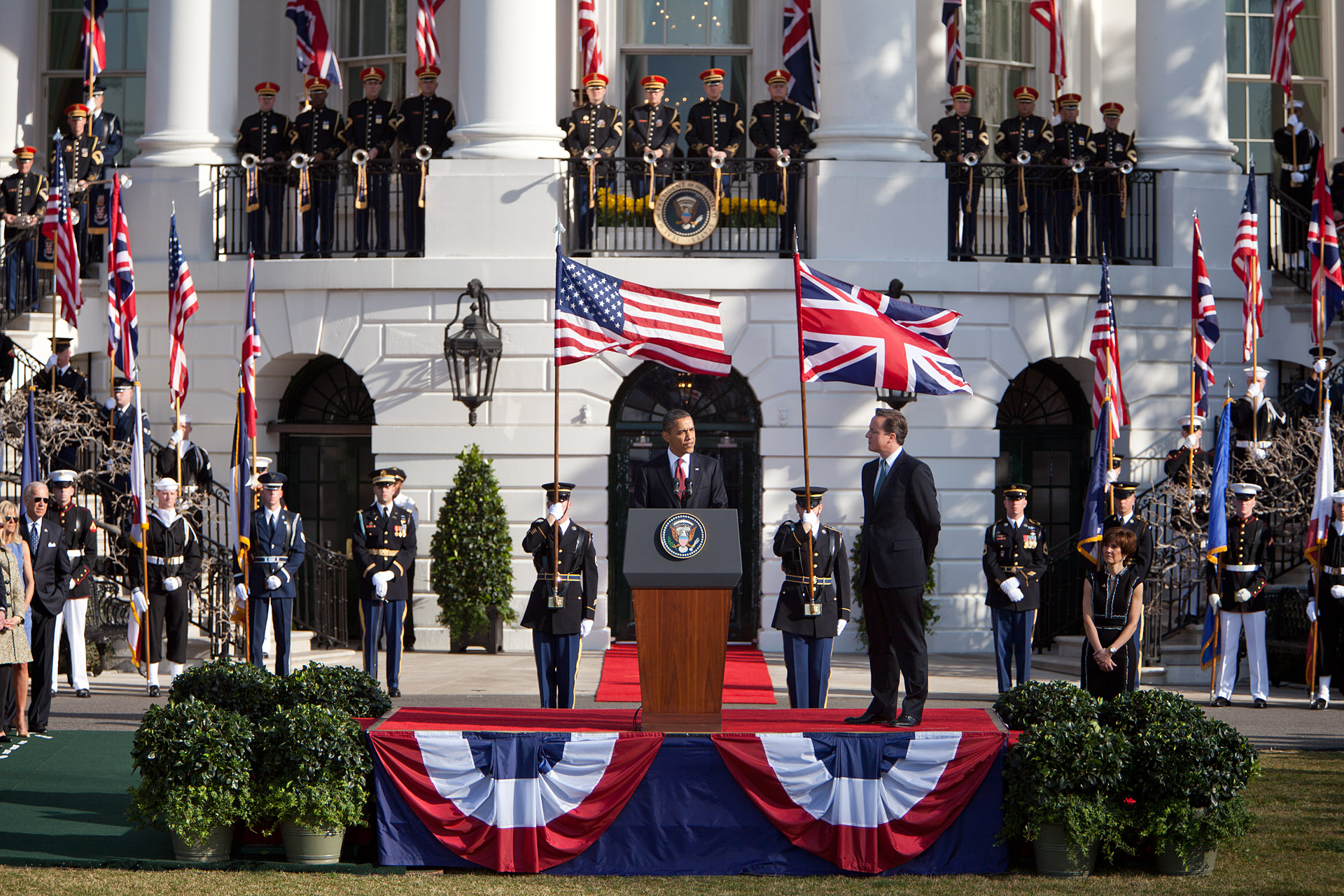 In a ceremony steeped in tradition, President Obama -- together with the First Lady, the Vice President and Dr. Biden -- welcomed Prime Minister David Cameron and his wife, Samantha, to the White House on behalf of the American people.

The two leaders reviewed the troops assembled as an honor guard for the occasion, acknowledged a few bits of slang each had picked up from the other, and talked about "the rock-solid alliance" between the United States and the United Kingdom.

That was a sentiment echoed by the Prime Minister:

The partnership between our countries, between our peoples, is the most powerful partnership for progress that the world has ever seen. That is why whenever an American President and a British Prime Minister get together, there is a serious and important agenda to work through. And today is no different. Afghanistan, Iran, the Arab Spring, the need for trade, for growth, for jobs in the world economy, the biggest issues in the world -- that is our agenda today.

Watch video from the ceremony here. And check in throughout the day for more about the official visit.