March 15, 2012 at 10:37 AM ET by Ambassador Ron Kirk
Twitter Facebook Email
Summary:
The tariff cuts in the agreement will increase exports of American goods by $10-11 billion, supporting an estimated 70,000 jobs across the country 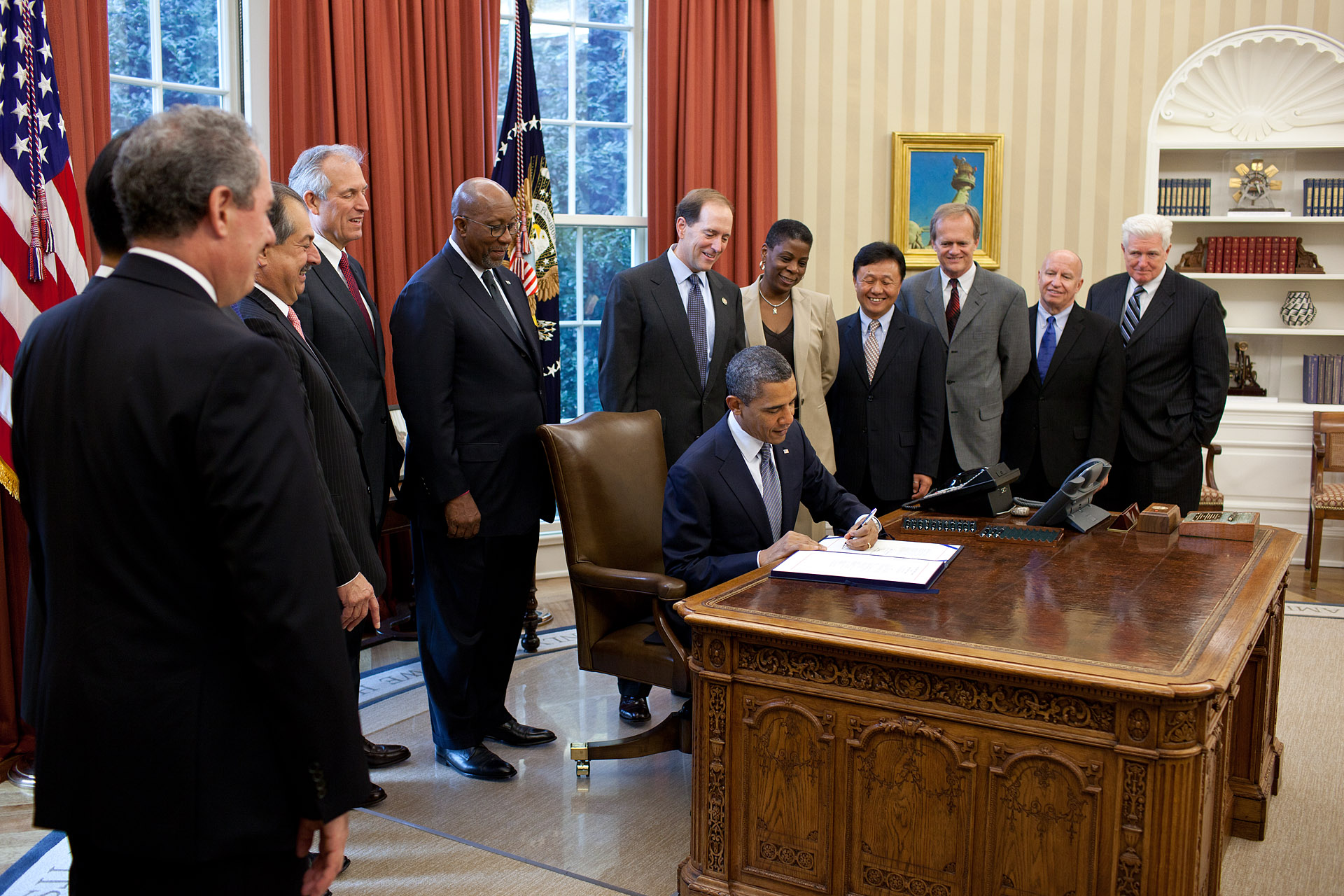 As of March 15, 2012, the U.S.-Korea trade agreement – the most commercially significant U.S. trade agreement in nearly two decades -- is now in effect. The opportunities this agreement offers to American manufacturers, service providers, farmers, ranchers, and workers are key components of President Obama’s National Export Initiative, which aims to double American exports by the end of 2014 and support additional American jobs.

President Obama insisted that we get this agreement right, working with Congress, stakeholders, and our Korean government counterparts to address outstanding issues and then seal the deal.  Now, greater export opportunities will make American businesses of all sizes more competitive in the global economy, and allow them to support more jobs for Americans in sectors ranging from automobile manufacturing to delivery services to agriculture of all kinds. Tariff cuts will increase exports of American goods alone by $10-11 billion, supporting an estimated 70,000 jobs across the country. Export opportunities will also grow as the agreement opens Korea’s $580 billion services market, streamlines customs procedures, reduces red tape, and better protects American intellectual property rights.

As our economy continues to add new jobs, this agreement is just another example of how President Obama is doing everything possible to put America back to work and secure our economic future. For more information on how the U.S.-Korea trade agreement can benefit businesses and workers in your community, visit www.ustr.gov.