Toasting the Alliance between America and Britain

March 15, 2012 at 12:53 PM ET by Matt Compton
Twitter Facebook Email
Summary:
At a State Dinner for Prime Minister David Cameron, President Obama speaks on the nature of the shared values 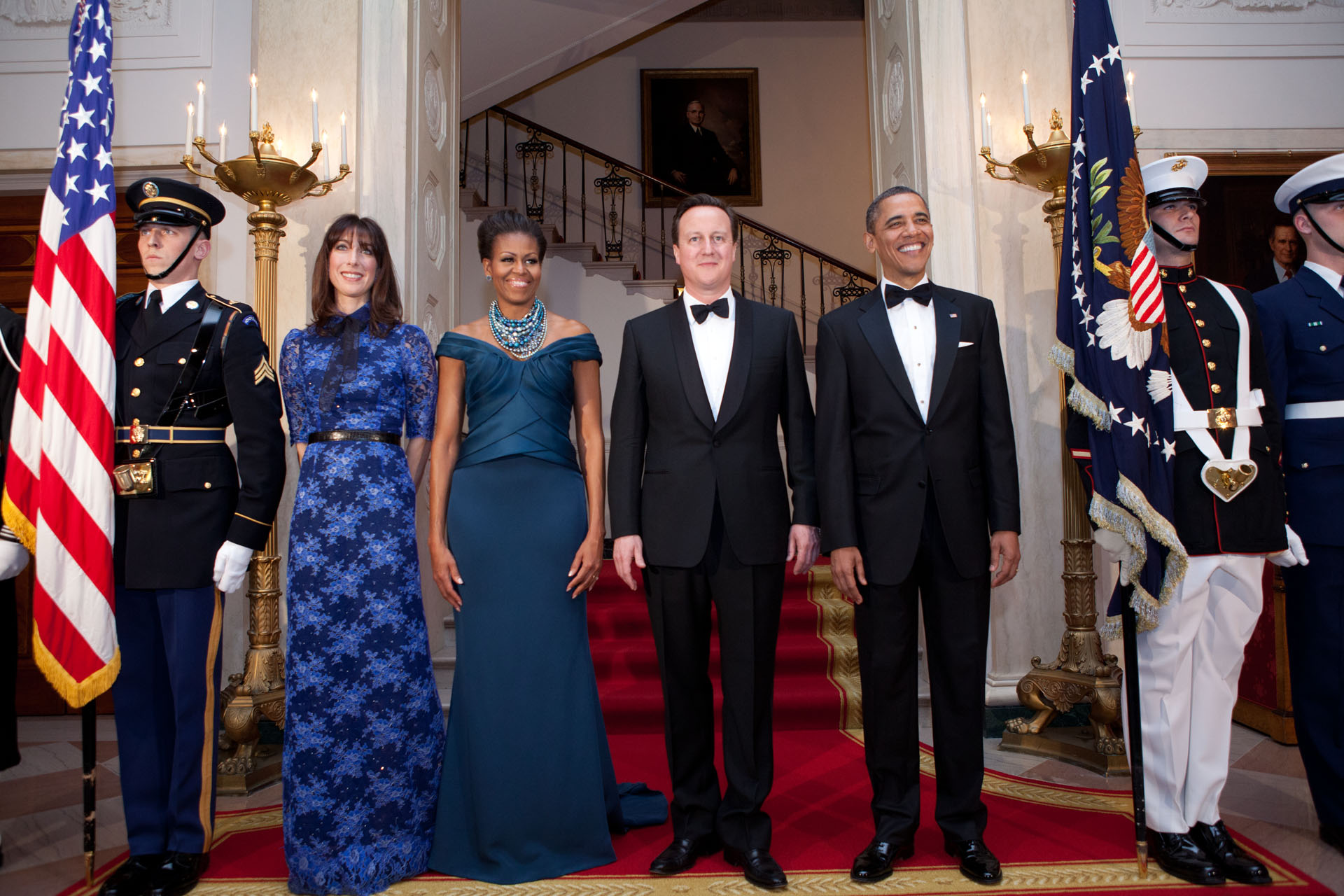 Technically, Prime Minister Cameron's trip to the United States is an official visit -- not a state visit. State visits are reserved for the head of state, and in the case of the United Kingdom, that means the Queen. But last night, the Prime Minister and his wife Samantha Cameron were honored with a State Dinner all the same.

They were joined by dignitaries from both countries -- including Warren and Susan Buffet, Sir Jony Ive (the Apple designer), Hugh Bonnerville (the Earl of Grantham in Downton Abbey), and George Clooney.

Before raising his glass for a toast, President Obama spoke again on the nature of the values our two countries share:

In war and in peace, in times of plenty and times of hardship, we stand tall and proud and strong, together. And as free peoples committed to the dignity of all human beings, we will never apologize for our way of life, nor waver in its defense.

It’s why David’s grandfather fought alongside us Yanks after D-Day; why my grandfather marched across Europe in Patton’s army. It’s why tonight, at dusty bases in Afghanistan, both American and British soldiers are getting ready to go on patrol, like generations before them, shoulder to shoulder. It’s why our diplomats and development workers are side by side, standing with the activists who dare to demand their rights, save a child from drought or famine.

Read the full set of remarks from both leaders here. Or check out a slideshow of images throughout the visit below.