A Call to Action: Let's Move!

March 18, 2012 at 8:56 AM ET by Lisa Leslie
Twitter Facebook Email
Summary:
First Lady Michelle Obama last week joined Olympic athletes and local school children for a mini-Olympic Games. But the day wasn't all about medals -- the kids learned that participating in sports is about learning new skills, getting stronger and faster and more agile. 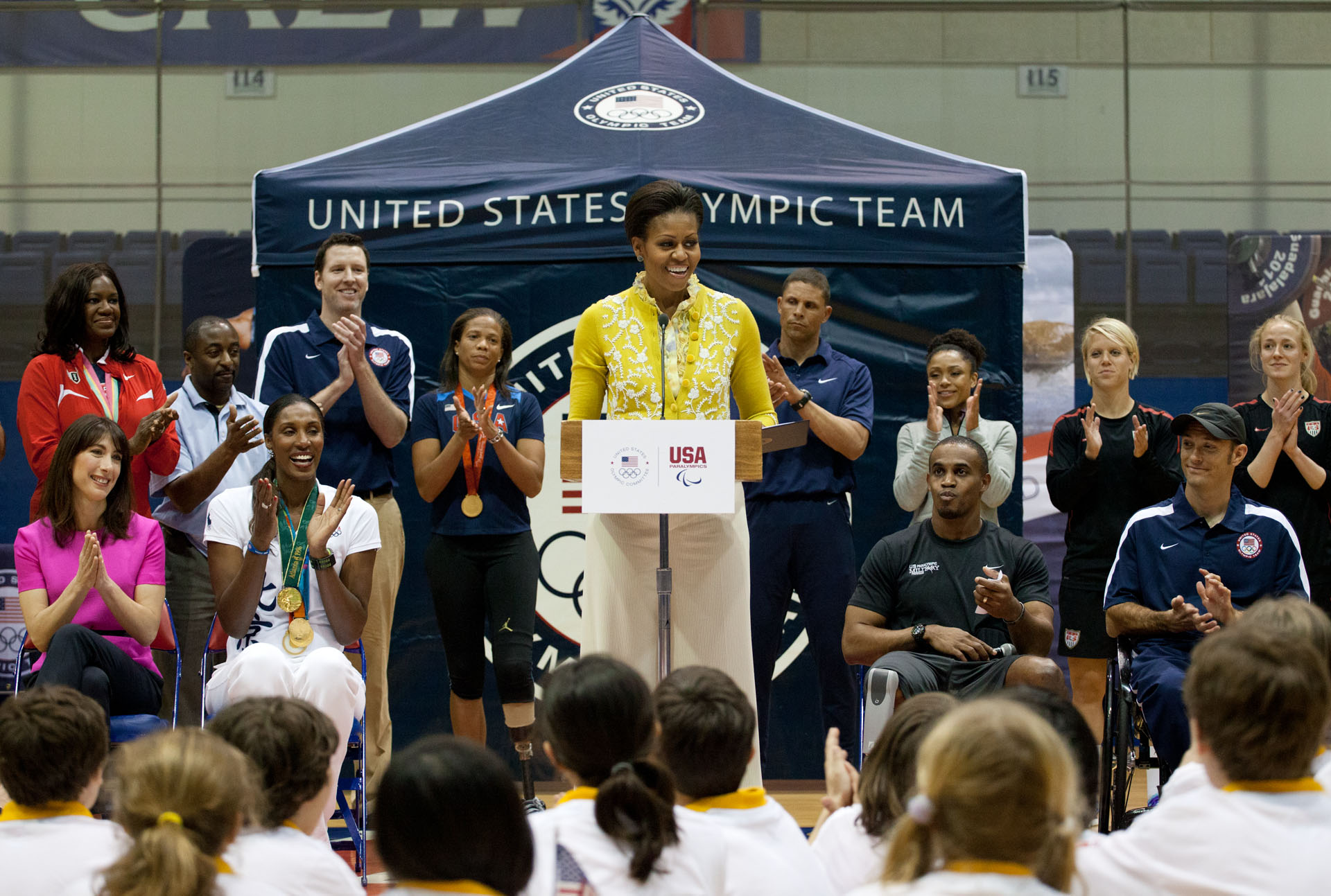 When I was contacted to participate in the First Lady’s Let's Move initiative, I was thrilled! It was just as much of an honor to have the opportunity to introduce Michelle Obama as it was to represent our country in the Olympics.

I also had the pleasure of meeting and introducing Samantha Cameron, the Prime Minister's wife of the United Kingdom. This summer, she will welcome people from all over the world to her country for the Summer Olympic Games.

We talked about nutrition and staying fit by choosing a healthy life style. The 60 kids then participated in a Mini Olympic Games with other Olympians and Paralympians such as Dominique Dawes and Dan O'Brien, to name a few. We taught them skills in: basketball, tennis, soccer, track and field but mostly we wanted to teach them that physical activity is fun and something they should do every day – with their friends, with their parents, even by themselves. And while it is great to have a goal like becoming an Olympian, participating in sports is about more than winning – it’s about learning new skills, getting stronger and faster and more agile. It’s about learning how to be your best self.