March 20, 2012 at 4:24 PM ET by Matt Compton
Twitter Facebook Email
Summary:
The leaders discuss a range of issues, including trade and the global economy. 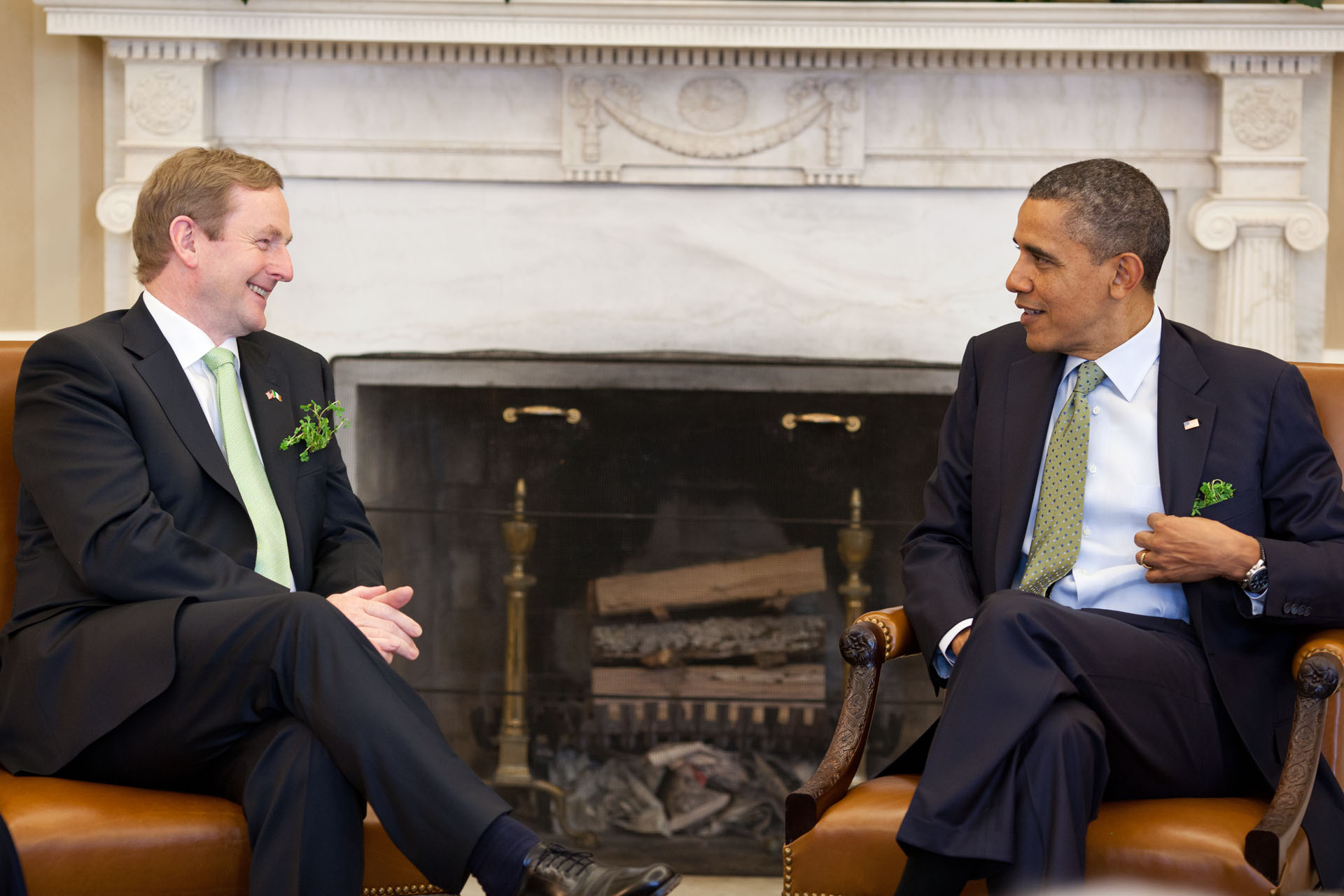 Today, President Obama welcomed Enda Kenny, the Taoiseach of Ireland, to the White House. While both men have had the opportunity to engage in a bit of St. Patrick's Day revelry, there was plenty of serious business on the agenda for this morning's meeting.

We have had a terrific discussion about a wide range of issues. Obviously for both our countries, one of the biggest priorities is getting the economy moving in the right direction and putting our people back to work. And the Taoiseach described to me the steps that they've taken to try to stabilize the banking system there, to get control of their budget, and to be in position to grow in the future.

And it is important that both the people of Ireland and the American people understand the extraordinary benefits of trade, commerce, and investment between our two countries. We are, obviously, an extraordinary contributor to investment in Ireland, and that's something of great importance to the people of Ireland. Conversely, Irish businesses invest and employ huge numbers of Americans as well.

Earlier, Vice President Biden hosted the Taoiseach for breakfast at the Naval Observatory, and all three leaders attended a St. Patrick’s Day lunch at the United States Capitol.