March 23, 2012 at 6:26 PM ET by Harris Sherman
Twitter Facebook Email
Summary:
Working Lands for Wildlife is a new effort to focus both conservation dollars and wildlife management expertise on the recovery of wildlife species.

I was recently in Atlanta, Georgia to speak at the North American Wildlife and Natural Resources Conference about Working Lands for Wildlife, a new effort to focus both conservation dollars and wildlife management expertise on the recovery of seven at-risk, threatened or endangered wildlife species. This unique approach to conservation concentrates federal resources on private working lands—home to a majority of candidate and listed species under the Endangered Species Act. Working Lands for Wildlife was developed by the Department of Agriculture and the Department of the Interior through their membership in the White House Rural Council.

Working with farmers, ranchers and forest landowners is critical to President Obama’s vision of an economy built to last, one where rural communities provide clean air, clean water and wildlife habitat to generate economic opportunities for outdoor recreation and jobs, while protecting farm and ranch traditions. Working Lands for Wildlife demonstrates the President’s focus on the rural economy and his commitment to keep working lands working.

Knowing I was speaking to an audience passionate about wildlife, I took a moment to revisit a time from 100 years ago when Theodore Roosevelt addressed a similar group, saying, "There can be no greater issue than that of conservation in this country."  People of all political persuasions have found commonality around the fundamental principle of conservation—a principle that has always recognized the importance of wildlife.

Working Lands for Wildlife is a partnership between the Department of Agriculture’s Natural Resources Conservation Service (NRCS) and Department of Interior’s U.S. Fish and Wildlife Service to make measurable progress in wildlife conservation through focused community-driven, locally led efforts across America.

To engage private landowners, NRCS has committed $33 million to share in the cost of conservation practices benefiting the bog turtle, golden-winged warbler, gopher tortoise, greater sage-grouse, lesser prairie-chicken, New England cottontail and the Southwestern willow flycatcher. The U.S. Fish and Wildlife Service will work to provide landowners with regulatory certainty and tools to assist them in making long-term business decisions.

This collaborative approach builds on the success we are realizing in the Western U.S. with NRCS’s Sage-Grouse Initiative (SGI), where ranchers are projected to have increased sage grouse populations by 8 to 10 percent through wildlife habitat conservation practices such as prescribed grazing, brush management and fence flagging.

Through SGI, on the Bedortha Ranch in central Oregon, intensive efforts to boost sage grouse habitat are underway. As part of that effort, crews have cut and flattened invasive juniper trees. These trees have expanded beyond their historic locations into sagebrush terrain throughout the West, out-competing other valuable shrubs and plants that provide habitat for the ground-dwelling sage-grouse. 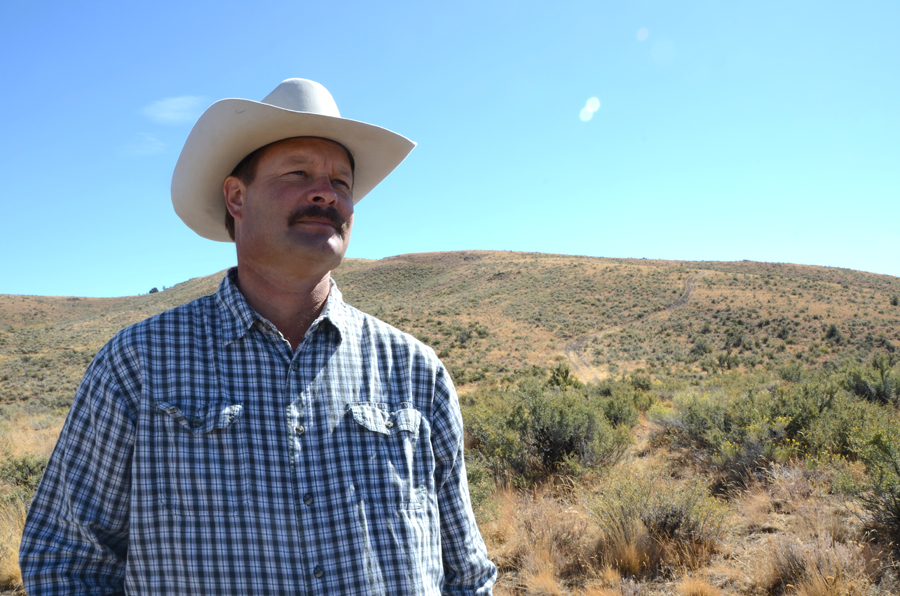 As the junipers increased on his ranch, Gary Bedortha watched the sage-grouse population decline. “When I was a kid growing up in this country, I knew some of these draws had an excess of 100 sage grouse—you would ride through the draws and the whole ground would move in front of you. At that time, we didn’t have the juniper like we do now,” Bedortha said.

This ranch is only one example of the success we can accomplish on private lands. Bedortha used the information and financial assistance he received from NRCS to remove nearly 7,000 acres of invading juniper in less than three years. We know taking a focused approach to wildlife conservation maximizes the public’s investment and return.

We hope to increase populations for all seven focal species targeted by Working Lands for Wildlife. Americans dedicated to wildlife conservation on private lands will ensure that it is not only an effective tool for wildlife but that it works as a viable tool for outdoor recreation, jobs and opportunities to create rural wealth.

Since the White House Rural Council was established last June, the Council has provided a forum for increasing conservation work and creating jobs in rural America. The Working Lands for Wildlife joint partnership between the Department of Agriculture and the Department of the Interior exemplifies the progress we can achieve through the work of the Rural Council.

Harris Sherman is Undersecretary for USDA’s Natural Resources and Environment