Discussing the Global Economy and Nuclear Security in Seoul 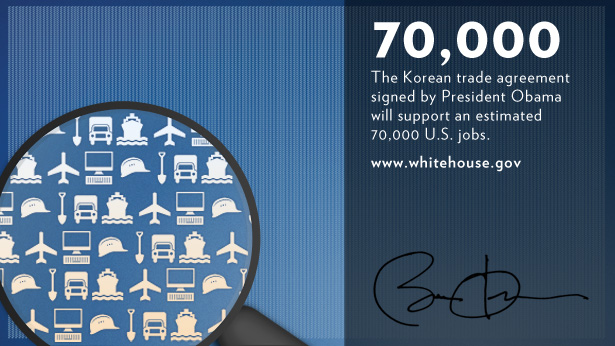 Tomorrow, President Obama will head home from South Korea -- after a busy three days of diplomatic meetings and discussions of nuclear security.

At a talk today with students at Hankuk University, the President outlined the reasons why he's made the issue such a major priority:

We’re building an international architecture that can ensure nuclear safety.  But we’re under no illusions. We know that nuclear material, enough for many weapons, is still being stored without adequate protection. And we know that terrorists and criminal gangs are still trying to get their hands on it -- as well as radioactive material for a dirty bomb. We know that just the smallest amount of plutonium -- about the size of an apple -- could kill hundreds of thousands and spark a global crisis. The danger of nuclear terrorism remains one of the greatest threats to global security. And that's why here in Seoul, we need to keep at it.

This is the President's third official visit to South Korea, and as he pointed out today, he's been to Seoul more than any other capital. That fact obviously speaks to the strength of the political relationship between our two nations, but it also highlights our growing economic ties.

That's why President Obama worked so hard to pass the U.S.-Korea Trade Agreement -- which will help to support an estimated 70,000 jobs in the years ahead and increase U.S. GDP by at least $11 billion due to increased exports of goods.

The economy was also a topic of discussion in a series of bilateral meetings between President Obama and foreign leaders. Today, he held talks with President Hu Jintao of China, President Nursultan Nazarbayev of Kazakhstan, and President Dmitry Medvedev of Russia.