March 27, 2012 at 5:02 PM ET by John J. Szymanski and Parrish Staples
Twitter Facebook Email
Summary:
The United States Government is deeply committed to both a reliable supply of the critical medical radioisotope Mo-99 and eliminating the use of HEU in its production. 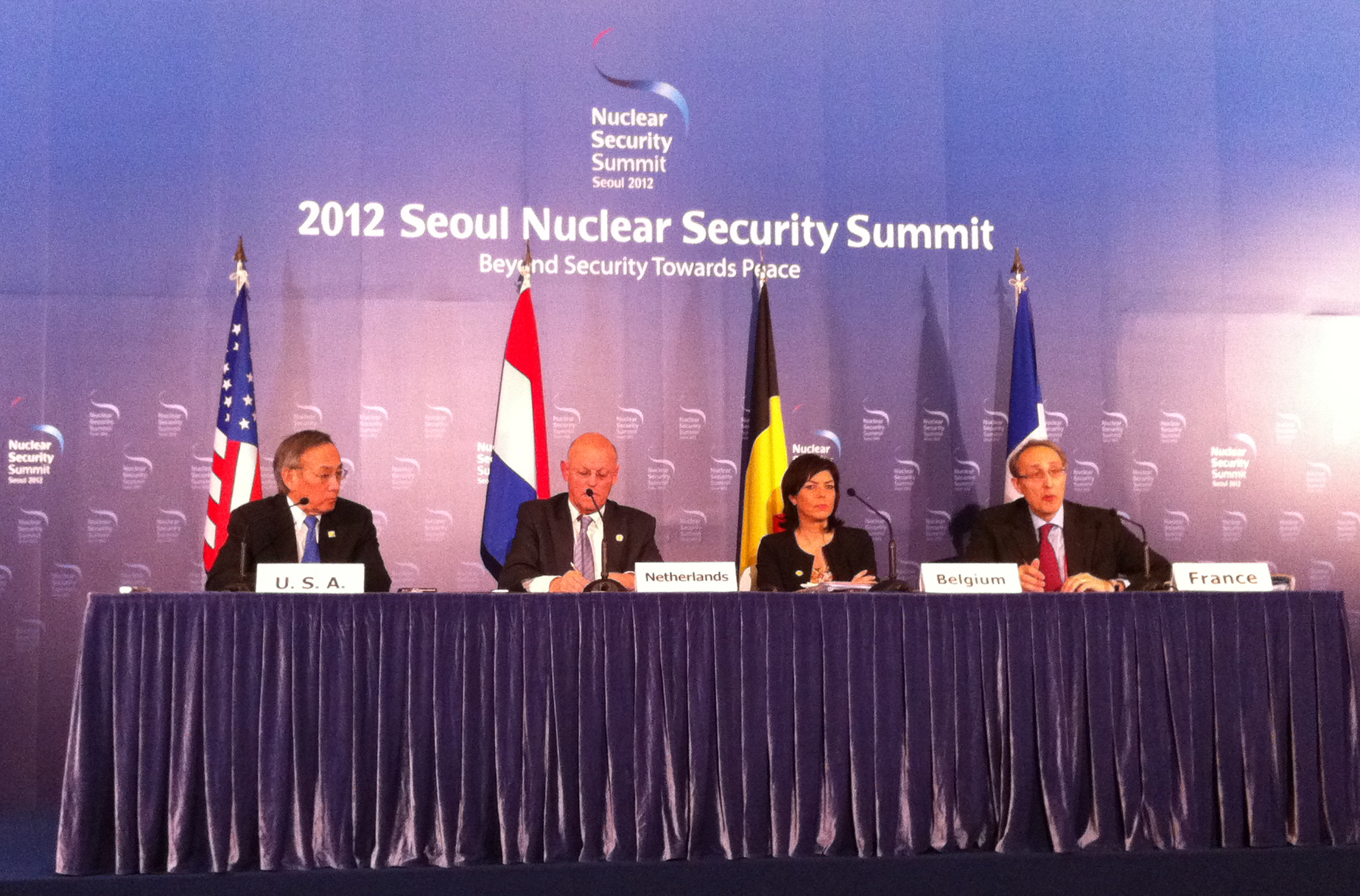 Every year 30 million people around the world undergo medical diagnostic procedures that use the radioactive isotope technetium-99 metastable (Tc-99m), which is the most commonly used medical radioisotope.  The Tc-99m procedures include tests that can tell doctors how well the heart is functioning, whether cancer is present, and other critical medical information.  Of the 30 million Tc-99m procedures conducted worldwide every year, over half are performed in the United States.

Tc-99m is derived from molybdenum-99 (Mo-99).  Most of the world’s supply of Mo-99 is produced today in nuclear reactors where targets containing highly-enriched uranium (HEU) are irradiated and subsequently processed into pure Mo-99.  But HEU is a very dangerous substance and is one of the materials slated to be secured under the President’s four-year lock-down agenda.  These dangers were central to the work plan of the 2010 Nuclear Security Summit.  Luckily, new technology is allowing Mo-99 to be produced without using HEU, andmost of the world is in the process of converting to non-HEU-based technology.

The United States Government is deeply committed to both a reliable supply of the critical medical radioisotope Mo-99 and eliminating the use of HEU in its production.  To balance these two goals, high-level officials of Belgium, France, the Netherlands and the United States announced this week during the Nuclear Security Summit in Seoul a commitment to a set of activities designed to concurrently minimize the use of HEU and ensure a reliable supply of medical radioisotopes for patients worldwide.  The four countries agreed, subject to regulatory approvals, to support conversion of European Mo-99 production facilities  to non-HEU-based processes by 2015.  The quadrilateral statement can be found at http://www.nnsa.energy.gov/mediaroom/pressreleases/jointquadleu32712, and a fact sheet on the statement is provided at http://www.nnsa.energy.gov/mediaroom/factsheets/heuminimization.

As announced at the Summit, in the interest to ensure uninterrupted production of Mo-99, the United States is prepared to supply the European isotope producers with limited quantities of HEU target material.  To minimize HEU in their countries, Belgium, France, and the Netherlands will eliminate HEU scrap material in their ownership that is no longer suitable for Mo-99 production by recycling or disposing of this scrap material with the support of the United States and other countries.

As part of efforts to minimize HEU use in Mo-99 production, the National Nuclear Security Administration (NNSA, a semiautonomous agency within the U.S. Department of Energy) works with existing, large-scale international producers to assist in the conversion of their Mo-99 production facilities from the use of HEU targets to low enriched uranium (LEU) targets. These efforts are part of the NNSA Global Threat Reduction Initiative’s mission to minimize and, to the extent possible, eliminate the use of HEU in civilian applications worldwide.  The NNSA has also partnered with four U.S. domestic commercial entities to accelerate the establishment of a diverse, reliable supply of non-HEU-based Mo-99 within the United States.  The NNSA cooperative agreement partners include Babcock and Wilcox Technical Services Group to develop LEU solution reactor technology; General Electric Hitachi Nuclear Energy to develop neutron capture technology; NorthStar Medical Radioisotopes, LLC. to develop accelerator technology; and the Morgridge Institute for Research to develop accelerator technology with LEU fission.  For more on NNSA’s efforts to minimize HEU use in Mo-99 production, see http://www.nnsa.energy.gov/mediaroom/factsheets/factsheet20100125.

A very challenging issue in the current Mo-99 market is below-cost Mo-99 supplies caused by direct foreign government support to the current Mo-99 industry.  The prohibitively low cost of Mo-99 undermines the ability of the current international producers to convert from HEU targets to LEU targets, and challenges the ability for new producers to enter the Mo-99 supply chain to replace the aging infrastructure.  In order to develop a reliable supply of Mo-99, the market must transition to full cost recovery.

OSTP will continue to work with US Government departments and agencies to ensure a reliable supply of non-HEU-based Mo-99; speed the conversion of existing Mo-99 production processes to those that no longer use HEU; and move the industry to an economically-sustainable model that does not rely on government subsidies to produce the isotope.

John J. Szymanski is a Senior Policy Analyst at the Office of Science and Technology and Parrish Staples is the Director of the Office of European and African Threat Reduction, National Nuclear Security Administration