March 27, 2012 at 6:31 PM ET by Matt Compton
Twitter Facebook Email
Summary:
The First Lady returned to the Tidal Basin along the Potomac River to plant a new sapling for future generations to enjoy 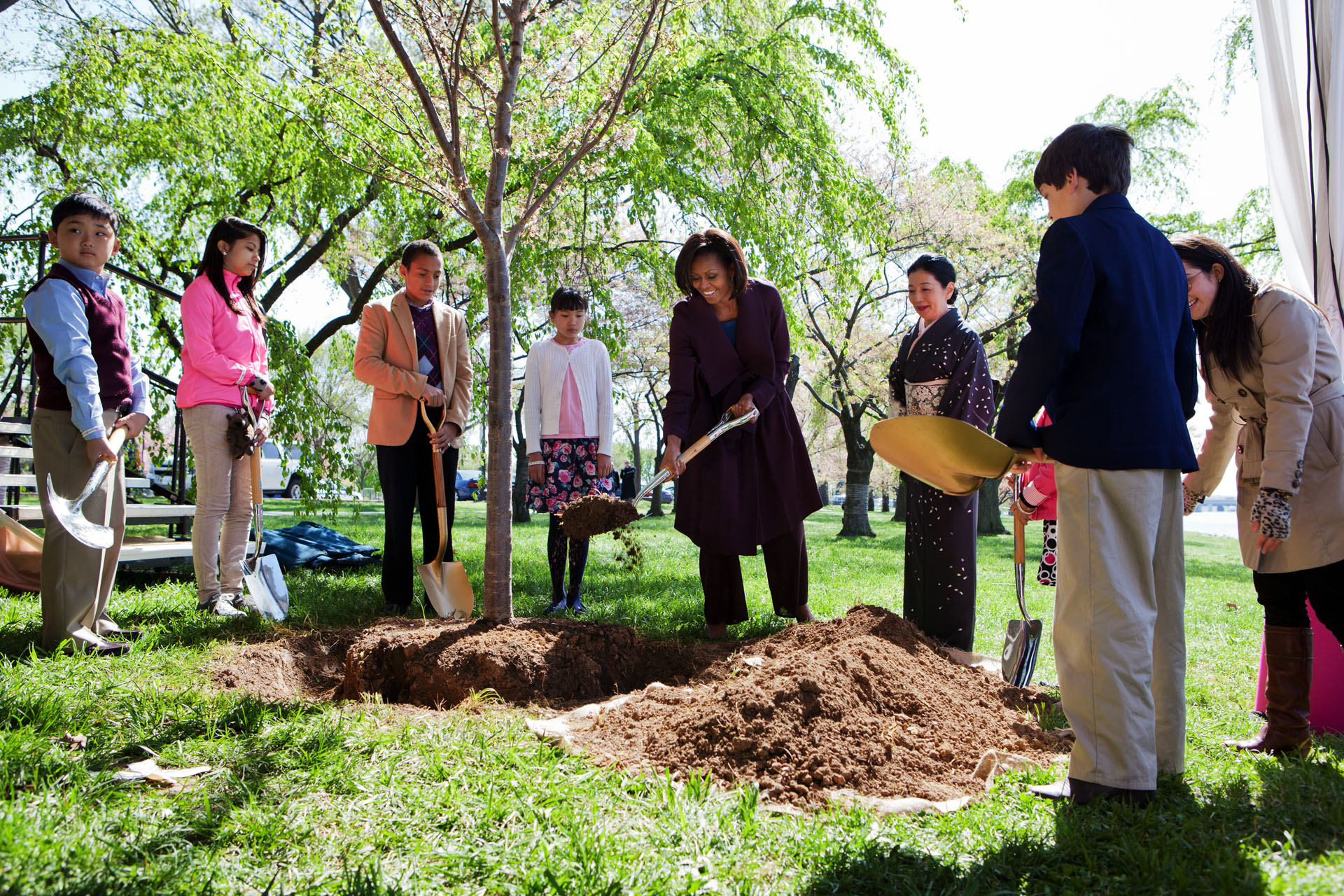 It's been 100 years to the day since First Lady Helen Herron Taft and Viscountess Chinda, wife of the Japanese Ambassador to the United States, planted the first of the 3,000 cherry trees presented from the city of Tokyo to the city of Washington, DC as a symbol of friendship between the United States and Japan.

To mark the occasion, First Lady Michelle Obama -- joined by Japanese Ambassador Ichiro Fujisaki, Secretary of the Interior Ken Salazar, and William H. Taft IV, the great-grandson of President Taft -- returned to the Tidal Basin along the Potomac River to plant a new sapling for future generations to enjoy.

She told the crowd:

People from both of our nations worked together for years to bring these trees here to Washington. And over the past century, people of all ages from the U.S. and Japan and so many other nations have come to this Tidal Basin each spring to marvel at their beauty. And year after year, even after the coldest, darkest, stormiest winters, these trees have continued to bloom.

So on this historic anniversary, we don’t just admire the beauty of these trees, we also admire their resilience. And in so doing, we are reminded of the extraordinary resilience of the Japanese people. Over the past year, we have all witnessed their courage, unity and grace as they have come together and begun the very hard work of rebuilding their nation.