April 2, 2012 at 10:42 AM ET by Matt Compton
Twitter Facebook Email
Summary:
The cutter is named after Captain Dorothy Stratton -- the first woman to serve in women's reserve of the Coast Guard in World War II. 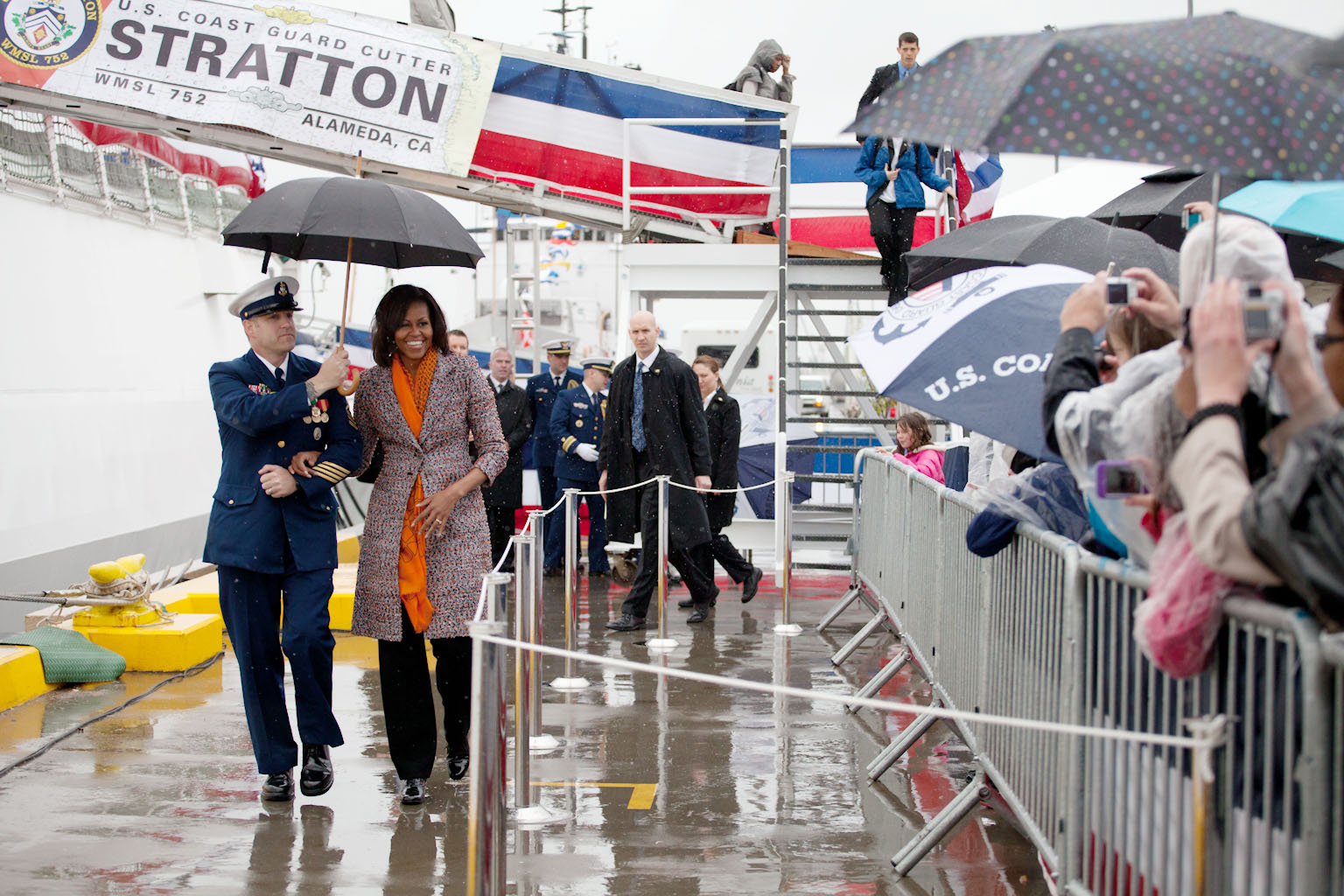 On Saturday, the U.S. Coast Guard commissioned its newest cutter -- the USCGC Stratton. First Lady Michelle Obama is the ship's sponsor. Nearly two years ago, she christened the Stratton by breaking a bottle of champagne against its hull, and this weekend, she was on hand for the ceremony to mark the start of the ship's service.

The cutter is named after Captain Dorothy Stratton -- the first woman to serve in women's reserve of the Coast Guard in World War II. A former professor at Purdue University, she organized the reserve and gave the group its nickname -- SPARs, a combination of the Coast Guard motto, "Semper Paratus" and its English translation, "Always Ready."

More than 40 veterans of the SPARs were on hand for this weekend's ceremony, and in recognizing their service, the First Lady said, "These women are heroes.  They served this country so bravely, and broke so many barriers. They paved the way for generations of women who came after them, and they helped build a world where young women all across America -- young women like my daughters -- to know that they can become anything they can imagine, even an admiral."

The USCGC Stratton will begin patrols in the Pacific later this month. For more information, check out this blog post from the U.S. Coast Guard.