April 5, 2012 at 12:04 PM ET by Paul Kim
Twitter Facebook Email
Summary:
Paul Kim has led Kollaboration, a Korean-American talent show turned non-profit organization that focuses on empowerment through entertainment, to critical acclaim. Despite his father's hopes for his life, Paul chose a nontraditional path to succes, but continues to believe that Kollaboration works because it has a tremendous team "[working] toward a common goal [that] doesn't quit until they've succeeded." 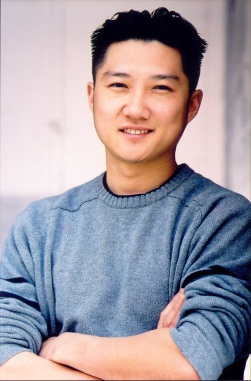 My father came to America with a few hundred dollars and taught us to dream big. He always wanted me to enter the political field, but instead I became a comedian. He passed away two years ago but I know he is proud that I still made it to the White House as a "Champion of Change."

In 2000, I founded a Korean American talent show called Kollaboration and poured my blood, sweat and tears into it. Some people said it wouldn’t last. We are now in our 12th year. Kollaboration draws over 20,000 people annually in 13 cities and counting.

The reason why the show exploded was because we have humble, passionate leaders in each city who volunteer their time out of love to make it happen. One of the most powerful forces in the world is a team that works toward a common goal and doesn't quit until they've succeeded. One of the main reasons why Kollaboration went to another level was a team member that I met in 2004. I met my one of my close friends, Roy Choi, who solidified our organization as 501(c)3 non profit organization and guided the direction of the movement, from Korean American, to Asian Asian American, which was one of the best things that could have happened. Kollaboration's mission is empowerment  through entertainment and is now widely recognized as "game changer" in the Asian Pacific Islander movement.

In 2003, I tried out for open mic at The World Famous Laugh Factory in Hollywood and waited in line every week for hours before the owner gave me the hosting spot for Asian Nights. During a span of 200 weeks, I brought over 10,000 people to the comedy club, many of them seeing stand up comedy live for the first time. Since then, I have performed stand up comedy in over 70 universities across the United States.

In 2007, I became the Grand Prize Winner of  The Uncle Clyde’s Comedy Cup at The Pasadena Icehouse sponsored by H2F Productions, which featured 100 comedians. Although it was a local competition, it meant everything to me because it was the only time my father saw me perform comedy live before he passed. Although he worked countless hours to help pay for my college degree -- and did not agree with my career choice -- after the comedy show he told me, "If you're going to do this, go all the way."

In 2012, my mission in life became clear;  to go as far as I can with my dream of becoming an American stand up comedian and encourage others to Dream Big and go all the way. Pain is temporary, quitting is forever.

Paul Kim is the founder of Kollaboration, a 501(c)3 non-profit organization dedicated to empowering the community through entertainment.