Celebrating Passover at the White House

April 9, 2012 at 11:09 AM ET by Jarrod Bernstein
Twitter Facebook Email
Summary:
On Friday, March 6th, President and Mrs. Obama hosted the annual White House Seder to mark the first night of Passover. There, the President and First Lady heard the story of the Exodus and enjoyed traditional Passover foods with family and friends. 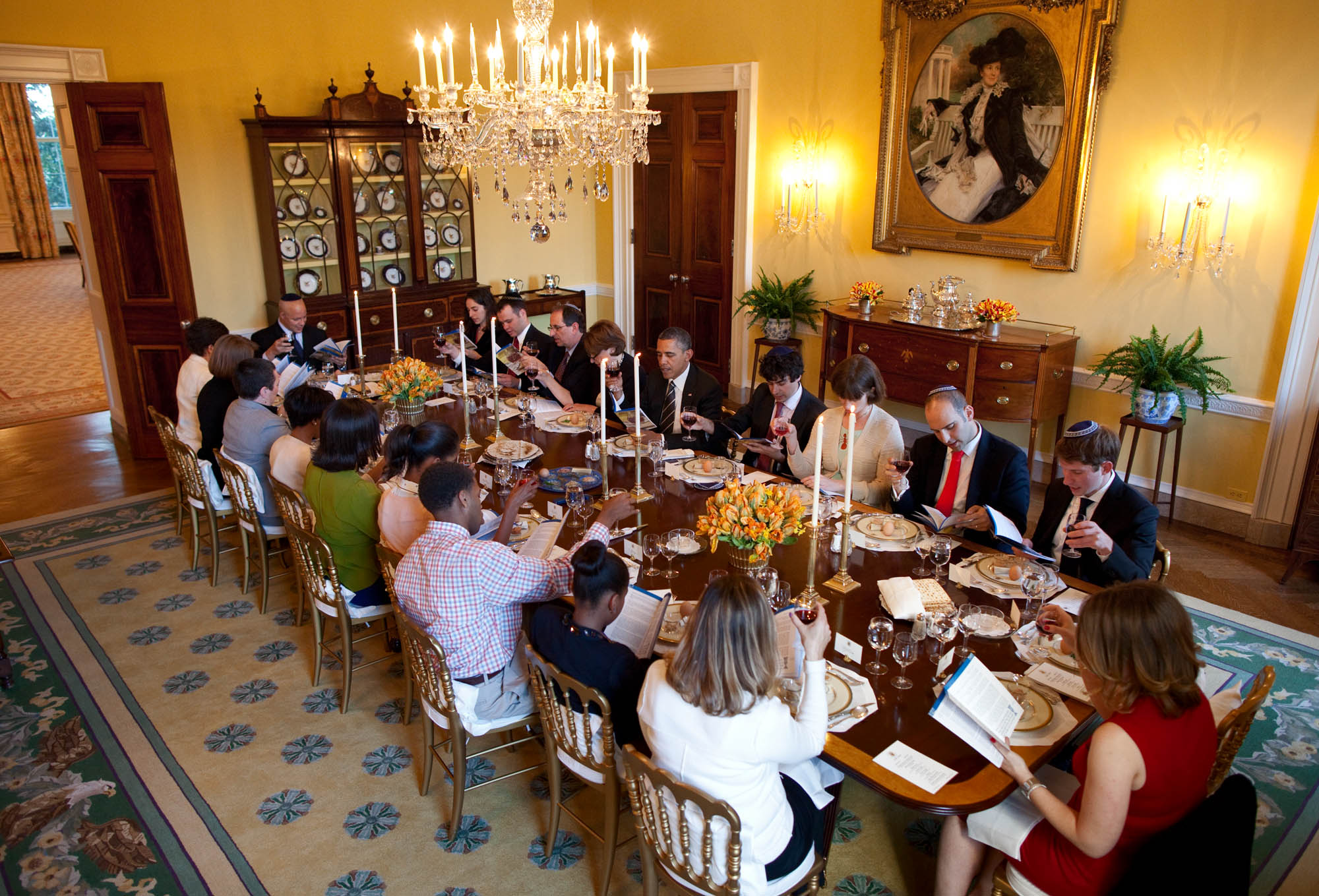 Friday night, the President and Mrs. Obama hosted the annual White House Seder in the Old Family Dining Room. Led by current and past members of the Obama Administration, this tradition dates from the 2008 campaign.  The menu brought together recipes submitted to the White House Chefs from attendees and consisted of the traditional Passover delights; matzoh ball soup, gefilte fish, kugel, brisket, and plenty of passover sweets.

In April of 2008, the President and his staff were on the trail in Pennsylvania in the midst of a long primary campaign. Weary from a long day of work and away from their families, a small group of staffers came together to hold an impromptu Seder. When then-Senator Obama got wind of the Seder, he gathered some other staff and friends and decided to join. At the end of the Seder, the President followed the traditional “Next year in Jerusalem” declaration with a pledge of his own - “Next year in the White House.” Each year since, he has followed through on that promise.

The Seder was like millions of others around the globe, complete with four cups of wine, bitter herbs, and the story of the exodus from bondage into freedom.  In a tradition begun last year, the assembled took turns reading from the emancipation proclamation at the conclusion of the seder.  This reading reminded all those assembled of the universal message and timeless nature of the holiday.

Jarrod Bernstein is the Director of Jewish Outreach in the Office of Public Engagement.