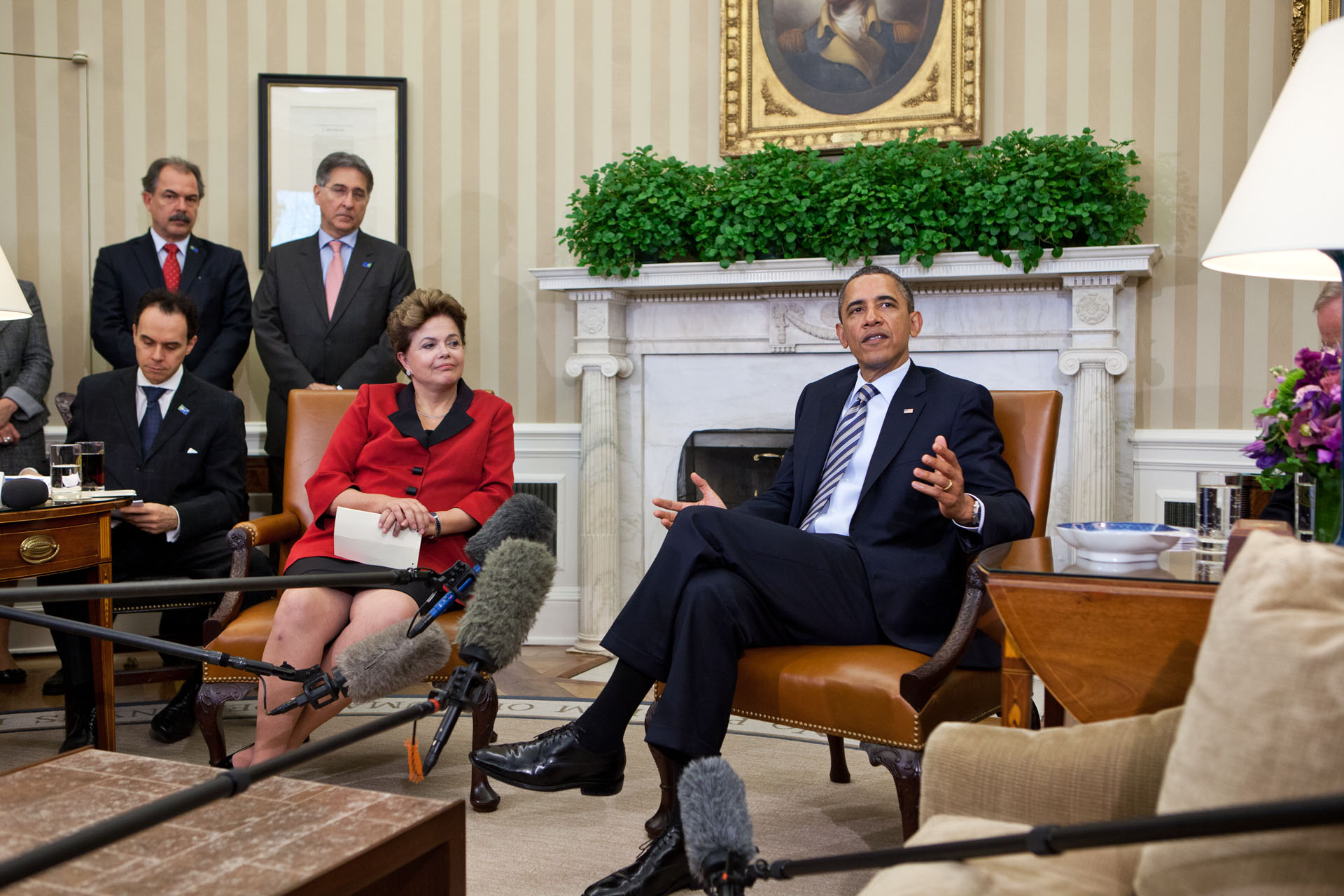 President Obama met with President Dilma Rousseff of Brazil today to discuss the bilateral relationship between the two countries. The United States and Brazil are the two largest economies and democracies in the Western Hemisphere, and share one of the most important trade and economic relationships in the world. U.S. goods and services exports to Brazil totaled $63 billion in 2011 and support approximately 300,000 U.S. jobs.

The two leaders also discussed a wide range of global issues, including global economic growth, the situation in the Middle East, and progress the two countries have made as co-chairs of the Open Government Partnership, which is increasing transparency and accountability in governments all around the world.

But, as President Obama explained, there is more work to be done.

We are consulting around the Summit of the Americas meeting this weekend to make sure that we are coordinating closely on issues of great importance like expanding educational exchanges, improving the cooperation between our countries on clean energy, dealing with issues like narco-trafficking and citizen security issues that are so important to the region.

We have important progress to make on energy cooperation. Brazil has been a extraordinary leader in biofuels and obviously is also becoming a world player when it comes to oil and gas development. And the United States is not only a potential large customer to Brazil but we think that we can cooperate closely on a whole range of energy projects together.

For more information, read the fact sheet on the growing partnership between the United States and Brazil.