60,000 Veterans and Military Spouses Have Been Hired Through Joining Forces Employment Initiatives 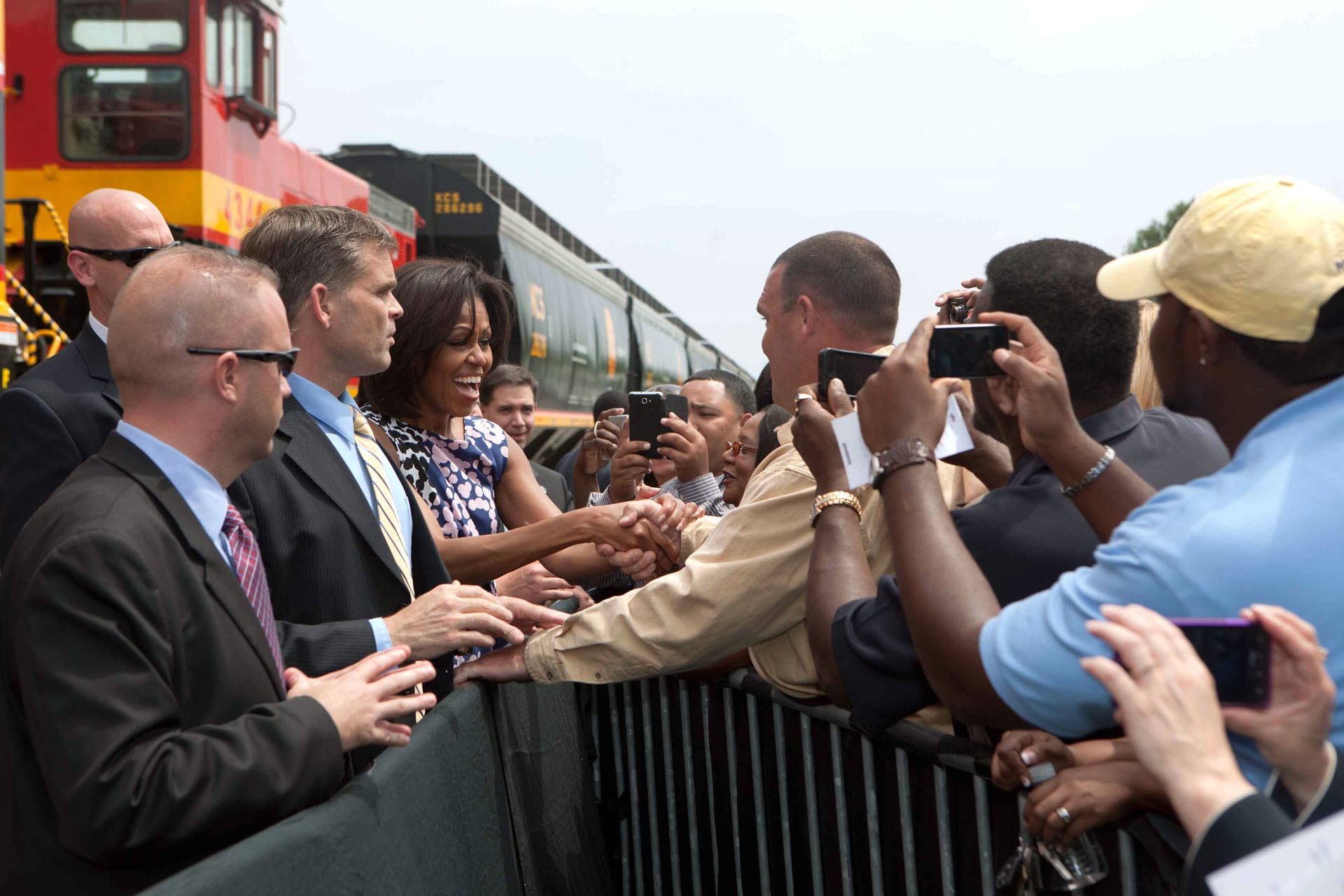 It was a great day in Shreveport, Louisiana, yesterday. First Lady Michelle Obama joined the leadership of the Kansas City Southern (KCS) Railway Company in announcing Michael Abitago, Junior as the 50,000 veteran or military spouse to have been hired by a company through the Joining Forces employment efforts this past year! Abitago literally left active duty in the Army last Saturday after 4 years of service (including 2 tours in Iraq) and starts work on Monday as a Conductor-trainee. He was hired by KCS in mid-March at a Joining Forces hiring event in Ft Hood, Texas.

And there’s even more great news. A couple of months ago when we first wanted to highlight this event, we had planned on announcing our 50,000 hire. But as we approached our visit to Shreveport we had already hit that mark. By April another 8,000 veterans and military spouses were hired. And yesterday, Mrs. Obama revealed the news that the surge in hiring pushed the number of veterans and military spouses hired through Joining Forces to 60,000!

Through Joining Forces, American businesses have not only hired more than 60,000 veterans and military spouses to date,  they have also pledged to hire at least 160,000 more in the years ahead.

More than 1,600 companies have been involved in this effort, including Microsoft, Comcast, Honeywell, Safeway and Sears. JPMorgan Chase and the 40 companies of the “100,000 jobs mission” hired more than 6,000 veterans  -- alone – in the January-March 2012 timeframe.

The private sector is stepping up in a real way to support veterans and military spouses. For a full list of companies and their commitments please click HERE.