American Hydropower: Leading the Way Toward a Job-Creating and Clean-Energy Future

April 19, 2012 at 10:49 AM ET by Kevin Frank
Twitter Facebook Email
Summary:
Kevin Frank, CEO of Voith Hydro supports the use of renewable energy and believes: "it’s now up to the manufacturers, power providers, and end users to work in concert to ensure the America of the future is powered with clean sustainable energy." 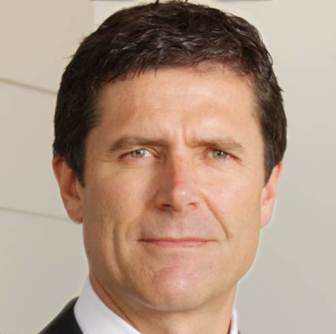 Kevin Frank is being recognized as a Champion of Change for his work advancing new ideas that are leading the way to a clean energy future and an economy that’s built to last.

As President and CEO of U.S. operations for one of the world’s leading supplier of hydropower turbines, I understand renewable energy is about more than the electricity that powers homes and businesses; it’s about creating and sustaining American jobs. At Voith Hydro, we are proud to craft the turbines that produce the clean energy our country needs and ignite the creation of thousands of jobs in an environmentally-friendly and sustainable way.

Our facility in York, PA has manufactured hydropower turbines for 135 years. Though hydropower is part of America's power-generation heritage, it is also one of the most innovative industries in today's energy economy.  Recently, the industry has focused on powering the approximately 80,000 dams in the United States that do not have power. It may surprise you to learn that only 3% of the dams in the country actually produce electricity. These dams represent a tremendous opportunity to provide more clean affordable energy across the United States, especially for an industry that prides itself on maximum efficiency.

There is good reason to focus on powering these existing dams. A 2009 study concluded that with the right policies in place, hydropower could provide the country with an additional 60,000 megawatts of electricity while creating an additional 1.4 million cumulative jobs in the U.S. This can be achieved by powering non-powered dams, expanding generation at existing hydroelectric facilities, and increased pumped-storage power plants -- which will contribute increasing renewable energy use across America.

By expanding hydropower in an environmentally-friendly and sustainable way, we can support President Obama’s goal of generating 80% of our domestic energy from clean sources by 2035. While achieving such a goal will require new generating facilities with massive output potential, there are also ways to reach these goals on a more modest and incremental scale. For instance, Voith Hydro partnered with Alden Research Labs to manufacture the Alden Turbine, which is designed specifically for smaller hydro facilities, many of which could be the nation's existing non-powered dams. The Alden Turbine has been optimized to allow for maximum safe fish passage. Moreover, Voith Hydro is developing marine and hydrokinetic technologies, which will harness the natural energy contained in ocean tides.

We are proud of our innovative products and our work with environmental and conservation groups to ensure that hydropower lives up to its name as the largest source of renewable energy in the United States. While hydropower accounts for 7% of our domestic energy supply, it actually composes approximately two-thirds of the renewable portfolio in the country, a fact that is so far little known.

As the president and CEO of a hydropower manufacturer and a board member of the National Hydropower Association, one of my missions is to advocate for hydropower as a part of a reliable and diverse domestic energy portfolio, which also has a huge ripple effect on the economy. At Voith Hydro alone, we employ over 500 people in the United States, and our supply chain is far-reaching. In 2010, we made over $60 million in domestic purchases in states across the union.

The President has clearly and consistently laid out renewable goals for the country; it’s now up to the manufacturers, power providers, and end users to work in concert to ensure the America of the future is powered with clean sustainable energy. I know hydropower will continue to be a driving force behind this movement.

Kevin Frank is President and CEO of Voith Hydro and chairs the National Hydropower Association's CEO Council, where he advocates for hydropower at both the federal and state level.