April 19, 2012 at 6:21 PM ET by Colleen Curtis
Twitter Facebook Email
Summary:
The University of Alabama's football team celebrated their 14th national championship at an event on the South Lawn 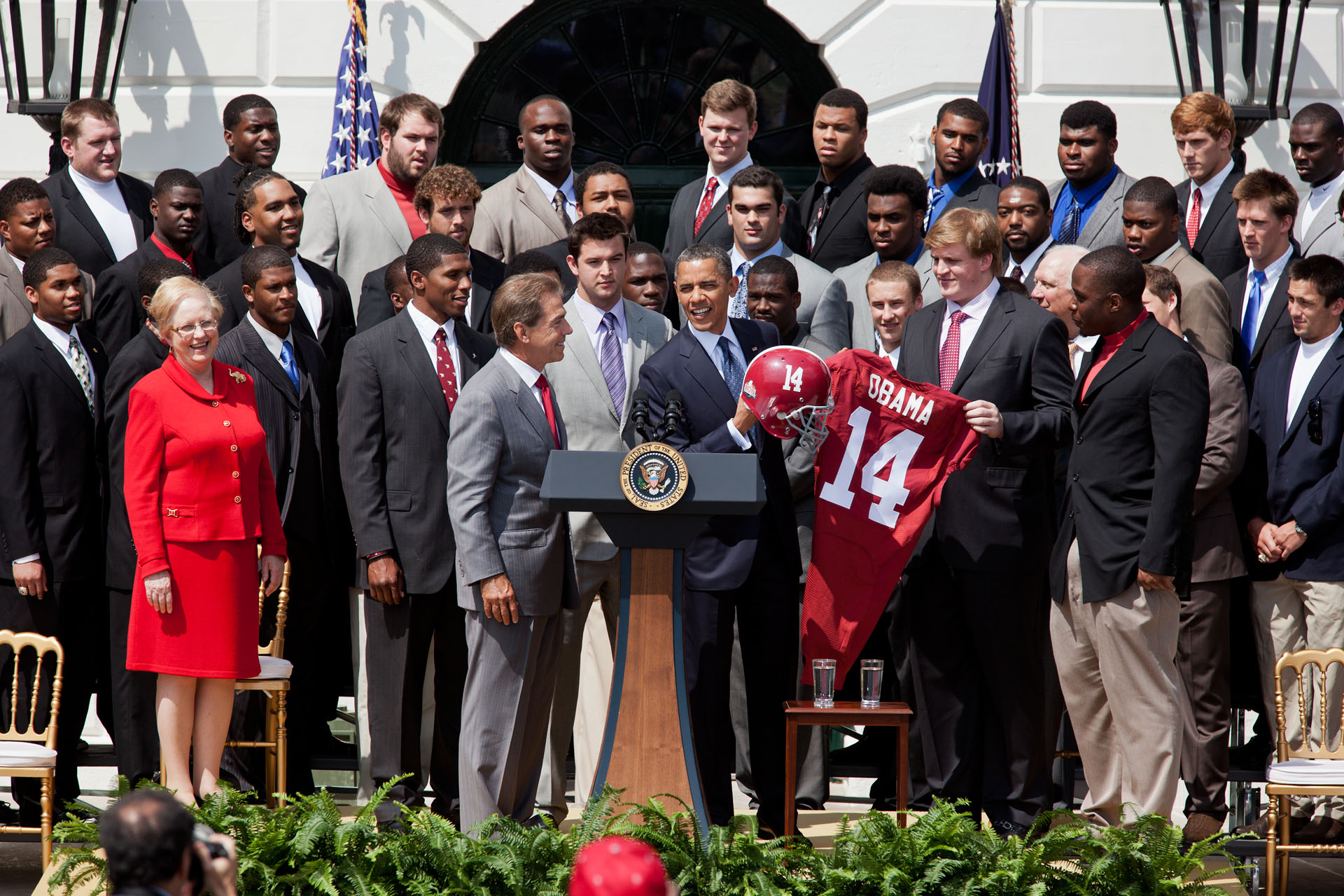 President Barack Obama is presented with a jersey and helmet from Coach Nick Saban and the 2011 BCS National Champion University of Alabama football team, on the South Lawn of the White House, April 19, 2012. The President welcomed the Crimson Tide to the White House to honor their 14th championship and their exceptional 2011-2012 season. (Official White House Photo by Lawrence Jackson)

President Obama welcomed the University of Alabama's football team to the White House this afternoon for a ceremony on the South Lawn celebrating their second national championship win in three years -- and their 14th overall.

Today's visit comes almost exactly a year since an F4 tornado hit the town of Tuscaloosa, killing 248 people including six students from the University. The President toured the devastation two days later, and spoke about that experience today:

I’ve got to tell you, I’d never seen anything like it.

And I remember something the Mayor said that day.  He said that when something like that happens, folks tend to forget all their petty differences. Things like politics, religion, race   -– when we’re confronted with a tragedy of such magnitude, all that just fades away.  We’re reminded that all we have is each other. And if you need proof of that, just look how the Auburn community stepped up during that time of need.

President Obama praised the players of the Crimson Tide, and paid tribute to what he called "a deeply meaningful season" for the team.

They played as a team because of what they had endured as a team. And so each victory was about more than getting to the title game -- it was about the lives of these players and coaches that they’d carried with them and what they meant to each other.

Each of them found different ways to honor these memories. Coach Saban started a program called “13 for 30” that aims to rebuild 13 houses for families who lost theirs in the tornado. Strength coach Scott Cochran pitched in with players almost every Saturday helping families recover and rebuild. Courtney Upshaw raised $20,000 in relief funds for the impacted families. And Barrett Jones lugged a chainsaw around Tuscaloosa to remove tornado debris from homes and yards. So the Tide showed us what it takes to win as a team, but they also showed what it means to be a part of a larger community:  to look out for one another,  to help. And that makes them pretty special.

So I just want to say to all these outstanding men and all the staff, Coach and the entire Crimson Tide community, congratulations on an extraordinary season, and best of luck next season. 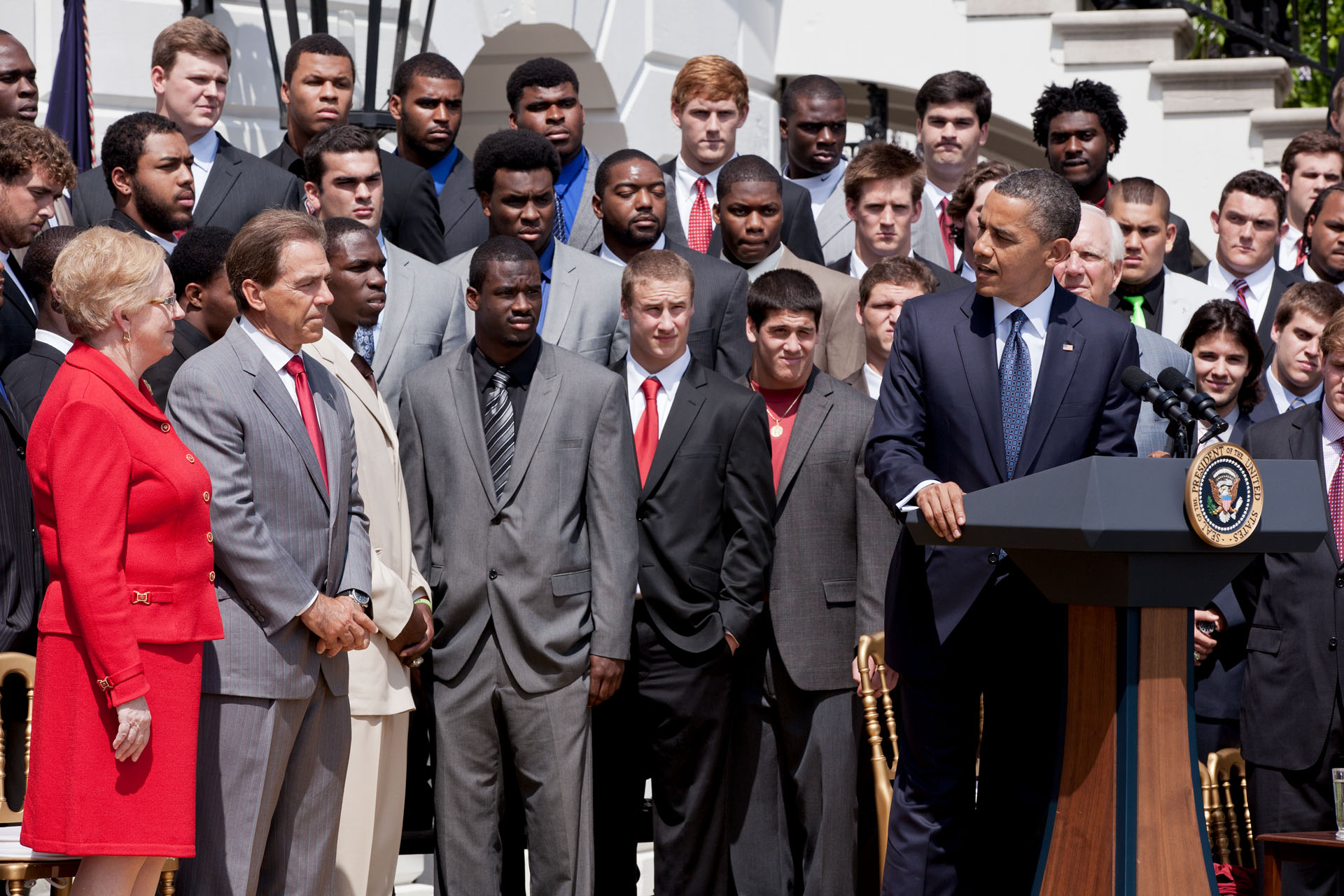 President Barack Obama delivers remarks as he welcomes the BCS National Champion University of Alabama Crimson Tide football team to the White House to honor their 14th championship and their exceptional 2011-2012 season, on the South Lawn of the White House, April 19, 2012. (Official White House Photo by Pete Souza)