Fueling the Future: Problem Solving for a Renewable Energy World

April 19, 2012 at 10:38 AM ET by James Liao
Twitter Facebook Email
Summary:
James Liao, a leading expert in Metabolic Engineering and Synthetic Biology, is working to develop solutions for the fueling the future as a part of the Department of Energy’s Advanced Research Projects Agency-Energy (ARPA-E’s) Electrofuels program. 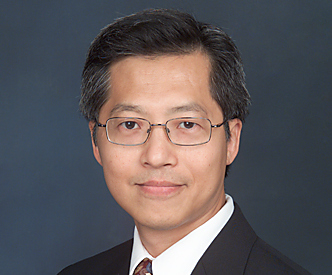 James Liao is being recognized as a Champion of Change for his work advancing new ideas that are leading the way to a clean energy future and an economy that’s built to last.

After a century of unprecedented growth in science, technology, and the economy, we now face tremendous challenges to our ability to fuel the future: a fluctuating oil price, a changing climate, and continued dependence on unreliable energy sources. These problems are increasingly personal, and the demand for solutions becomes increasingly urgent. There are many changes that we must make to address these challenges, but the ultimate solution(s) will only come from fundamental innovations in science and technology.

Our laboratory at UCLA has been focusing on developing long-term energy solutions that are sustainable and not limited by current practice. These approaches aim to capture our ultimate energy source: the sun. The amount of energy in the sunlight that hits the earth totals 1,000 times more energy than we currently use in all applications, from household electricity to transportation to heavy industry. Solar power is abundant, but converting sunlight into a form of energy that can be easily used and stored is difficult. Even with the ability to convert sunlight into electricity with high efficiency using photovoltaic solar cells, many challenges prevent us from being able to power all our energy needs with solar panels. The biggest challenges for using solar power for energy are clouds and sunset—the electricity produced by photovoltaics needs to be efficiently stored to provide power on overcast days and overnight. Our ability to store electricity in batteries is improving, but current low energy density makes batteries an inefficient choice for large-scale storage. Instead of being stored in batteries, the electricity made by solar panels can be used to split water into oxygen and hydrogen molecules, the latter of which can be used as a fuel with high energy density. However, our current transportation infrastructure is unable to use hydrogen as replacement for gasoline.

On the other hand, the leaves of plants can be thought of as biological solar panels, converting sunlight into chemical energy during the photosynthetic “light reactions.” The cells then use this chemical energy to convert carbon dioxide from the air to sugars in a process called the “dark reactions.” The production of biofuels relies on photosynthesis, we can harvest the sugars and biomass produced by plants and process them to obtain fuels that we can use. This process is promising as a short-to-intermediate-term solution, but is limited by the efficiency of converting sunlight into plant matter. Replacing all our fuel needs in this way would require us to cover nearly one third of the United States in biofuel crops.

One way to circumvent the difficulty of both electricity storage and the need for large surface areas in photosynthesis is to link the best parts of photovoltaic cells with the best parts of the biological reactions. Instead of using leaves to conduct both the light and dark reactions, we can now use a man-made device to perform the “light reactions,” converting solar energy to formic acid, an energy intermediate that can be used by some bacteria. The formic acid can then be converted to isobutanol, a gasoline substitute, by a genetically engineered strain of the bacteria called Ralstonia eutropha. This latter process is equivalent to the biological “dark reactions,” and produces a compound that is useful for current-day gasoline-based transportation. By combining these two processes we show how it may be possible to power cars with sunlight or electricity without using an electric car.

This project is supported by Department of Energy’s Advanced Research Projects Agency-Energy (ARPA-E). Many teams are working towards similar goals using different approaches through ARPA-E’s Electrofuels program. The conversion of carbon dioxide to liquid fuel powered by electricity adds interconnectivity among different forms of energy, and may provide the missing link to various energy solutions.


James Liao is the Parsons Foundation Professor of the Chemical and Biomolecular Engineering Department, University of California, Los Angeles.