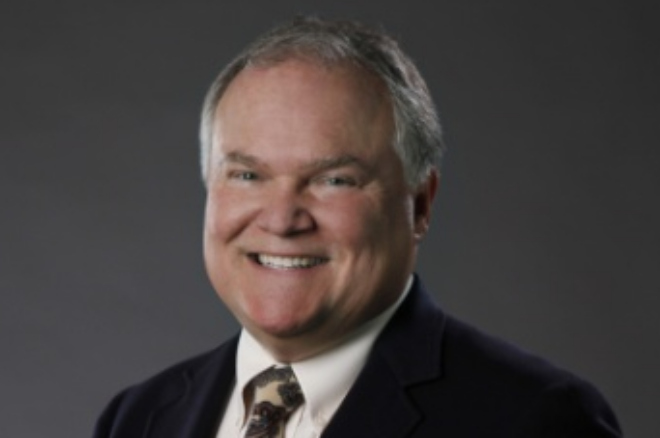 Ed O'Rourke is being recognized as a Champion of Change for his work advancing new ideas that are leading the way to a clean energy future and an economy that’s built to last.

I am honored to be recognized as a White House "Champion of Change" for Innovations in Renewable Energy. As President and CEO of a small company dedicated to innovating alternative power, enhancing energy security by reducing dependence on foreign oil is the stuff of my daily work.

The US Marine Corps has deployed our SPACES kit (manportable solar technology) along with other alternative energy solutions across Marine Battalions in Afghanistan at a cost of $25 million. These systems will save more than $50 million per year; paying for themselves in only six months. More importantly, this means a reduction in the number of resupply convoys, taking 180 trucks off the road and reducing the number of young men and women in harm’s way.

First, let me tell you where I come from. I take pride in being an Air Force brat - my Dad served with distinction as a C-47 pilot in the Second World War. From our small town of Midwest City, OK; I went to college at Caltech to study Applied Physics and graduated as the Vietnam War was winding down. I entered the workforce with an immense sense of patriotic duty.

I worked for large aerospace firms, McDonnell Douglas and others, but over the years, I felt the tug of a greater calling. In 1986, I left that world to form a small business known today as Iris Technology. In the beginning, we did a lot of specialty design and development work - work that continues to this day. As we evolved, our mission became very clear: to empower our customers with innovative technologies that promote energy independence, enhance national security, and ultimately save lives. Having grown up in a military household, this is a mission of great personal meaning.

In 1996, we had our first real opportunity to meet our mission. We designed and built the first widely fielded Alternate Power System for the Marine Corps, the PAC-216. This adapter allowed operators to power their tactical radios from any AC source available, such as from a field generator. At that time, rechargeable batteries were practically nonexistent in the fleet and, for each SINCGARS radio, we were able to save hundreds of dollars per day on disposable battery costs – not to mention eliminating tons of hazardous waste per year.

A lot has transpired since that time and Iris Technology is now best known for technologies that collect, route or move energy, such as our vehicle power inverters (QuietPower), radio power adapters (Merlin), and solar power solutions for both manportable use (SPACES) and for remote operating bases (GREENS). To date, we have delivered 20,000 of these systems managing more than 20 million watts of power.

SPACES, for example, has been deployed with the Third Battalion, Fifth Marines, in a tough fight in Afghanistan. This product helped them cut fuel use by 25 percent at main operating bases and up to 90 percent at combat outposts. Three-week patrols never needed resupply and were able to reduce carry weight by 700 pounds while saving $40,000.

The Marine Corps shared with us a video of Commander Lt. Patterson, then on duty with the 3/5 in Helmand Province, Afghanistan. I watched with our entire company in stunned silence. He painted vivid images of how our systems keep his platoon safe in this extremely dangerous place. We include this clip -- unedited -- on our website as a reminder to ourselves of what’s really important – and this is why I come to work every day.

My wife, Jeannette, has worked beside me since day one and this is a shared honor. At this point in our lives, our mission is to transmit this drive and sense of duty to others: to inspire a new generation of creative and highly skilled patriots to carry on this vision beyond the reaches of our furthest imagination.

Ed O’Rourke is the CEO of Iris Technology Corporation,  a company dedicated to delivering the best power and energy solutions for American troops. Iris Technology supplies the military with products that promote energy independence and enhance national security.