Yesterday, the President visited Lorain County Community College in Elyria, Ohio to highlight how federal job training funding is providing critical services for unemployed workers and helping them to get jobs in high-demand, high-growth industries. The President sat down with students in the college’s Transformations program for Computerized Numerically Controlled Machining, a program with a proven track record of success – placing more than 90 percent of participants in jobs within three months of graduation.

If Republicans in Congress had their way, they would actually cut funding to programs that help middle class families get back on their feet in order to provide more tax cuts to the wealthy.  That doesn’t make any sense.

Congressional Republicans are proposing the same types of economic policies that failed us in the past. In America, prosperity has never just trickled from the top down.  Prosperity has always grown from the heart of a strong middle class – and it starts with strong manufacturing jobs in places like Elyria, Ohio.  The President will continue to fight for middle class families and create an economy that’s built to last -- economy built on investments that put America in control of its energy future, improve education and skills for American workers, and support small business and American manufacturing, so we make things the world buys.

Just take a look at some of the front pages of the newspapers across Ohio and you’ll see that this truly is a make or break moment for the middle class. With people working to get back on their feet, we can’t afford to cut funding for these critical programs just to give the wealthiest few more tax cuts. 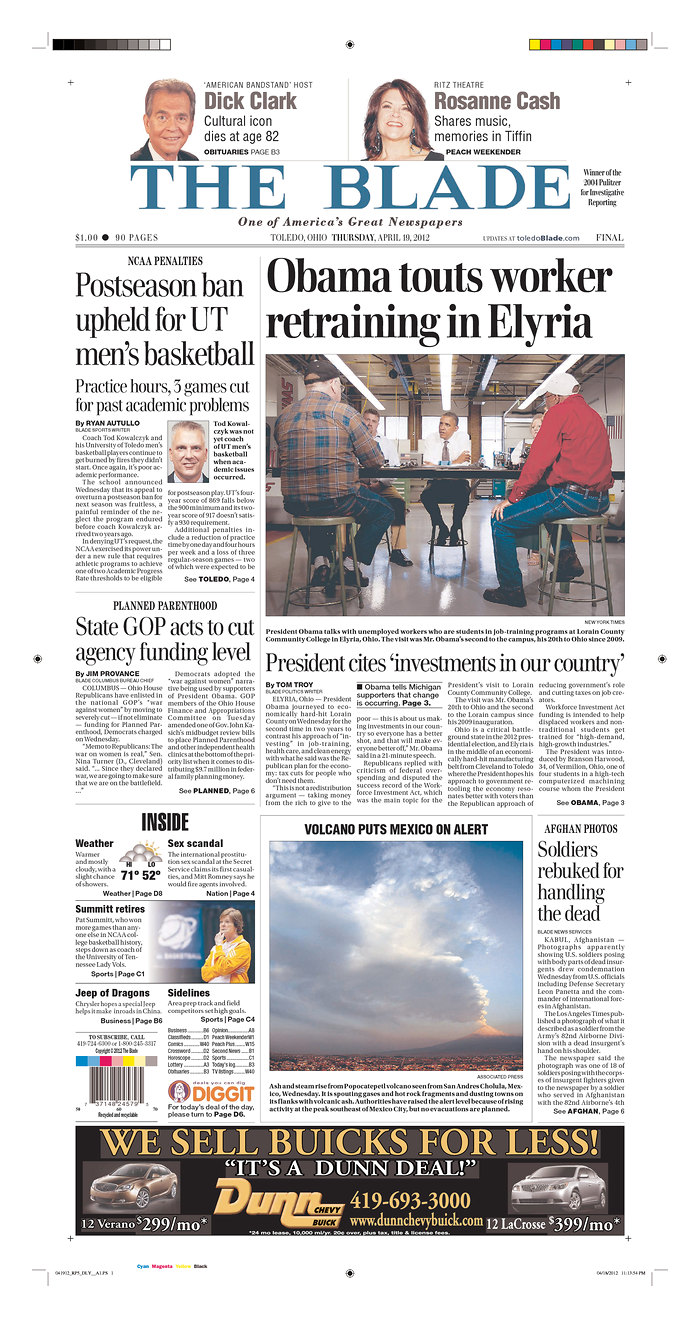 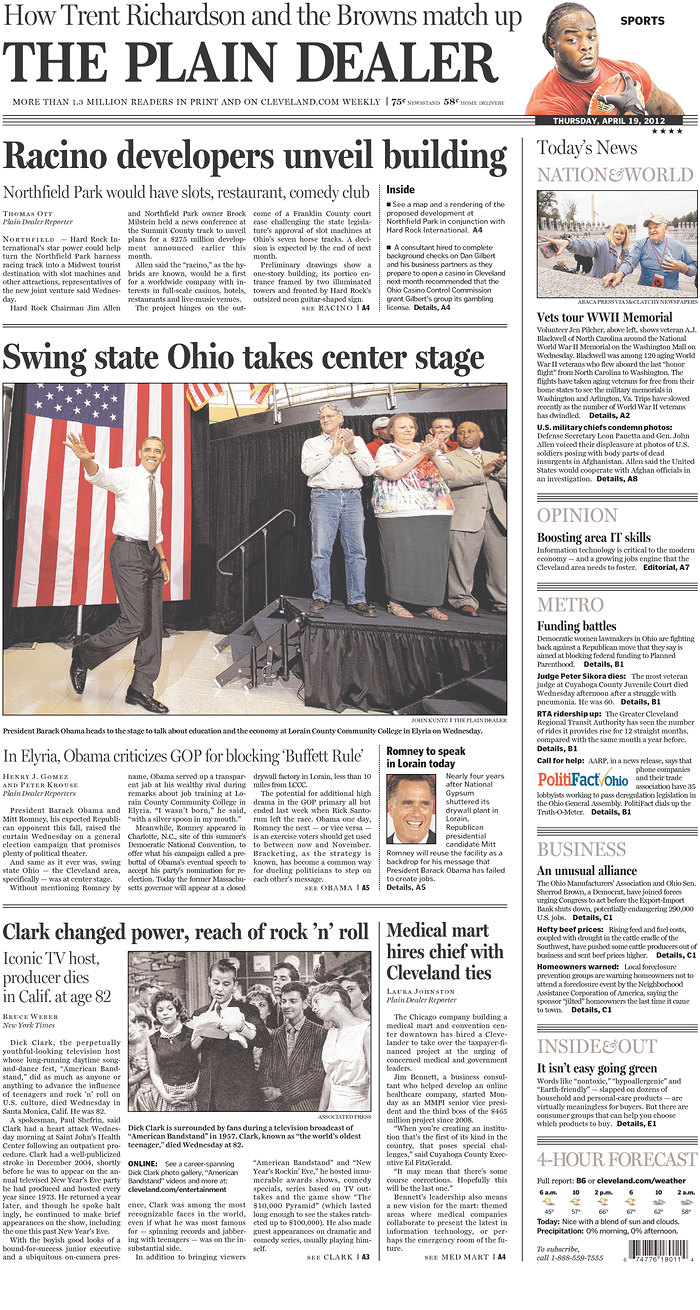 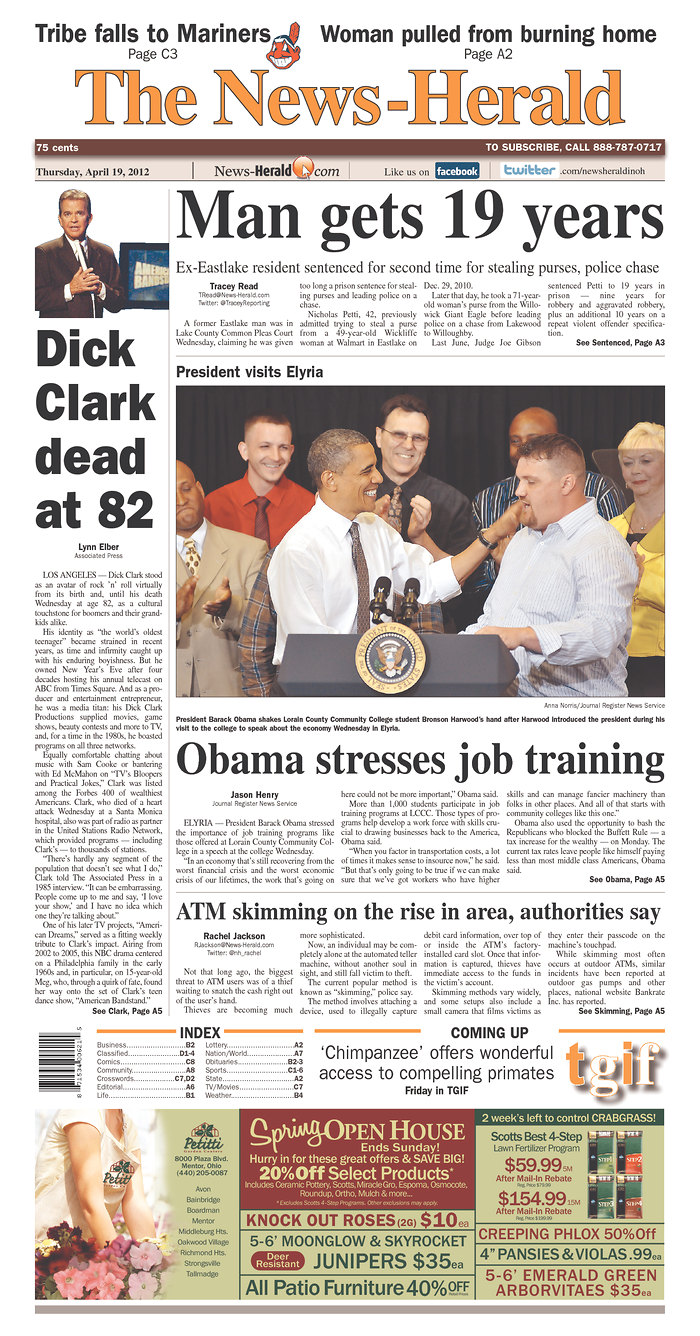 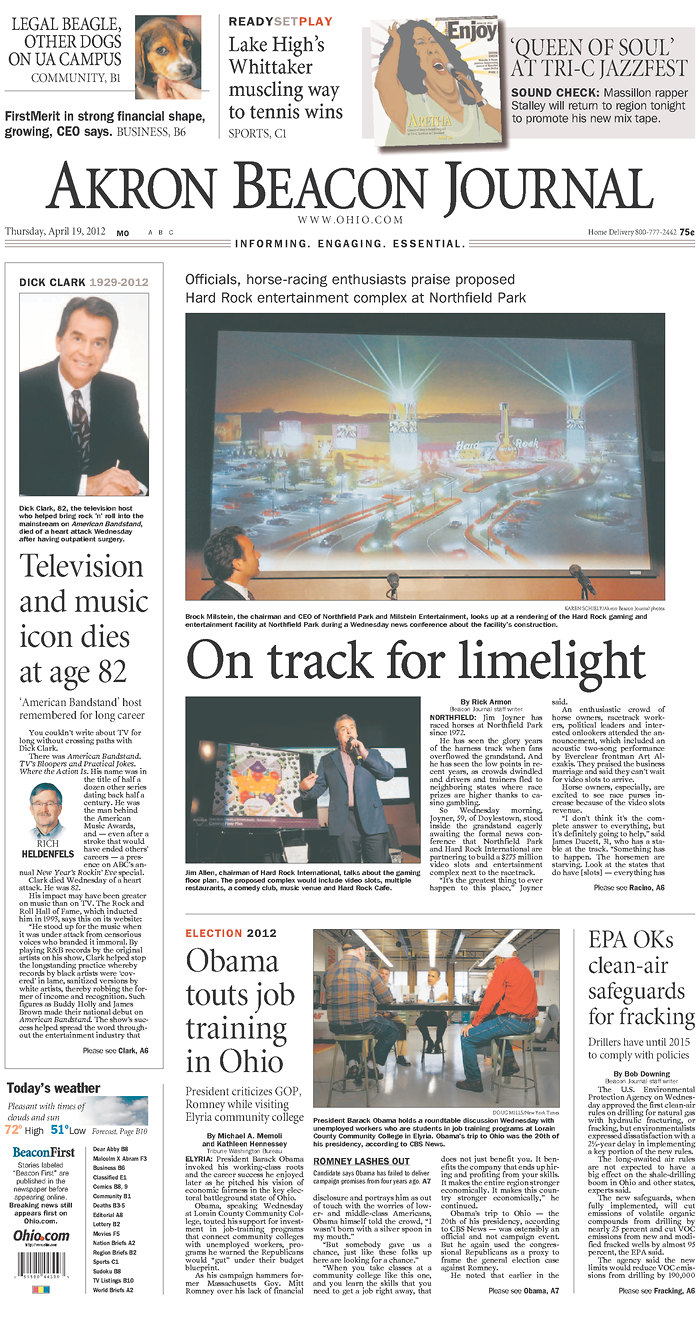