April 19, 2012 at 12:35 PM ET by Gabriela Lemus
Twitter Facebook Email
Summary:
The Department of Labor's proposed tribal consultation policy creates a formal process through which the department will engage in consultation with federally recognized tribes on actions or policies that will have significant impact on tribal nations.

Ed. Note: This piece is cross-posted from the Department of Labor's Official Blog.

Yesterday, the Department of Labor published in the Federal Register a proposed tribal consultation policy. This will create a formal process through which the department will engage in consultation with federally recognized tribes on actions or policies that will have significant impact on tribal nations.

I am pleased that this day has come.  Secretary of Labor Hilda Solis directed me to create a team here at the department to draft a document that solidifies the department’s commitment to meaningful government-to-government relationships between the department and sovereign tribal nations.  Over the last year, the team has conducted multiple listening sessions with tribal leaders across the country to solicit feedback. 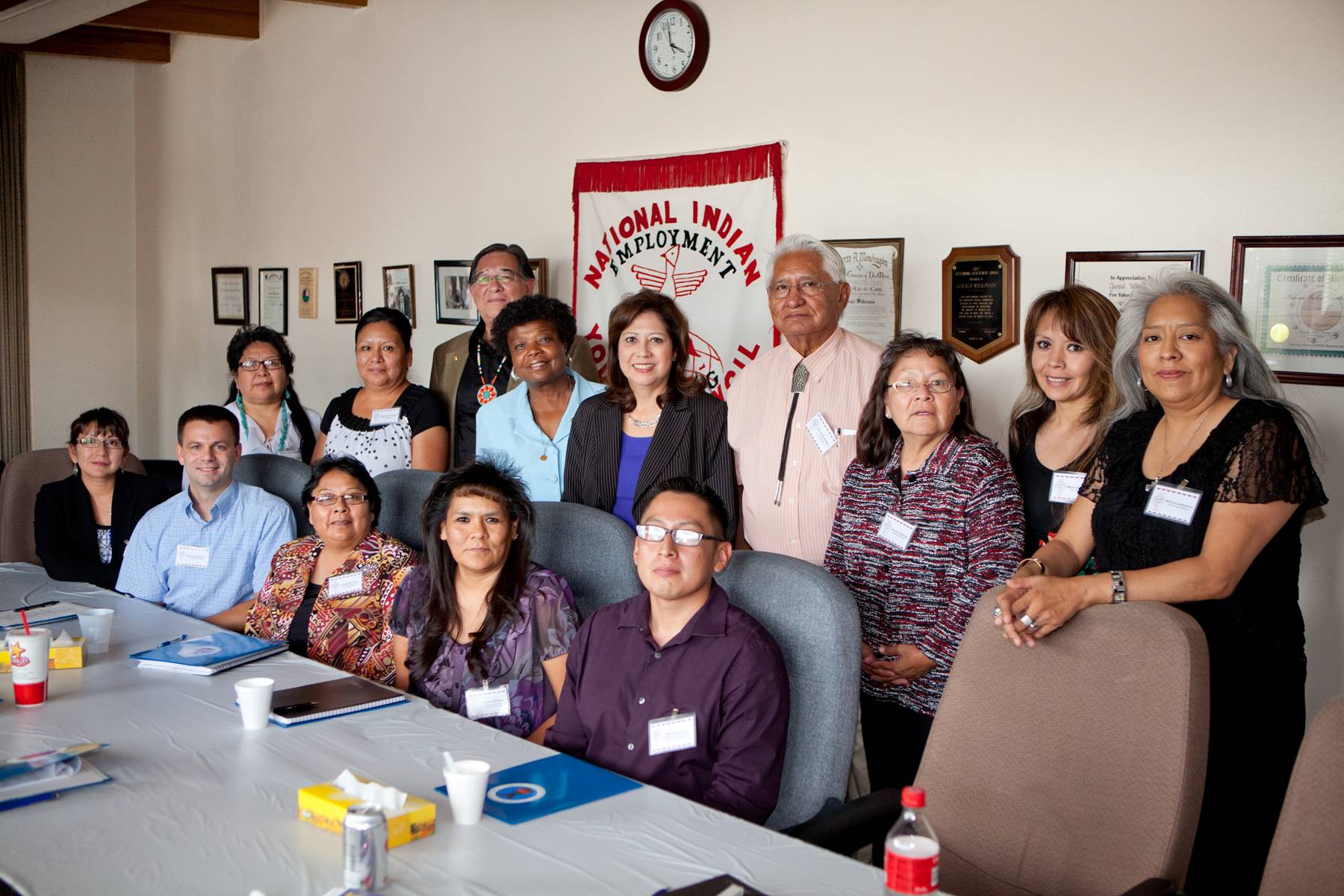 Secretary Solis meets with the National Indian Youth Council, a DOL Division of Indian and Native American Programs grantee in Albuquerque, NM (Photo courtesy of the Department of Labor).

I have traveled to Portland, Oregon, to meet with leaders at the National Congress of American Indians National Conference.  We have gathered feedback from DOL’s own Native American Employment and Training Council, and next week, members of DOL’s tribal consultation policy team will meet with leaders at the 33rd National Indian and Native American Employment and Training Conference in Marksville, Louisiana.

I encourage tribal leaders and other community members to provide comment on this policy.  A public comment period will end June 18. Following the comment period, the department will evaluate comments for prospective changes to the proposed policy. To view the proposal and submit comments, visit http://www.federalregister.gov/a/2012-09372.

In addition, DOL continues to allocate resources to dealing with issues such as high unemployment in Indian Country.  In March, the Department announced the availability of $47,086,319 in funding and $12,365,295 in supplemental youth-specific program funding to programs helping get Native Americans back to work.

In addition, DOL’s Employment and Training Administration has awarded almost $2 million dollars in grants to the Red Lake Band of Chippewa Indians and the Lummi Nation to provide job training skills in the construction trade.  In September, the United Tribes Technical College received a $1.7 million Jobs and Innovation Accelerator Challenge grant intended to help regions achieve the demonstrated benefits of collaborative, cluster-based regional development.  DOL also issued a grant of $18,947,635 to a consortium of tribal colleges, led by United Tribes Technical College, for training of workers in high-demand job skills.

Publishing the tribal consultation policy in the Federal Register yesterday is not the end of a conversation.  Indeed, it marks a continuation and expansion of DOL’s commitment to consistently engage in substantive and formative dialogue with tribal nations. I encourage all interested parties to submit comments, and I look forward to our continued government-to-government collaboration in the future.

Dr. Gabriela Lemus is the Director of the Department of Labor's Office of Public Engagement.