Every Child Deserves a 5th Birthday

April 23, 2012 at 1:32 PM ET by Nicole Schiegg
Twitter Facebook Email
Summary:
USAID launches a campaign to raise awareness about child mortality and mobilize the world toward the goal of ending preventable child deaths.

Today the U.S. Agency for International Development (USAID) and several partners including UNICEF launched “Every Child Deserves a 5th Birthday”. The premise of this awareness-raising campaign is simple: every child should have a chance to reach five. Over 7 million children—most of them in Sub-Saharan Africa and South Asia—didn’t reach their 5th birthday last year. That number is equivalent to the entire population of New York City.

At an event this morning at the Kaiser Family Foundation, USAID Administrator Raj Shah talked about his own three children. Dr. Shah mentioned his second child, Amna, who will turn five next year. I celebrated reaching five with a carousel cake and a Smurf-themed party (see my picture below). Likely Amna’s birthday will feature Dora the Explorer or a character that is more current! 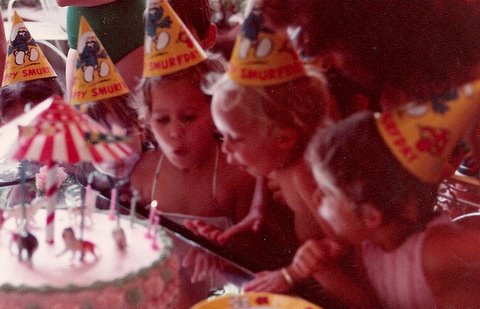 Dr. Shah talked about how Amna will receive a common gift when American children turn five: a backpack. The sad truth is that over 7 million kids won’t survive to five. But there is good news. We have the tools we need to change this brutal fact of life. And all of them just happen to fit in a backpack.

So instead of books, imagine the following. A vaccine. A bed net. A ready-to-use, highly nutritious supplement. A package of antiretrovirals. A bag mask to help babies breathe. Together these tools cost about $30. Together, they can address the leading causes of preventable child death in most developing countries.

That’s what the 5th Birthday campaign is all about. We must ensure that affordable tools reach the most vulnerable children around the world. This isn’t the responsibility of just the United States. It is a shared value with countries and citizens around the world.

Checkout the short video below and join our awareness-raising campaign to spur global action and to hold all countries to account. Post a photo from your fifth birthday -- if you can't find one, any photo of you or your kids at five will work -- and share it via our website and social media outlets. You can also join the conversation on Twitter using #5thBDay. Let’s mobilize the world toward the goal of ending preventable child deaths.