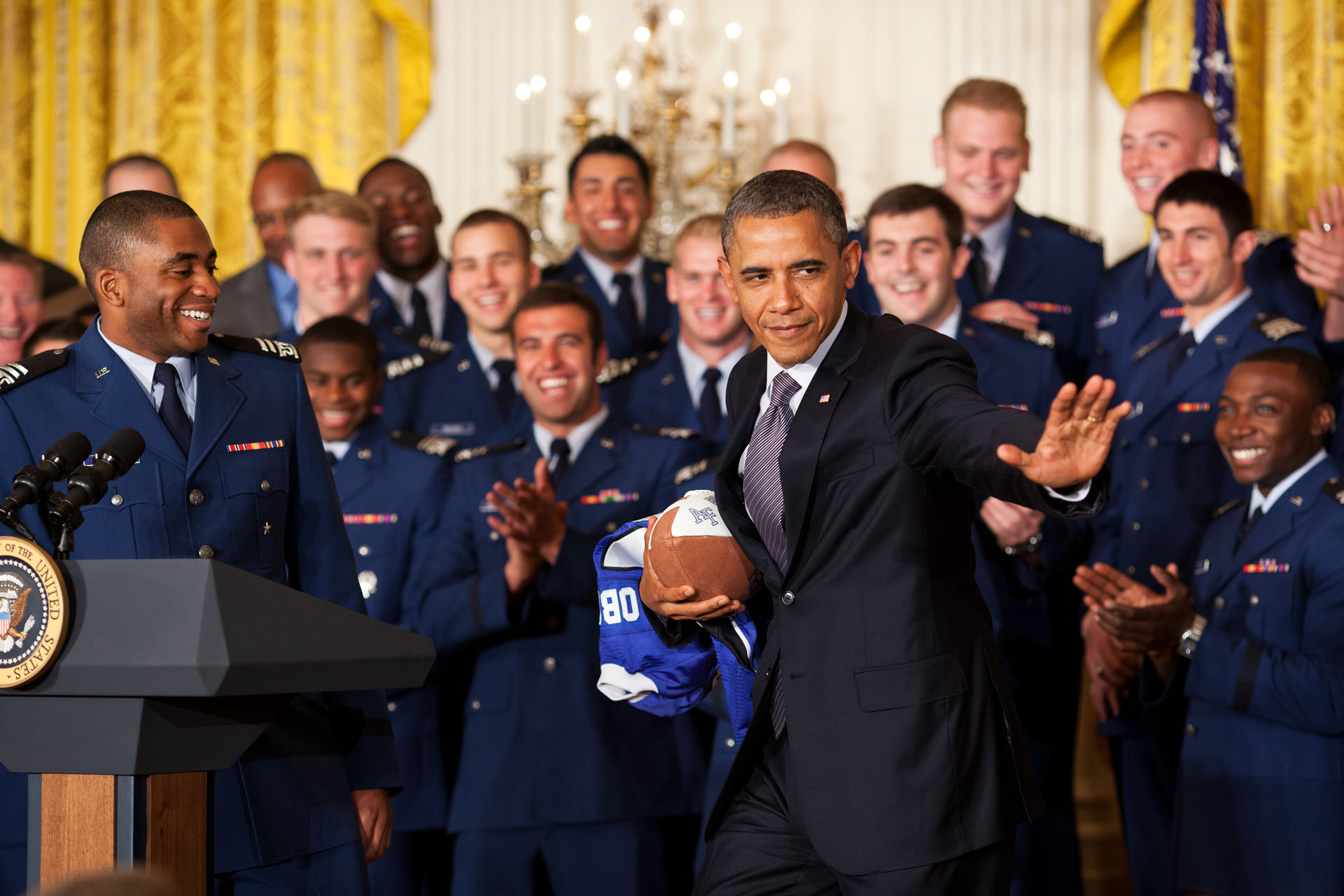 President Barack Obama strikes the Heisman pose after accepting a football from quarterback Tim Jefferson, left, during the Commander-in-Chief Trophy presentation to the United States Air Force Academy football team in the East Room of the White House, April 23, 2012. The Air Force beat Army and Navy in 2011 to claim the trophy for the 18th time. (Official White House Photo by Pete Souza)

Today the President congratulated the Fighting Falcons of the United States Air Force Academy on winning their Commander-in-Chief trophy--the second win and a row, and their 18th of all time.

The team had to fight hard the whole season, and its seniors distinguished themselves as some of the most talented in school history. Brady Amack and Jon Davis put together the sixth-ranking passing defense in the country.  Asher Clark led the nation’s third-best rushing attack.  Tim Jefferson will graduate as the winningest Air Force quarterback of all time and the first quarterback in service academy history to lead his team to four consecutive bowl games.

President Obama says he expects the team to be back next year, although without its seniors, who have have something even bigger coming up:

Ultimately, these seniors understand that shutouts and bowl games and trophies are not nearly as important as the solemn obligation, the solemn oath that they will take in just a few weeks as the newest officers in the world's finest Air Force.

So, gentlemen, I have no higher privilege and no greater honor than serving as your Commander-in-Chief, and I look forward to joining you for that important ceremony.

Today, we honor the success that these outstanding young men had on the playing field.  And we look forward to their continuing excellence on behalf of the nation.  And, cadets, as you look to trade the proud uniform of your team for the proud uniform of your country, I want you to know that this country will stand by you and do everything possible to help you succeed and come home safe.