April 23, 2012 at 5:23 PM ET by Megan Slack
Twitter Facebook Email
Summary:
President Obama speaks about honoring the pledge of “never again” by making sure we are doing everything we can to prevent and end atrocities and save lives. 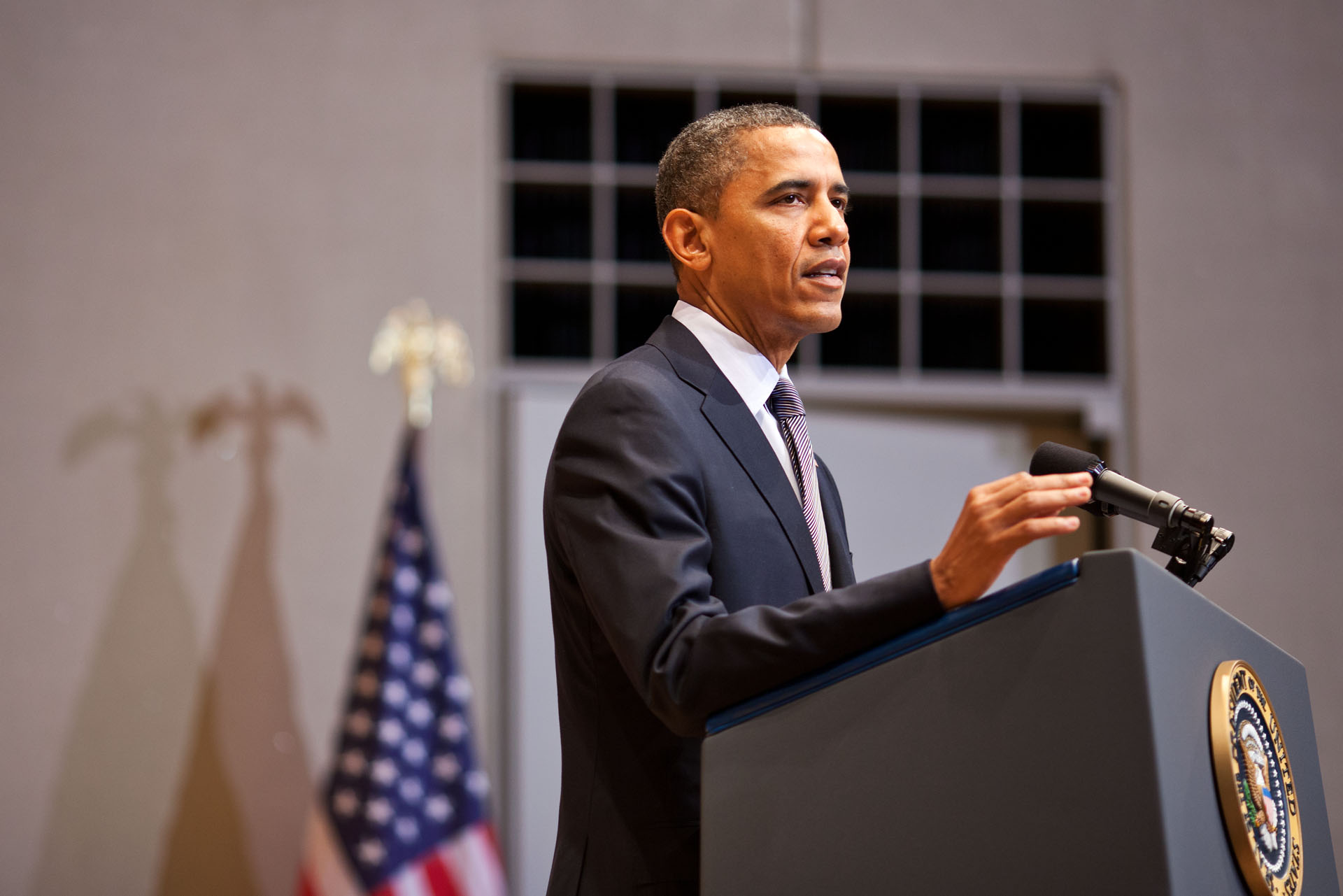 Today, President Obama spoke at the United States Holocaust Memorial Museum about honoring the pledge of “never again” by making sure we are doing everything we can to prevent and end atrocities and save lives.

After being introduced by Professor Elie Wiesel, a Holocaust survivor, the President spoke of the importance of telling our children—and all future generations—about that dark and evil time in human history when six million innocent men, women, and children were murdered just because they were Jewish.

We must tell our children. But more than that, we must teach them. Because remembrance without resolve is a hollow gesture. Awareness without action changes nothing. In this sense, "never again" is a challenge to us all -- to pause and to look within.

For the Holocaust may have reached its barbaric climax at Treblinka and Auschwitz and Belzec, but it started in the hearts of ordinary men and women. And we have seen it again -- madness that can sweep through peoples, sweep through nations, embed itself. The killings in Cambodia, the killings in Rwanda, the killings in Bosnia, the killings in Darfur -- they shock our conscience, but they are the awful extreme of a spectrum of ignorance and intolerance that we see every day; the bigotry that says another person is less than my equal, less than human. These are the seeds of hate that we cannot let take root in our heart.

President Obama has made it clear that "preventing mass atrocities and genocide is a core national security interest and a core moral responsibility of the United States of America." Last year he issued a Presidential Directive to make sure that the U.S. has the neccesary structures and mechanisms in place to prevent and respond to mass atrocities. He also established an Atrocities Prevention Board to bring together senior officials from across our government to focus on this critical mission. And there’s more work to be done:

Going forward, we’ll strengthen our tools across the board, and we'll create new ones.  The intelligence community will prepare, for example, the first-ever National Intelligence Estimate on the risk of mass atrocities and genocide. We're going to institutionalize the focus on this issue. Across government, "alert channels" will ensure that information about unfolding crises -- and dissenting opinions -- quickly reach decision-makers, including me.

Our Treasury Department will work to more quickly deploy its financial tools to block the flow of money to abusive regimes. Our military will take additional steps to incorporate the prevention of atrocities into its doctrine and its planning. And the State Department will increase its ability to surge our diplomats and experts in a crisis. USAID will invite people and high-tech companies to help create new technologies to quickly expose violations of human rights. And we’ll work with other nations so the burden is better shared -- because this is a global responsibility.

In short, we need to be doing everything we can to prevent and respond to these kinds of atrocities -- because national sovereignty is never a license to slaughter your people. 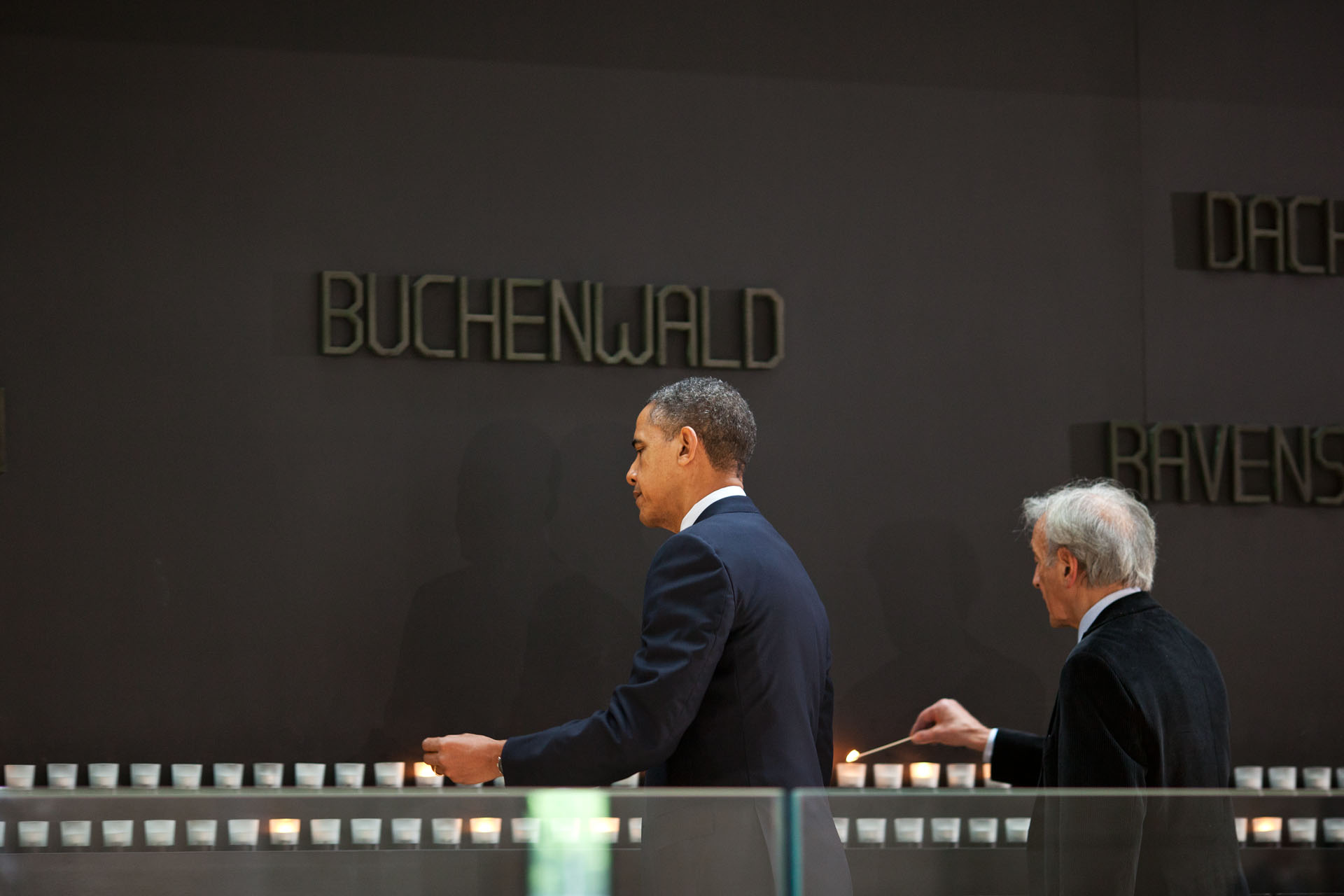