April 23, 2012 at 10:00 AM ET by John Belizaire
Twitter Facebook Email
Summary:
This guest post from the CEO and co-founder of FirstBest Systems looks at how the JOBS Act will open new pathways to capital, from seed to growth stage, allowing new ventures across the country to realize their visions

"Always be humble and don’t let anybody say you don't work hard. Do your best” were the words of wisdom instilled in me by my Haitian-born parents. They’d experienced the dictatorship of Jean Claude Duvalier, yet remained total optimists.

I thought of them when I arrived at the White House earlier this month. I thought I was just going to attend the signing of the Jumpstart Our Business Startups (JOBS) Act but in fact, I did more than that. First, I was fortunate enough to attend a roundtable discussion to discuss how the new law will fuel innovation across the country and then we had the privilege of meeting President Obama and joined him on the podium in the Rose Garden to sign the bill into law. 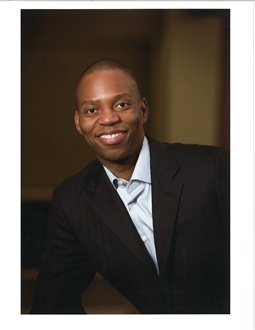 As I stood up there, I felt honored to part of such a historic occasion. I was thinking of my own startup, my co-founders, our customers, our employees and our investors, and my journey to this moment.

I was born in Nassau, Bahamas, and then five years later, my family moved to New York. Like many immigrants from the Caribbean, we made Brooklyn, NY, our home.

In junior high school, I worked hard doing odd jobs to save money to buy my first computer. I started my first (little) company selling colorful computer disks and typing papers for my high school teachers, who were completing their Masters degrees. While my friends had paper routes, I was already going the techie route.

After completing undergraduate and graduate programs in computer science at Cornell, I worked at Intel, before helping launch The Theory Center, a leader in component software for enterprise applications. Our founding team was like the United Nations, with representatives from Argentina, China, Haiti, Mexico, and the U.S. We sold the company to BEA systems, for more than $150 million, a life-changing experience.

After three years spent investing in young companies, I joined with two of my original partners (Joseph Pilkerton and Julian Pelenur) to start FirstBest Systems. We wanted to renew our passion for building innovative companies and we chose insurance because the industry was underserved by technology in so many areas. We spent 18 months talking to real insurance people about their pains and asked them "If you could wave a magic wand and change your work world, what would it look like?" When everyone began saying the same thing, we knew we were on to something.

We opened the doors to FirstBest in 2006 in the Boston area, our sleeves rolled-up and ready to help transform how insurance companies work. Today, our software powers some of the most innovative global insurance companies. When these insurers are underwriting complex risk like oil rigs, cruise liners, truckers, airlines, airports, missions to space, and professionals, they’re using our software to make the right decision.

There have been challenges along the way. When developing a new technology for an older industry, getting customers and investors to listen is tough. But in 2011, we doubled our customer base, grew staff by 40% and achieved 125% growth in orders. FirstBest has created more than 100 jobs in the past five years, with employees in several states including Massachusetts, Pennsylvania, Connecticut, New York, Georgia, Texas, Arizona, California, and Colorado. We expect to double our team in 2013.

I always tell fellow entrepreneurs that they should remember the following acronym when building a new venture: PPMMF (People, Product, Market, (Business) Model, Funding). You need to hire the best people, have a unique product, know your market and own it. The business model is the engine for growth and the funding is the fuel.

Young companies are formed across the country today, and many founders don't understand the importance of capital or how to find it. The JOBS Act will open new pathways to capital, from seed to growth stage, allowing new ventures across the country to realize their visions. With this law in place, who knows what’s in store for FirstBest? “Nasdaq: FBST” may happen sooner than we think…

John Belizaire is CEO and co-founder of FirstBest Systems, based in Bedford, Massachusetts.