Watch and Engage: Girls in STEM

April 23, 2012 at 6:22 PM ET by Ari Isaacman Astles
Twitter Facebook Email
Summary:
Trailblazing women in Science, Technology, Engineering, and Mathematics (STEM) fields share their experiences and encourage young women to follow in their footsteps – or blaze a trail of their own.

Women and girls continue to be significantly underrepresented in the STEM fields – a trend that starts early and comes at a serious cost to both the career prospects of our young women and the success of our economy. By ensuring women and girls receive the exposure, encouragement, and support they need to enter and succeed in STEM fields, this country can benefit from the full range and diversity of its talent.

The White House Council on Women and Girls is excited to announce a White House event that features a panel of trailblazing women in Science, Technology, Engineering, and Mathematics (STEM) fields who will share their experiences and encourage young women to follow in their footsteps – or blaze a trail of their own. Watch the event live at www.wh.gov/live tomorrow, Tuesday, April 24, 2012 at 10:30am ET. During the event, panelists will answer questions from a live audience and also take questions submitted online. Ask your questions here or on Twitter using the hashtag #GirlsInSTEM.

This event will also include the very first public screening of “Girls in STEM,” a video on girls in STEM, featuring footage from girls who participated in the 2012 White House Science Fair.

The White House is committed to proving opportunities for all students to engage in STEM. Below is a photograph from the second White House Science Fair that recognized achievements in STEM from across the country. 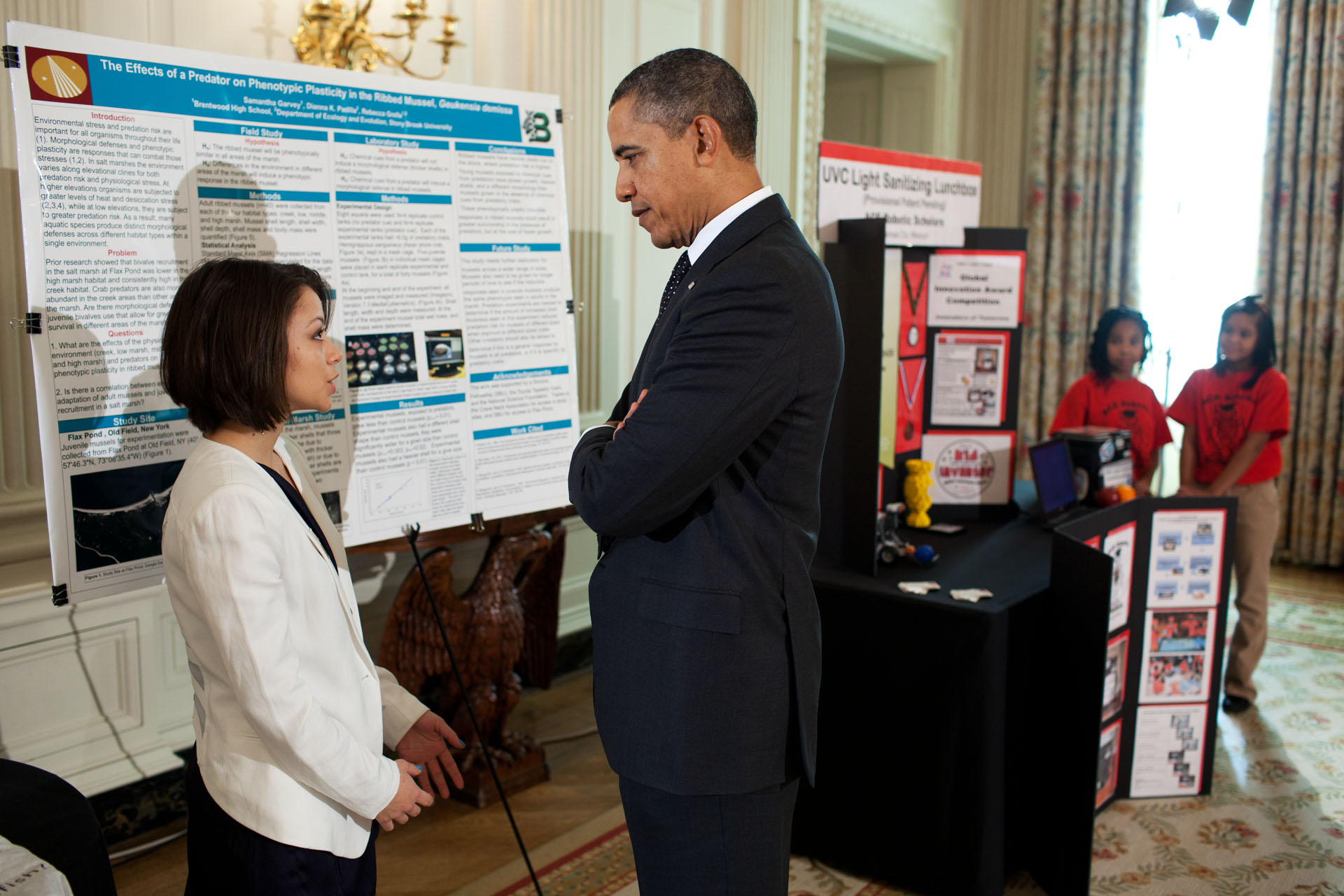