Friends and Family are Primary Sources of Abused Prescription Drugs

Today, ONDCP released new data analysis revealing that the majority of first-time or occasional prescription drug abusers are most likely to get their drugs from a friend or family member-- for free, or without permission 1.  Prescription drugs are the second-most abused category of drugs in the United States, following marijuana.  When taken as directed for legitimate medical purposes, prescription drugs are safe and effective.  However, they are just as dangerous and deadly as illegal drugs when used for non-medical reasons.  This new analysis found that: 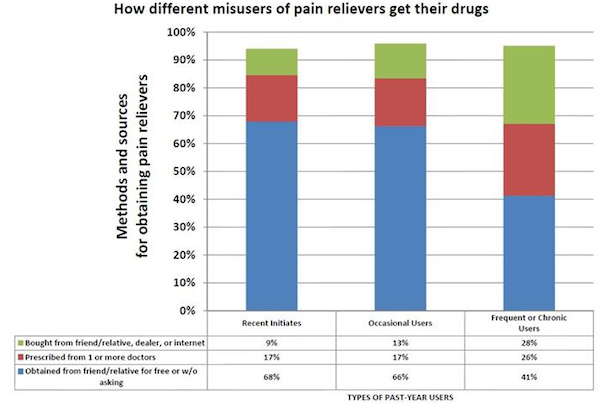 These findings underscore the importance of one of the core elements of the Administration’s prescription drug abuse prevention plan: the proper disposal of unused medications. To help Americans dispose of any unneeded medications in their homes, the Drug Enforcement Administration will host its fourth National Take Back Day on Saturday, April 28th, at over 5,000 collection sites across the United States.

Last October, Americans disposed of 377,080 pounds—188.5 tons—of prescription drugs at over 5,300 sites operated by the DEA and nearly 4,000 state and local law enforcement partners.  In its three previous Take Back events, DEA and its partners took in almost a million pounds—nearly 500 tons—of pills.

To find a collection site near you, visit the DEA’s site locator online.  Additionally, the FDA provides guidelines on how consumers can properly dispose of unused medicines on their own here.

1 Source: Data averaged from the Substance Abuse and Mental Health Service Administration’s 2009 and 2010 National Survey on Drug Use and Health (NSDUH).