Going Green in the City 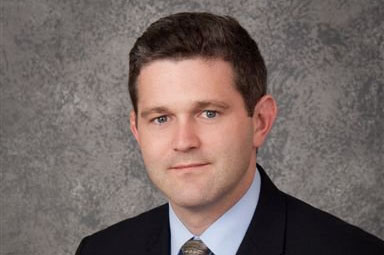 Steve Montle is being recognized as a Champion of Change for his innovative energy priorities and sustainable living practices making a greener community a possibility in any American city or town.

I am honored to have been selected as a Champion of Change for my work with the Center for Community Progress and our community based efforts to create sustainable options for urban redevelopment in Flint, Michigan. While I am pleased to accept this honor, it should be recognized that my work is only a small part of a larger effort by our community to: revitalize our core urban areas, take responsibility for the revitalization of our valuable natural resources, and create a better quality of life for those who live and work in our city.

Flint, like many industrial cities, has seen its share of setbacks in recent decades. Job losses, infrastructure decline, population loss and environmental contamination are all well-documented issues facing Flint and similar cities in Michigan and the Great Lakes Region. However, through strong local leadership and extensive cooperative efforts, our community has begun to turn the corner and build a future based on finding new and creative options to address many of our long-standing development challenges.

It is this tremendous work ethic and creativity that drives our efforts to reclaim our downtown riverfront area, and create a space that is a safe and attractive community asset. My interest in this project began in 2006 as several stakeholders began to envision a redevelopment project along the Flint River that would seek to improve nearly a mile of riverfront property. Included in this area was a 130 acre former manufacturing site known as "Chevy in the Hole" that sat vacant since the mid 1990s. In the Summer of 2009, I began working with a variety of partners to develop a unified vision for redevelopment in general, and more specifically, to build a plan of action to reclaim the vacant "Chevy in the Hole" area. The vision that emerged was to turn "Chevy in the Hole" into a natural green-space that would serve as a corridor between several of the city’s key neighborhoods and the colleges, hospitals and institutions near the area. With this vision in mind we began to develop a plan that would use innovative biological technologies to begin the greening and long-term remediation of the site.

Through a close partnership with the U.S. Environmental Protection Agency, the U.S. Forest Service, the Genesee County Land Bank, and a variety of local agencies, the City of Flint took responsibility for over 60 acres of property in the "Chevy in the Hole" site which now forms the core of the new redevelopment area. Through mixed funding sources, the city has now begun an extensive remediation effort of the site that is largely based on green technologies and bio-remediation, through tree plantings -- phytoremediation. The result of this activity will be: improved environmental conditions, protection of the river, improved site aesthetics and the eventual growth of an urban forest that will connect the key institutions and neighborhoods of the city.

Steve Montle is a Project Manager with the Center for Community Progress in Flint, Michigan, where he works on complex urban redevelopment projects and leveraging governmental and community assets.