Regional Roundup – “You are the Economy”

Yesterday, President Obama traveled to the University of Iowa where he held a roundtable with a few Hawkeyes who receive Stafford federal student loans. Following the roundtable he spoke to a larger crowd of students about the importance of keeping these interest rates from doubling on July 1. Rates are set to spike on July 1 in Congress doesn’t act. And for each year Congress allows the rate to double, the average student with these loans will rack up an additional $1,000 in debt. That’s unacceptable. He’ll continue to fight to keep these rates low and he’ll continue to fight to create an economy that’s built to last. Keeping these rates low is not only good for students, it’s good for the economy.

As the President told students yesterday, “You are the economy.  If you’ve got skills, if you’ve got talents, if you’re starting a business, if companies are locating here in Iowa because it’s got a well-trained workforce, that’s the economy. That’s how we’re going to compete. Making sure our next generation earns the best education possible is exactly America’s business.”

It’s time for Congress to act. Higher education shouldn’t be a luxury, it’s an economic imperative that every family should be able to afford.

Over the past few days Republicans started to climb on board with this idea. That’s a good sign. They still support a budget that could cut sharply the Pell Grant for millions of students, and could eliminate access to work-study job opportunities for one hundred thousand students by 2014 in order to fund tax cuts for millionaires and billionaires. But, it’s good news that they’re coming around to prevent these interest rates from doubling.

Let’s take a look at today's front pages in Iowa: 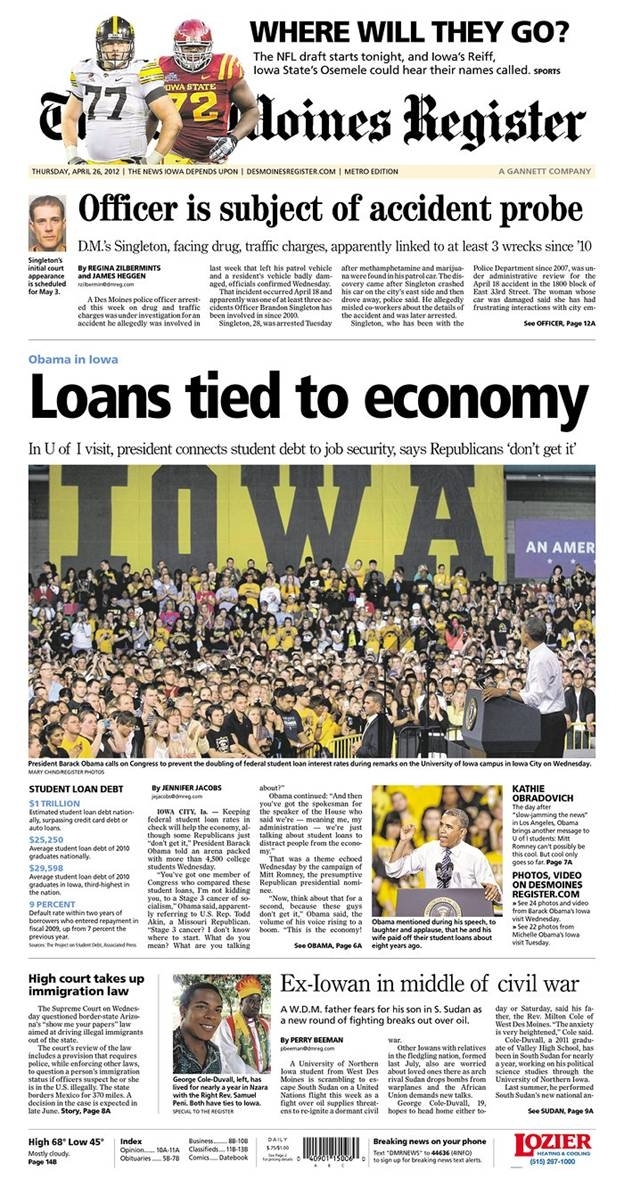 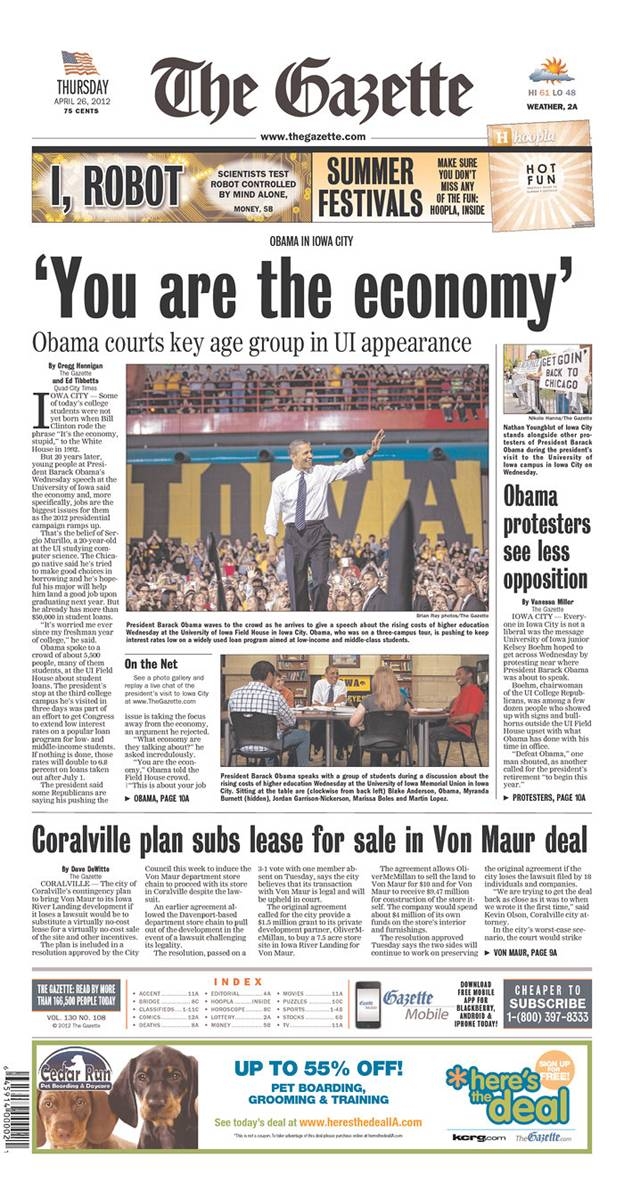 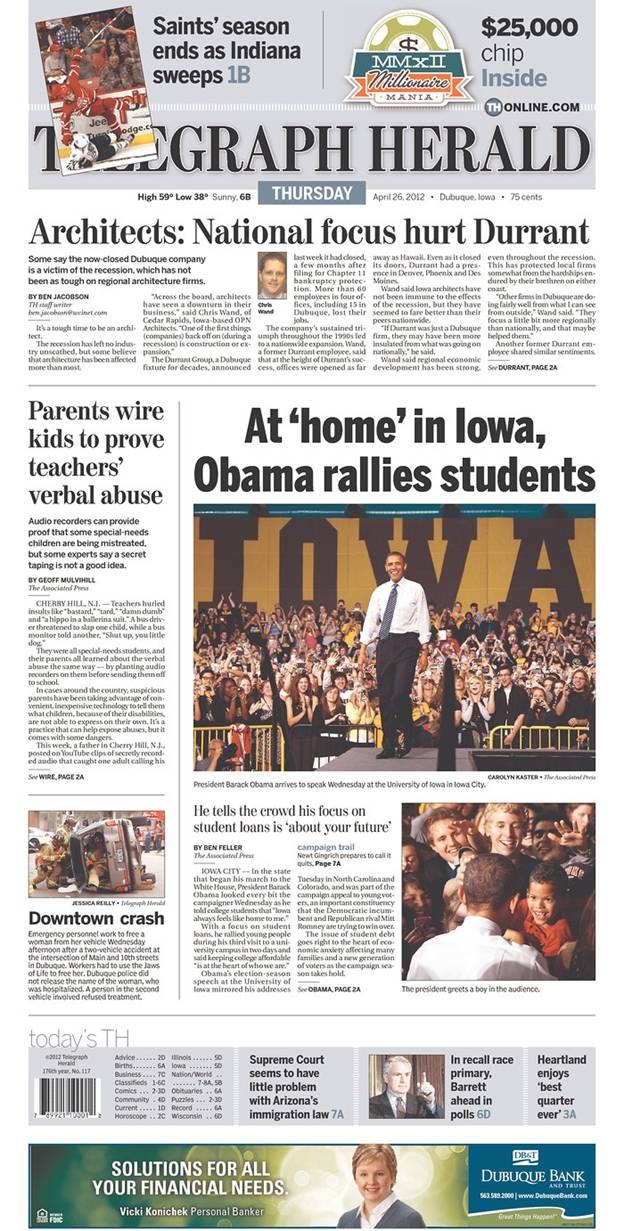 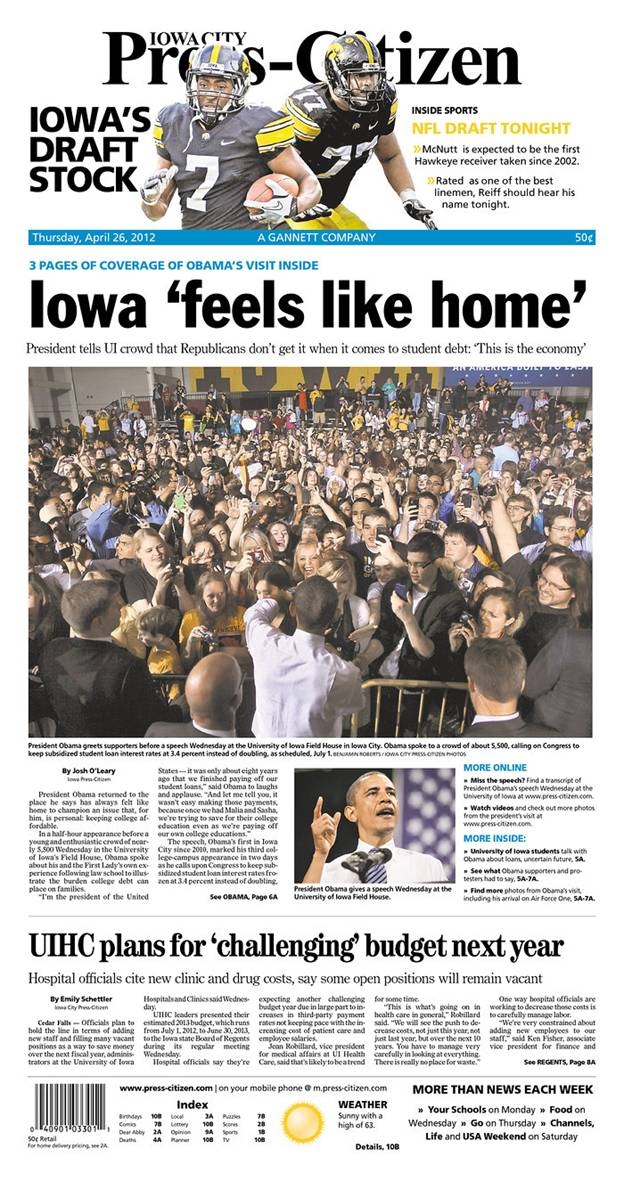 Josh Earnest is the Deputy Press Secretary for the White House.