April 26, 2012 at 10:47 AM ET by Jonathan Greenblatt
Twitter Facebook Email
Summary:
Naila Bolus, President and Chief Executive Officer of Jumpstart, one of the largest part-time AmeriCorps programs, explains that investing in early education is investing in the future. 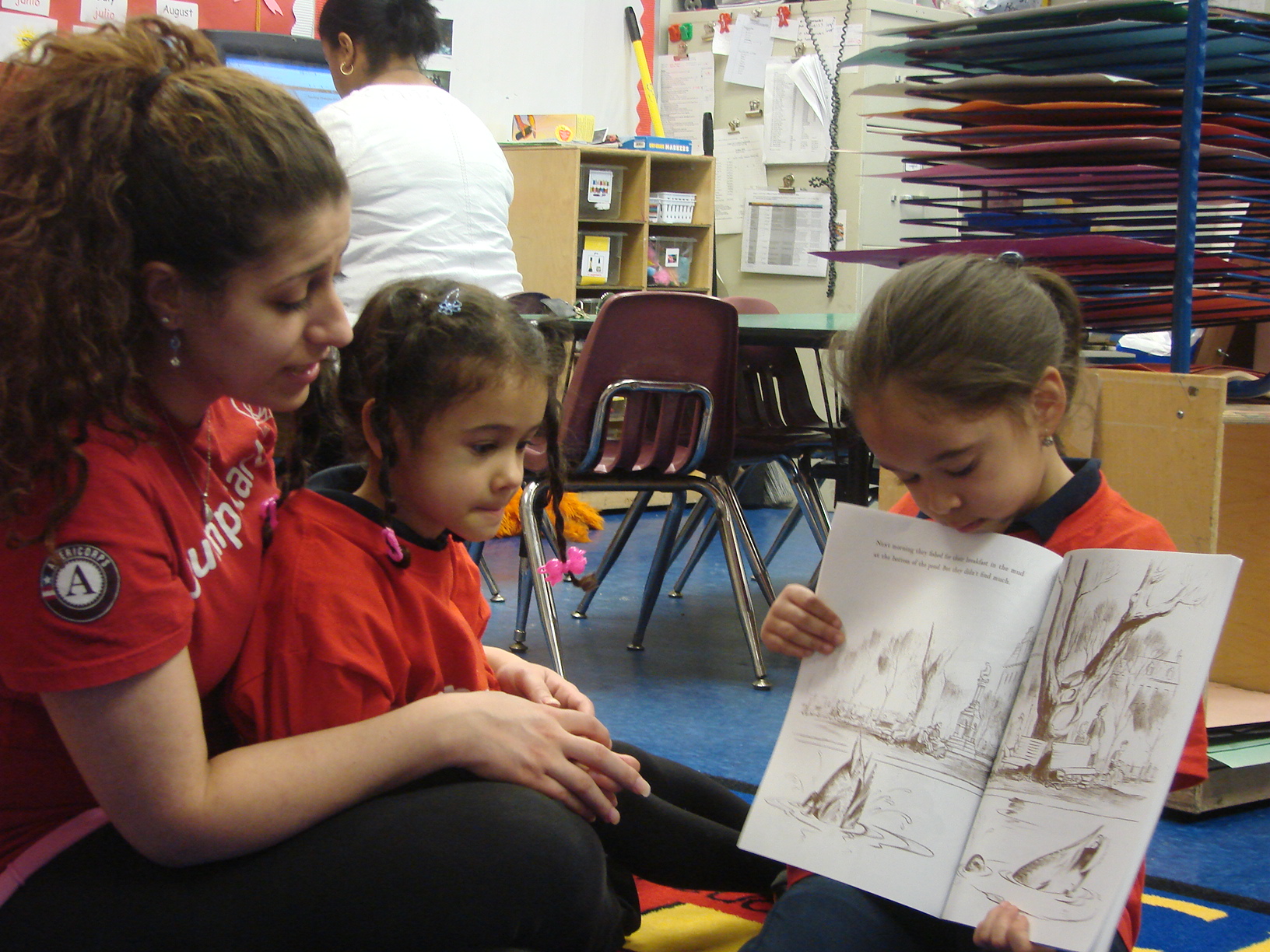 Ed. note: To recognize the impact service members have on young children, the Office of Social Innovation and Civic Participation introduces readers to Naila Bolus, President and Chief Executive Officer of Jumpstart, one of the largest part-time AmeriCorps programs.

In North Philadelphia, 50 Temple University students – all Jumpstart Corps members – have spent the past two semesters immersed in preschool classrooms in one of this city’s most under-resourced communities. Twice each week they trod past garbage-strewn abandoned lots, broken sidewalks and shuttered buildings into classrooms infested with cockroaches. But they can see what many people cannot – the wealth of opportunity in the community and the tremendous potential in the young children they serve. As I sat with a group of eight Jumpstart Corps members this week, they were reflecting on their year of service and the incredible progress made by their “partner” children – e.g. a reticent child now one of the most outspoken; a child who couldn’t recognize the letters in her name now able to write them clearly. As these Jumpstart Corps members prepare to take their final exams, they do so with the pride of knowing that they have helped dozens of children master the language and literacy skills they need to succeed in school and in life.

For too many young children, the neighborhood in which they live remains the greatest predictor for their future success. Indeed, children in low-income neighborhoods start kindergarten 60% behind their wealthier peers[1], and in the absence of high-quality programs – like Jumpstart – this gap only continues to widen as children advance through school and life. Conversely, research tells us that investing in high-quality early education is the best way to increase lifetime productivity and graduation rates while decreasing crime and other societal ills. In fact, as Nobel Laureate and University of Chicago professor James Heckman has shown, every dollar invested in early education produces a return on investment of at least 7% and in some studies as high as 15%.

Investing in early education is investing in the future. This Administration has demonstrated its commitment by calling for increased funding for and improvements to Head Start, establishing the Office for Early Learning in the U.S. Department of Education, and creating the Race to the Top – Early Learning Challenge.

This week marks the Week of the Young Child™, sponsored by the National Association for the Education of Young Children, an annual celebration to raise awareness and advocacy for the importance of early childhood education. As Jumpstart’s program year comes to an end, the Week of the Young Child is perfectly timed. It presents us with the opportunity to reflect on the great service that communities, organizations and individuals across the country are providing to expand educational opportunities for all young children.

Jumpstart is one of the largest part-time AmeriCorps programs training close to 4,000 college students and community volunteers to serve in 500 preschool classrooms in low-income communities. This year alone, Jumpstart Corps members are serving more than one million hours to 10,000 young children. Not just in North Philadelphia, but across the nation, Jumpstart Corps members are singularly focused on unleashing the potential of the young children they serve year-round, and working toward the day all children enter kindergarten prepared to succeed.

To learn more about Jumpstart’s involvement in the Week of the Young Child, visit jstart.org/weekoftheyoungchild or follow me on Twitter @NailaBolus

Jonathan Greenblatt is the Director of the White House Office of Social Innovation.