A Solid Record of Achievements for Indian Country 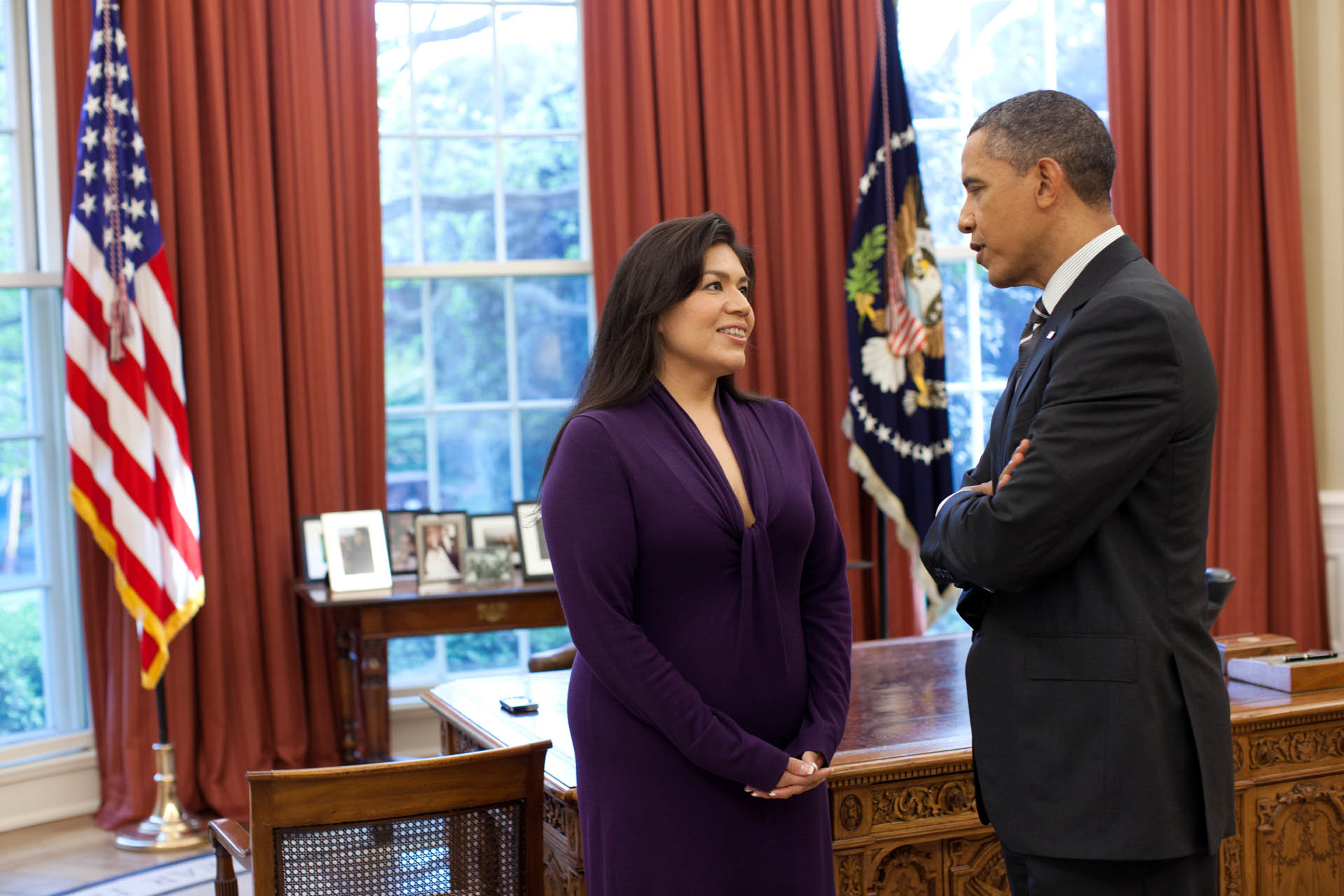 Some people may be surprised to learn that this blog is my last from the White House. Earlier this year, I decided to move on to new endeavors but I am heartened that I leave my position in good hands as my successor will continue to fulfill President Obama's commitment to address the many important issues facing Indian Country.

Words cannot fully capture the joy and privilege of working for President Obama and his Administration as the first Senior Policy Advisor for Native American Affairs in the White House Domestic Policy Council. There are actually several firsts in this Administration. Hilary Tompkins (Navajo Nation) is the first Native American Solicitor of the Department of the Interior. Dr. Yvette Roubideaux (Rosebud Sioux Tribe) is the first woman Director of the Indian Health Service. Tracie Stevens (Tulalip Tribes) is the first woman Chair of the National Indian Gaming Commission. President Obama's commitment to addressing the many issues facing Indian Country put in motion a widespread standard of action that is reflected in his Administration's record of Native American accomplishments, and these appointments ensuring greater representation of Native Americans in his Administration provide just one example. I've had the great honor of working with every Cabinet agency to develop and implement our policy initiatives and legislative proposals. And working together, we have achieved much -- though we know more remains to be done.

Having held this position since 2009, I will cherish my memories pertaining to the three White House Tribal Nations Conferences, the Administration's consultation with Indian Country on education, health, economic growth and public safety policies, and its support for legislation that promotes tribal self-determination. In my time here I was also able to witness the resolution of several significant and longstanding disputes that had for too long clouded the shared history of the United States and Indian tribes. And I am deeply grateful for the opportunity to work towards the Administration's support of proposed legislation that will bring justice to Native American victims of domestic violence. Just this week, I was pleased to witness the Senate passage of the bipartisan Violence Against Women Reauthorization Act, which included tribal-jurisdiction provisions supported by the Administration. These are important items indeed and are examples of the Obama Administration's efforts to strengthen the relationship with tribal governments. However, my most precious moments involve the policy discussions between my talented and dedicated colleagues and wise tribal leaders. Through these important interactions emerged an improved relationship and better policies.

President Obama's deep and abiding belief that tribal leaders should and must have a voice in the development of a policy agenda for Indian Country is truly extraordinary. Since my first day of service in the White House, I have been a part of a team much larger than the constituency I serve. This White House honors and respects its relationship with Indian tribes and includes Indian Country in its broader policy initiatives. This Administration is informed about Indian Country's needs and because of that, we can make informed decisions. I am excited for the future of Indian Country. I could not feel more blessed than I do right now knowing that I played a small part in improving the lives of Native Americans.

I look forward to my life post service spending more time with my family. I hope our paths cross again. As we say in Cherokee, wa-do, do-da-da-go-hv-i. Thank you. Until we meet again.