April 30, 2012 at 5:05 PM ET by Megan Slack
Twitter Facebook Email
Summary:
President Obama and Prime Minister Noda of Japan lay out a new joint vision to guide the U.S.-Japan Alliance, and shape the Asia Pacific region for decades to come. 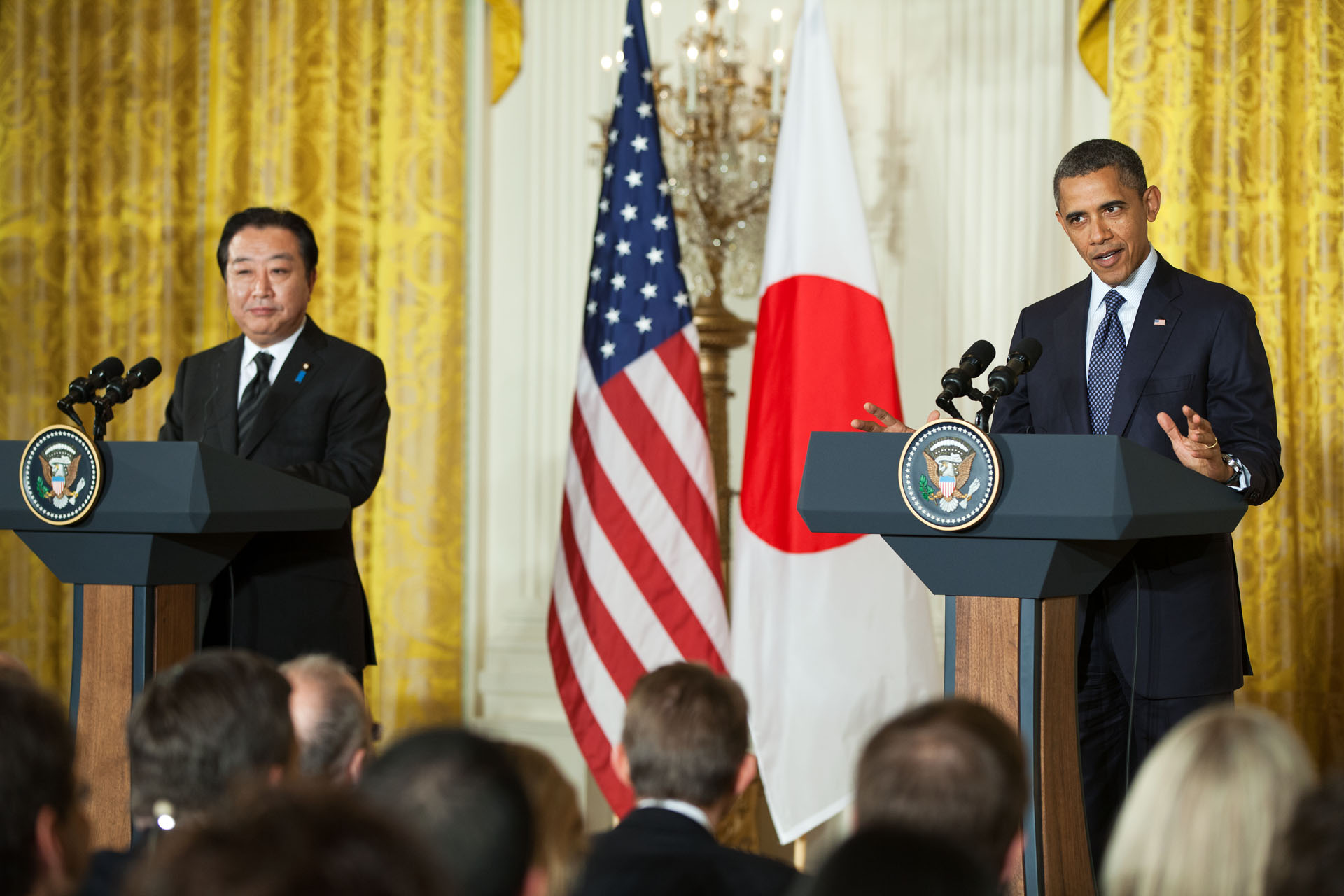 Today, President Obama and Prime Minister Noda of Japan met to reaffirm the U.S.-Japan Alliance, a 60-year-old partnership between the two nations based on friendship and a commitment to peace.

Meeting just a month after the first anniversary of the Great East Japan Earthquake, and the tsunami and nuclear crisis that followed, President Obama said that “we’ve seen that friendship on display very profoundly over the past year.”

“I’m told that over the past year many Japanese have found strength in what they call "kizuna" -- the bonds of solidarity between friends and neighbors; bonds which cannot be broken.  Mr. Prime Minister, the same could be said of the bonds between the United States and Japan.  And today we welcome you in that spirit.”

Following a bilateral meeting in the Oval Office, the two leaders laid out a new joint vision to guide their alliance, and shape the Asia Pacific for decades to come. President Obama explained the four main points:

First, we recognize that the U.S.-Japan alliance will remain the foundation of the security and prosperity of our two nations but also a cornerstone of regional peace and security.  As such, we reviewed the agreement that our governments reached last week to realign American forces in Japan.  This reflects our effort to modernize America’s defense posture in the Asia Pacific with forces that are more broadly distributed, more flexible and more sustainable.  At the same time, it will reduce the impact on local communities, like Okinawa.

Second, our joint vision commits us to deepening our trade and investment.  We’re already among each other’s top trading partners, and our exports to Japan and Japanese companies here in the U.S. support more than 1 million American jobs.  But there’s more we can do, especially as we work to double U.S. exports.  So I appreciate the Prime Minister updating me on his reform efforts in Japan, including liberalizing trade and playing a leading role in Asia Pacific’s economy.  We instructed our teams to continue our consultation regarding Japan’s interest in joining the Trans-Pacific Partnership, which would benefit both our economies and the region.  And we agreed to deepen our cooperation on nuclear safety, clean energy and cyber security to enhance our economic competitiveness.

Third, our joint vision lays out the future we seek in the Asia Pacific -- a region where international rules and norms are upheld, where nations contribute to regional security, where commerce and freedom of navigation is not impeded and where disputes are resolved peacefully.  As such, we continue our close consultations on the provocative actions of North Korea, which are a sign of weakness and not strength, and only serve to deepen Pyongyang’s isolation.  And we discussed the changes underway in Burma and how our two nations can both reward progress there while encouraging more reforms that improve the lives of the Burmese people.

Fourth, our joint vision reaffirms our role as global partners bound by shared values and committed to international peace, security and human rights.  For example, our nations are the largest donors in Afghanistan.  As we plan for the NATO Summit in Chicago and the next phase of the transition in Afghanistan, Japan is planning for a donor conference to sustain development there.