May 1, 2012 at 1:43 PM ET by Brad Cooper
Twitter Facebook Email
Summary:
The Military Officers Association of America (MOAA) hosted a career fair to join servicemembers, veterans and their spouses with job opportunities from nearly 100 employers.

Last week, the Military Officers Association of America (MOAA) held a military career fair in Washington DC, giving our service members, veterans and their spouses a chance to connect with meaningful employment opportunities from nearly 100 employers.

This career fair was especially impactful because of its focus on military spouses, who have sometimes been out of the workforce for extended periods of time. The day included two motivational workshops for military spouses, which left them feeling confident and lifted.

“I was inspired, rejuvenated and ready to confront the challenges of job-hunting,” said Beth Jarvis, an Army veteran and military spouse. 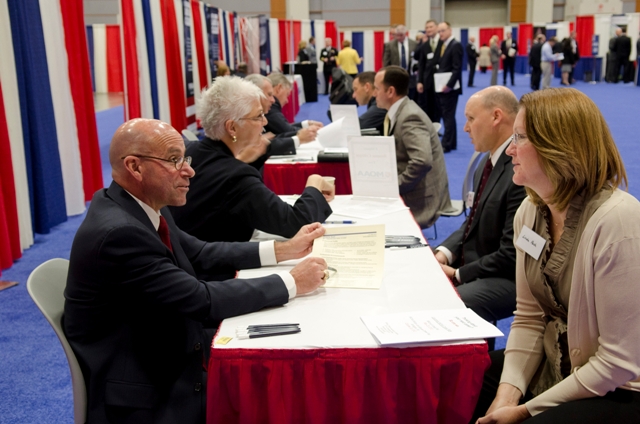 Service members, veterans and their spouses recieve feedback on their resumes at a career fair hosted by the Military Officers Association of America (MOAA) in Washington, DC. (April 24, 2012; Washington, DC) 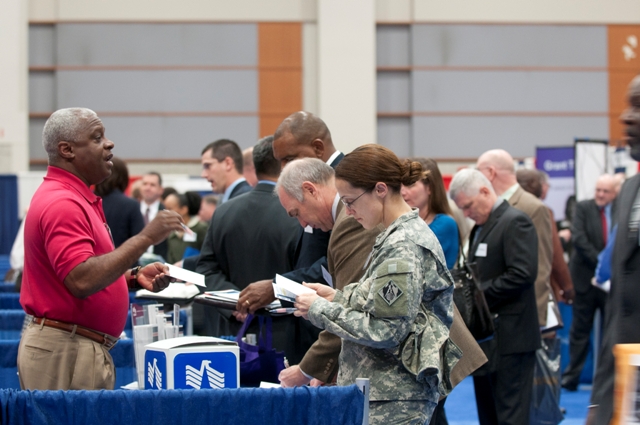 Carol Fishman Cohen, the co-founder of a company called iRelaunch.com, led the morning workshop. Carol shared her story of returning to work after 11 years out of the workforce, as well as case studies of real military spouses who went back to work after a long absence.

“The session with Carol was entirely relevant and the information she shared was rich food for thought and immediately actionable,” said military spouse Cornelia Mason.

“You could not have put together a more authoritative, inspiring and dynamic panel of speakers for the lunch session,” Mason said.

Jane Watrel, a News4 journalist and a military spouse, moderated the panel and produced a story about the day. Check out the coverage and learn more about MOAA’s career conferences here.

Brad Cooper is the Executive Director of Joining Forces.